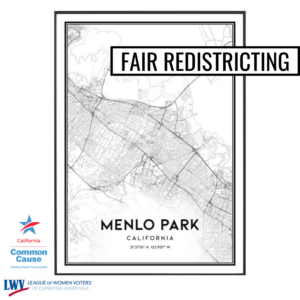 CA Common Cause is a non-partisan, grassroots organization dedicated to restoring the core values of American Democracy, reinventing an open, honest and responsive government that works for the public interests, and empowering ordinary people to make their voices heard. To achieve this, we work to establish independent redistricting commissions to draw the new city council district lines using the 2020 Census. We believe that voters should choose their politicians, politicians should not choose their voters. We advocate for redistricting done by the people and for the people.

We believe we get better district lines, and avoid gerrymandering, when independent, community-run redistricting commissions are in charge, instead of politicians.

There are four redistricting models used to draw new district lines for cities and counties:

*Redistricting by City Councils and Boards of Supervisors:

*Hybrid Redistricting Commission: This model is a combination of an advisory and independent commission. This type of commission will have the power to draw and adopt new district lines. However, they are required to take into consideration the input from the Board of Supervisors or City Council. This commission can implement those considerations or not.

* Independent Redistricting Commission: This model provides the commission full independence from the Board of Supervisors or City Council. The independent redistricting commission holds hearings, draws draft maps, and adopts a final map. Typically, independent commissions do not consider incumbent addresses or partisan advantage.

Why you should take part in conversations about redistricting

Congratulations to the residents of Menlo Park for your work to establish an Independent Redistricting Commission. We know that a few dedicated people can make a difference! The application to apply to be a commissioner is available @ tinyurl.com/zfijkfysj Please spread the word!! 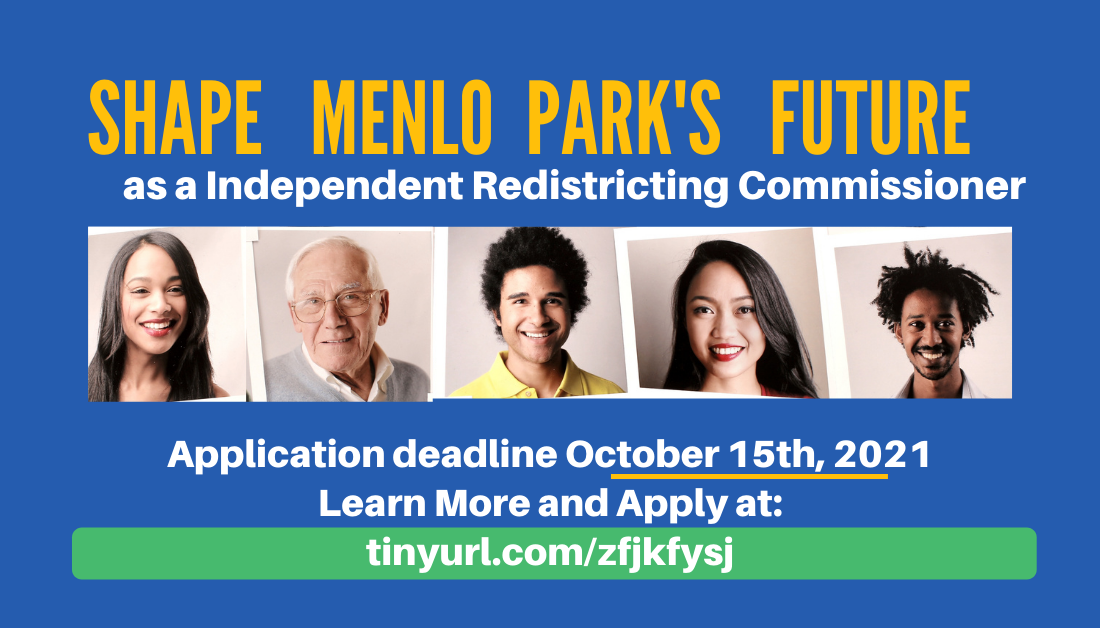 Our work is not over. We invite  you to participate in the Menlo Park mapping process. Check out the city’s website for updates on meetings, mapping tools and ways to comment on the process here:

For more information on how to implement a community-led Independent Redistricting Commission in your city or county contact Helen Grieco at hgrieco@commoncause.org

Local Redistricting in my Area

The California Local Redistricting Project is a joint effort of California Common Cause and the University of the Pacific, McGeorge School of Law to provide educational resources and assistance to local jurisdictions interested in moving away from political redistricting towards independent redistricting. The Project is made possible due to funding by the James Irvine Foundation.

In 2008, California Common Cause led a coalition that drafted and passed the historic Voters First Act, which took a significant step toward ending gerrymandering in California. This ballot initiative stripped California legislators of the power to draw state legislative districts and created the Citizens Redistricting Commission (CRC). In 2010, we won again when Californians passed a separate initiative, the Voters First Act for Congress, that added congressional districts to the CRC’s mandate. The CRC is now a national model for redistricting reform that is the basis for proposals that will be on the ballot in several states this November.

The graphic below demonstrates the selection process for commissioners who serve on the CRC: 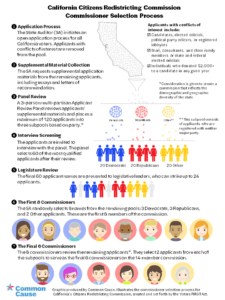 For more information on how to implement a community-led Independent Redistricting Commission in your city or county contact Helen Grieco at hgrieco@commoncause.org