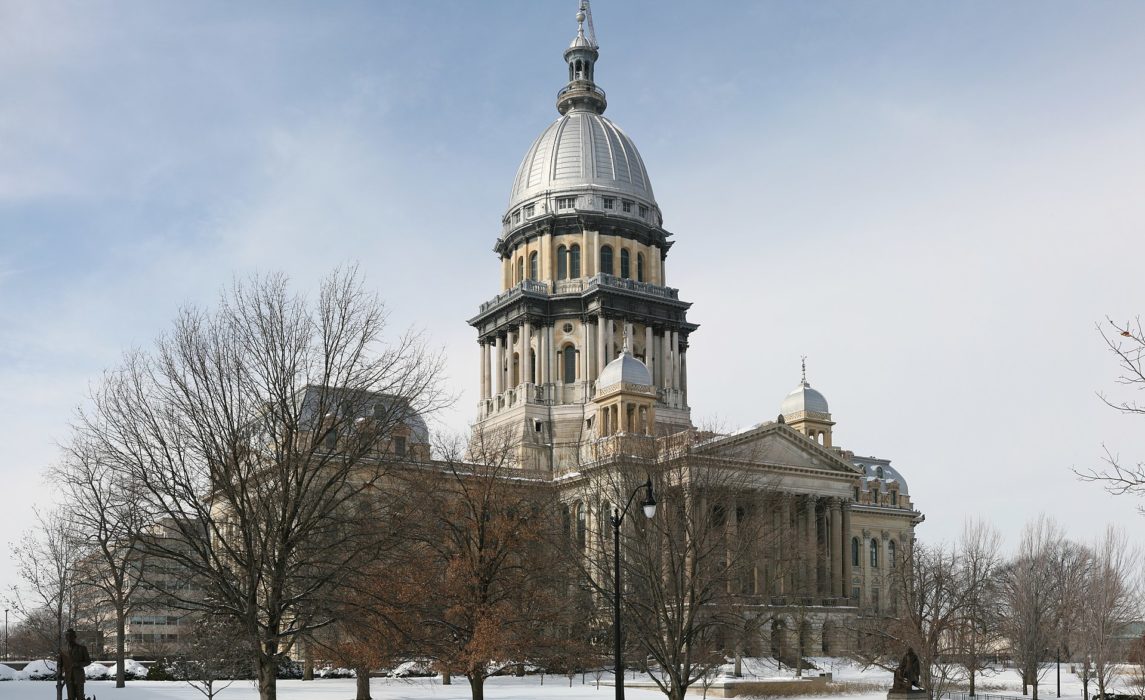 Written Testimony of Jay Young
Executive Director, Common Cause Illinois
Before the Joint Commission on Ethics and Lobbying Reform

Good morning. Chairperson Simms, Chairperson Harris, and honorable members of this Joint Commission on Ethics and Lobbying Reform, thank you for inviting me to share my views on lobbying reform this morning. My name is Jay Young, and I have the privilege of being able to serve as the Executive Director of Common Cause Illinois. Common Cause is a nonpartisan grassroots organization with more than one million members across this country, including the 33,000 individuals that live here in Illinois. Together, we are dedicated to upholding the core values of American democracy, and work to create an open, honest, and accountable government that serves the public interest, promotes equal rights, opportunity, and representation for all.

As everyone in this chamber well knows, a number of recent news stories have understandably brought public attention to the laws, rules, and enforcement mechanisms regulating the interactions between lobbyists, elected officials and their staff. I appreciate that the General Assembly is under enormous pressure to act quickly to deal with the perceived inadequacy of that regulatory system. The good news is that these stories could provide the boost required to enact long-needed changes in that system. The bad news is that whenever one attempts to produce a rapid response without sufficient deliberation, one risks producing a flawed product, one that fails to deal with the problems identified and possibly even does more harm than good. Fortunately, I know that Common Cause and my colleagues that are testifying before you today stand ready to work with you to fully analyze the issues at hand and to support reforms that help to restore the faith of the people of Illinois.

As I sought to organize my thoughts in advance of today’s hearing, I came across a Depaul Law Review article that was written by one of my predecessors in the Spring of 1978 analyzing the efforts to reform the Lobbyist Registration Act that had been introduced during the 80th General Assembly. See Lee Norrgard, L., Lobbying Laws in Illinios: An Incomplete Reform, 27 Depaul Law Rev. 761 (1978). While I have no idea how on earth he found the time to write such a thing, I find that the framework that he devised for analyzing such reforms mirrors my own: First, the changes must be transparent enough to allow elected officials to understand the source and size of the pressures that they are subjected to from outside sources. Second, they must make it easier for public officials to resist undue or unethical pressures, and provide the tools to investigate unethical practices. Third, the disclosures must provide the electorate with a means of determining whose interests public officials are serving, since (and I’m quoting here) “[a]n informed electorate and an informed legislature constitute the essence of a democratic society.”

I would only add a couple of items to this list. One, the General Assembly would do well to ground any proposed reform in a community-based and equity-centered analysis. It is, perhaps, beyond the scope of today’s hearing to spend too much time on the unintended consequences of the City of Chicago’s recent efforts to impose its disclosure rules on smaller local nonprofits. Nevertheless, it is important to insure that communities have a voice in these processes to prevent chilling valuable political speech from underresourced advocates that you need to hear. Finally, it is my hope that our current circumstances will permit the members of this body to give due consideration to good ideas regardless of the side of the aisle that it comes from.

With these principles in mind, Common Cause Illinois would recommend that this Commission and the General Assembly adopt the following necessary reforms:

Under sections 1-109 and 2-101 of the Illinois Governmental Ethics Act, it is impermissible for a state representative or senator “to promote or oppose the passage by the General Assembly of any legislative matter affecting the interests of any individual, association or corporation as distinct from those of the people of the State as a whole.” However, those same legislators are free to promote the individual interests of a company or corporation before other legislative bodies around the state. The risk of actual or perceived conflicts of interest are self-evident, and we should take immediate steps to curtail the practice.

There are multiple legislative vehicles that are currently pending before the General Assembly that could accomplish this goal. Common Cause Illinois currently prefers the approach that has been taken by House Bill 3947 in its treatment of the definition of “lobbying” in the proposed language of section 2-101(c). We take no position with regard to the criminal penalty provisions of that bill’s proposed section 2-101(b).

This ban on lobbying activities should also extend beyond a legislator’s term of office. Illinois is one of only a handful of states in the nation where a legislator can retire from their office in Springfield one day and return the next as a lobbyist for a special interest. These newly minted lobbyists have a wealth of inside information and close personal connections with their former colleagues that necessarily gives rise to a bias that is impossible to guard against – it’s human nature to favor those that we already like. Moreover, the promise of securing a lucrative position as a lobbyist produces a temptation to engage in corrupt activities – or, at the very

least, the appearance of potential corruption that is hard to overcome. It is for these reasons, that our Ethic Code wisely mandates a one-year “cooling off” period for state employees in the procurement context and a two-year period for holding ownership interests in a cannabis business establishment.

There are multiple revolving door bills that are currently pending in both the House and Senate, and, at this time, Common Cause Illinois doesn’t necessarily favor one bill over another. That being said, we do prefer models such as that which is used by our friends in Iowa, which includes a two-year prohibition on lobbying by legislative and executive officeholders or staff with significant decisionmaking authority. Iowa Code §§68B.5A, 68B.7.

The last reform that I would recommend at this time relates to the Statements of Economic interests that legislators are required to file pursuant to the Illinois Governmental Ethics Act. Financial disclosures are vital tools that allow us to anticipate where our elected officials might have a conflict of interest, and they are particularly important in Illinois where our state legislators who frequently supplement their income with other work. We believe that the Statements of Economic Interests that our legislators are asked to file fall well short of what is needed to hold them accountable.

Our current statement of economic interest form is only eight questions long and only one of the questions explicitly addresses lobbying. The narrowly-tailored questions seem to provide plenty of opportunity to shield relationships, say by routing funds through an intermediary. And it’s my understanding that oftentimes elected officials simply respond with an “N/A” for many of these questions.

We can do better. States from California to Massachusetts, have seemed to have done a better job of protecting the public with these disclosures than we have. Common Cause Illinois is not saying that we should adopt any one of these other forms, but there’s plenty of opportunity to improve upon what we do have.

Once again, thank you for the opportunity to appear before you today, and I look forward to answering any questions that you might have.