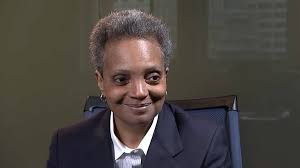 Jay Young, Executive Director of Common Cause Illinois, was selected by the Mayor-elect to be on her Good Governance Transition Committee and worked with other Committee members to craft the plan. “Corruption and lack of transparency  aren’t abstract concepts. They have a real impact on the lives of Chicagoans. Tackling those issues and others in her first 100 days shows that the Mayor recognizes progress on every issue — whether it’s education, healthcare or jobs — requires a commitment to open and accountable government.”

Specifically, the plan makes city government more open and accessible through open data, calls for greater transparency in how the city does it business, and increases disclosure requirements. It paves the way for increased civic participation through proposed reforms on campaign finance, voting and ballot access. The plan also proposes a city Hatch Act limiting the campaign activities of city employees and increases the role of the Inspector General.

“It may feel like the Chicago Way is inevitable, but it isn’t. We the people have the power to change the system by holding our elected officials accountable and fighting for reforms like this that can make a real difference on Day One for all Chicagoans,” Young stressed.

Common Cause Illinois is a nonpartisan, nonprofit democracy reform organization with over 40,000 members across the state. It is the state branch of Common Cause, a national advocacy group with over 1 million members.  Our members fight for reform on issues such as ethics and accountability, campaign finance, gerrymandering, representation, and more.