09.7.2021 / By Michael Copps, Former Chair of the Federal Communications Commission. Common Cause National Governing Board

Successful self-government depends upon a well-informed citizenry. Democracy is premised on the belief that an informed electorate is best able to set the course of government. But if we the people are denied the news and facts needed to make sound judgments, we will make decisions that harm our nation. 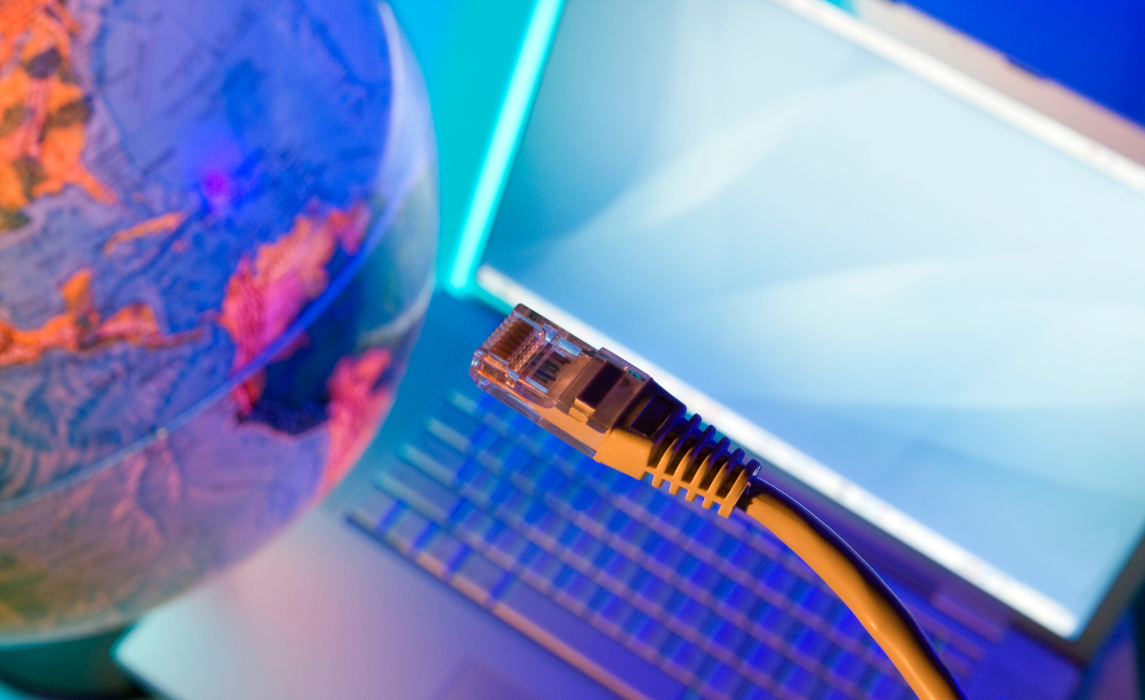 Isn’t it curious how so many “conservative” politicians are calling for regulation and even the break-up of the internet giants? That’s not what they’re supposed to be doing to remain true to themselves, is it? Historically, government oversight and trust-busting have been anathema to these folks, but as we’ve learned over the past several years, consistency of thought is often left in the distant wake of their crusade for partisan advantage. Their goal is to replace internet openness by limiting free speech and opening the floodgates for still more media disinformation. 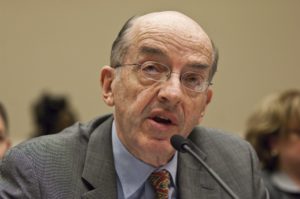 But let anyone suggest more oversight and less industry consolidation for traditional media—the giant television and cable industries—and these same politicians and their camp followers take to the barricades to ward off any hint of public oversight. “Too intrusive”, we’re told—unacceptable and unconstitutional. Taking the cake are many in these older traditional media companies who are only too happy to sign on to the battle against the new media of the internet, as long as it diverts attention and action against their own monopolies, which are as threatening to the public interest as anything the “new” guys are doing

It might be amusing if it wasn’t so dangerous. But the sad fact is that America’s news and information ecosystem is eating away at our democracy.  And we are not paying attention, partly because neither traditional nor new media are living up to their responsibility to cover the issue. They’re not about to discipline themselves. (And how laughable it is to see expensive ads from Facebook saying that it supports updating internet regulations when, of course, they will fight to the death anything resembling real public interest oversight.) The larger point here is that successful self-government depends upon a well-informed citizenry. Democracy is premised on the belief that an informed electorate is best able to set the course of government. But if we the people are denied the news and facts needed to make sound judgments, we will make decisions that harm our nation. I will forgo documenting how far down the road of regrettable decision-making we already have traveled.

Big Media, both traditional and online, are not all that different. They’re consolidated, corporatized, and dedicated to the same goal— the bottom line. To get there they have gobbled up the competition, discouraged independent entrepreneurship, ignored community needs, diminished fact-based news, and turned consumers—you and me—into nothing more than products to be sold to advertisers. 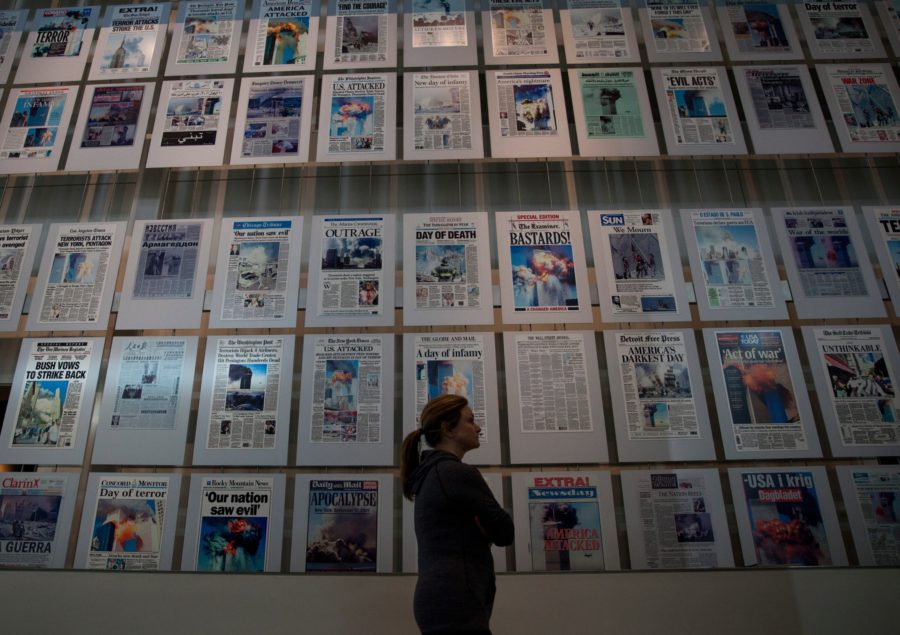 Real journalism be damned! The only game that counts is television ratings, subscriber numbers, and online user engagement. Local community journalism is a shell of its former self, and the truly independent outlets that remain (yes, some still actually exist) are fighting an uphill battle to survive. Across the nation, newsrooms have been shuttered, downsized, or merged. Newsroom employment is half what it was 15 years ago. Mostly we get “if it bleeds, it leads” news, celebrity weather forecasters, and sports.  Consolidated media pump out infotainment at the expense of investigative journalism. Whole “beats”—like coverage of statehouses (where a lot more legislation gets passed than in Congress) and local governments—are largely a thing of the past. Partisan opinion-mongering is the order of the day. It is the enemy of our nation’s needs.

Some argue that online journalism compensates for the loss of traditional media’s news and information. That’s ridiculous. Most of the “news” we read online is produced by newspapers and television. The online giants put it out amidst a bevy of ads from whence they make barrels of money. But they give the producers of that news nothing, or a pittance, for it. To be clear, there is no model for online news infrastructure. Yes, there are a number of successful online sites, but they are few and far between, and the numbers of people they employ make hardly a dent on the growing extent of newsroom unemployment.

How to fix this and give the American people the news and information they need? Well, there is no silver bullet. I don’t even know that commercial media’s news and information can be fixed in the current environment. Repair would involve anti-trust, to be sure, because no corporation in a democratic society should be allowed to wield such power and influence as these giants do. Repair would also involve public interest oversight by agencies such as the Federal Communications Commission and the Federal Trade Commission. At the FCC, we used to have rules, regulations, and guidelines for broadcasters if they wished to be licensed to use the airwaves which belong not to them, but to all of us. Most of these have been abandoned or ignored. They need to be (1) brought back and (2) strengthened. But it will take a hard push from the Administration and the independent agencies to make this happen. Congress must be involved, too, and pass reforms that not only provide short-term financial support for local media, but also make investments to address the civic information needs of our communities. But with the lobbying power and bottomless buckets of campaign contributions from big interests, it’s a very steep hill to climb. Administrations and agencies under both Republicans and Democrats have failed the task.

Both traditional and online media must be coherently and similarly addressed. That doesn’t mean everything that applies to one must apply to the other, but it does mean that we should not treat them dissimilarly or single out one for attention while ignoring the other. They are joined at the hip. It is one news and information infrastructure that we are talking about.

Part of the solution must involve publicly-supported media. The amount of money Congress appropriates each year for public broadcasting is a drop in the bucket compared to what other democracies invest in theirs. We get a good return from these limited dollars, but public stations around the country require real money to produce real community news. I have often said public broadcasting is the jewel of broadcasting, but Congress and successive Administrations have denied it anything approaching its real needs. And there must of course be meaningful support for online public media.

My preference is for a mix of actions. Antitrust, public interest rules and regulations, and greatly enhanced support for public media are each an essential part of a successful news and information strategy. Media that reflect the public interest, inform our civic dialogue, and advance the chances for successful self-government in a challenged nation are, I believe, the most important infrastructure of all.

Michael Copps served as a commissioner on the Federal Communications Commission from May 2001 to December 2011 and was the FCC’s Acting Chairman from January to June 2009. His years at the Commission have been highlighted by his strong defense of “the public interest”; outreach to what he calls “non-traditional stakeholders” in the decisions of the FCC, particularly minorities, Native Americans, and the various disabilities communities; and actions to stem the tide of what he regards as excessive consolidation in the nation’s media and telecommunications industries. In 2012, former Commissioner Copps joined Common Cause to lead its Media and Democracy Reform Initiative. Common Cause is a nonpartisan, nonprofit advocacy organization founded in 1970 by John Gardner as a vehicle for citizens to make their voices heard in the political process and to hold their elected leaders accountable to the public interest. Learn more about Commissioner Copps in The Media Democracy Agenda: The Strategy and Legacy of FCC Commissioner Michael J. Copps