There are solutions to the problems of mass incarceration, and citizens in more and more states are mustering the political will to bring them about. 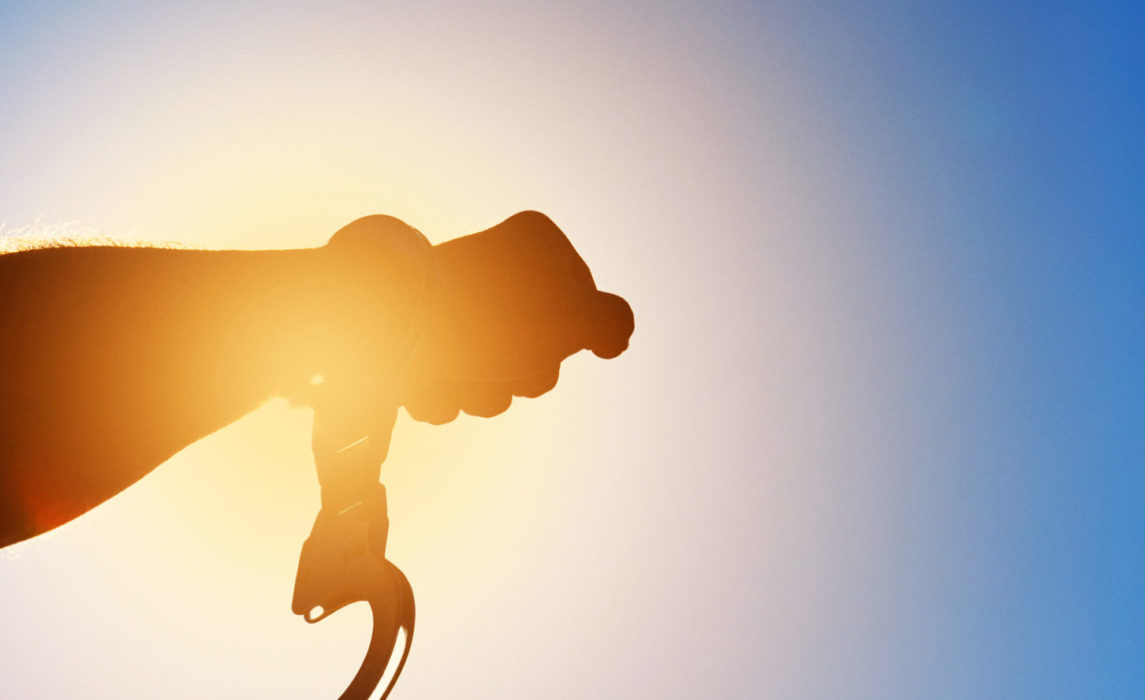 The denial of voting rights to persons with felony records robs those who are the most deeply affected by the system of a voice in changing it.

Recently, the news cycle was dominated by headlines about immigrant children separated from their parents and detained in “tender age” shelters.

Disturbing photos, videos and audio captured at the border of sobbing, traumatized immigrant children caused many Americans to do some soul searching. Is this the nation we aspire to be?

But that searching shouldn’t stop with the heartbreaking treatment of mothers, fathers and young children seeking freedom and safety at our southern border.

It should also extend to the male and female inmates separated from their children because of mass incarceration and criminalization. Like detentions at the border, there’s a political drive behind the nation’s incarceration problem that fundamentally destroys American democracy.

Across the United States, more than 2.3 million people are incarcerated and, as a consequence, separated from their families. That’s an increase of 920 percent from the mid-1970s, when the incarcerated population was 250,000.

And more than 6.7 million people in prison, on probation and on parole live under court-ordered supervision.

Mass incarceration and criminalization fundamentally undermine the legitimacy and integrity of our democracy. Our nation’s epidemic of mass incarceration is fueled by many of the same political forces that distort and corrupt other areas of government policy and action: the influence of special interest money in elections and lobbying, partisan disputes over voting rights and redistricting, abuses of power and ethical breaches.

Although the Constitution guarantees equal protection under the law, America’s mass incarceration does not affect all communities equally.

Black men without high school diplomas are three times more likely to be imprisoned than white men of the same education level and age group. And though Americans of all ethnicities use and sell illegal drugs at similar rates, African-Americans are 2.7 times more likely to be arrested and are 6.5 times likely to be incarcerated for drug-related offenses at the state level. Black Americans also receive harsher sentences than whites when controlling for the seriousness of the offense and criminal history of the offender.

Our democracy must match our values

To align those systems with our values could require us to make changes to our democracy.

Felony disenfranchisement — the denial of voting rights to persons with felony records — robs those who are the most deeply affected by the system of a voice in changing it.

Prison gerrymandering, which counts prisoners as residents of their prisons rather than their home communities for the purpose of drawing political boundaries, stacks the political deck against medium size and large cities. The process effectively gives communities around prisons, which are disproportionately white and rural, additional representation while stealing people and votes from home communities, which are generally urban areas. This can produce results that are unfair, even absurd.

These issues are compounded by the increasingly profitable industries that service many American prisons and use their wealth and influence to obtain lucrative contracts, lobby for industry-friendly legislation, and help elect candidates who are supportive of their cause, which is to fill more prisons with prisoners.

Criminalizing and imprisoning massive numbers of people, devastating families and communities, and disproportionately targeting people of color and the poor is not the way a society lives up to claims that everyone is equal under the law.

Despite the bleak picture of mass incarceration and criminalization, we can fix this problem. Better money-in-politics disclosure laws and public campaign-financing programs can help everyday Americans hold elected officials accountable. We must be strong and determined enough to replace politicians when we find out they’re in the pockets of wealthy special interests.

Activists around the nation are working successfully to restore voting rights to those convicted of felonies in the 12 states that have some sort of lifetime bar for such individuals, and to reduce the burdens of voting rights restoration in other states.

And four states — California, Delaware, Maryland and New York — have passed legislation to end prison gerrymandering, with the fight to end the practice continuing around the nation.

There are solutions to the problems of mass incarceration, and citizens in more and more states are mustering the political will to bring them about.

Karen Hobert Flynn is president of Common Cause, and Keshia Morris heads the organization’s Census and Mass Incarceration Program.

Common Cause recently published a report, “Democracy Behind Bars,” on the issues and solutions addressed in this column.