There are some elections which prove to be more important than others in the operation of our democracy. One such election is this November. This importance will require voters truly concerned about the health of our nation's democracy to put the current state of hyper-partisanship, and too often single issue voting, aside and do some broader candidate analysis. 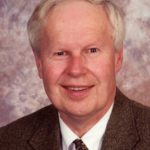 There are some elections which prove to be more important than others in the operation of our democracy. One such election is this November. This importance will require voters truly concerned about the health of our nation’s democracy to put the current state of hyper-partisanship, and too often single issue voting, aside and do some broader candidate analysis.

Since the Citizens United court decision, with corporations now considered persons and unlimited campaign spending part of free speech, we have seen a flood of special interest money flow into campaigns, fueling the purchase of literally thousands of inane, purely character assassination media ads. At this writing, the Koch brothers alone have already spent over six million dollars trying to defeat U.S. Senator Tammy Baldwin. We must elect candidates who will stop this insane campaign spending, and return to elections which solve our nation’s real problems.

Gerrymandered legislative districts have created a majority of safe districts drawn by politicians solely for their own job security, and which disenfranchise millions of voters who are not of the favored party in those districts. Rigged districts have often made the general election irrelevant, and the low turn-out primary the true election. In a contested primary, the winner with a single digit percentage of the total low vote cast can realistically become the officeholder. We need candidates who support non-politician drawers of the districts which respect voters, community of interest, and media coverage areas.

Difficult to obtain voter ID cards, purged voter rolls, closed strategic polling places, purposely posted wrong voting information, and false postings aimed at creating further societal divisions and unrest, are all fully in place and operational in today’s United States. Some of the latter, aided and abetted by Russian computer experts who even colluded with unscrupulous U.S. campaigns, are not only illegal but treasonous. There are hundreds of politicians in office today who have created this shameful situation, or at least sit by silently, only because these outrageous practices benefit them and their political party. We need candidates who will work to stop the above war on our nation’s democracy, punish the offenders, and enact further voting enhancements and voter safeguards.

Our democracy has been hijacked by selfish special and monied interests, turning our democracy from of, for, and by the people to one serving the few. The tools they have put in place to accomplish and perpetuate this condition are terrible and shameful. When you vote, cast your vote for candidates who will address and stop the practices and activities which are rotting away at our democracy.

Calvin Potter, of Sheboygan Falls, was a Democratic State Representative from 1975 to 1991 and a Wisconsin State Senator from 1991 to 1999. He currently serves on the Common Cause in Wisconsin State Governing Board.