All three branches of Wisconsin government continue to be infected with the political equivalent of the emerald ash borer. The Supreme Court, the Legislature and the Governor’s office are under the influence of far too much special interest money and the corruption it breeds. 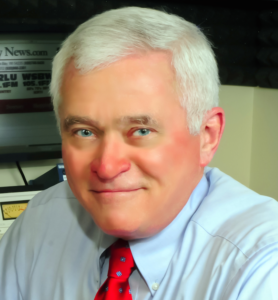 All three branches of Wisconsin government continue to be infected with the political equivalent of the emerald ash borer. The Supreme Court, the Legislature and the Governor’s office are under the influence of far too much special interest money and the corruption it breeds.

Our state Supreme Court refuses to adopt rules that would require justices receiving significant sums of money from special interests to recuse themselves from voting. When cases impacting those donors come before them, justices who benefit from massive expenditures should not vote on the case. An IQ exceeding room temperature is not required to question if a justice benefiting from millions of dollars of campaign spending really will be objective when voting on matters that impact the donors. It appears that special interest groups have discovered it is easier to buy a Supreme Court than a legislature.

The Speaker of the Assembly, Robin Vos, took a four-day trip to London in 2017, accompanied by and paid for in part, by lobbyists for the pay-day loan industry. Vos claimed he did not discuss pay-day loans with industry lobbyists on the trip. A junket paid for by the insidious industry that preys on the poorest among us smells worse than the stale cigar smoke surrounding their secret deal-making meetings.

Robin Vos should avoid the appearance of a conflict of interest and pay for his own British vacation. The former speaker of the Ohio House of Representatives resigned after accepting the interest-group-financed travel.

In Wisconsin, elected officials pick their voters rather than voters picking their elected officials. Taking the power to determine legislative district boundaries away from partisan politicians will be one step of many to restore trust to a troubled government. Reapportionment reform is long overdue.

Governor Scott Walker holds an office once admired and emulated throughout America for progressive reform. Today it is referred to as a wholly-owned subsidiary of the Koch Brothers and big money special interests. Massive campaign donations, travel at a special interest-group expense by Robin Vos, and big money to elect Supreme Court justices are nothing but sanitized corruption.

Call it what it is. The sanitized bribery of big money is infecting every branch of state government and threatening democracy more than the emerald ash borer is threatening Wisconsin forests.

The day will come when Wisconsin voters remember our lost pride in Progressive tradition and clean government. The smell of corruption reeks from our state capitol. Bipartisan corruption, dependence on campaign cash, refusal of justices to recuse themselves from cases that involve their donors and a globe-trotting Assembly speaker who should pay for his own vacations will hopefully cause voters to finally get fed up and take action to make the sweeping changes Wisconsin needs and deserves.

Roger Utnehmer is President and CEO of DoorCountyDailyNews.com, and a long-time member of Common Cause in Wisconsin’s State Advisory Board.

Time to Defend Our Democracy