Analysis based on 2015 JCOPE filings for all 213 legislators

On the heels of the bribery and fraud convictions of former Assembly Speaker Sheldon Silver and former Senate Majority Leader Dean Skelos, calls for ethics reform could not be stronger.

It’s clear that corruption is a systematic problem in Albany where lawmakers can use their office to enrich themselves, often through outside jobs. With many policy leaders and politicians alike calling for banning or severely restricting outside income, the need for accurate information on what outside income looks like for state legislators could not be stronger.

With this in mind, Common Cause/NY produced an exhaustive and detailed analysis of outside income for all 213 members of the New York State Legislature. The review provides the clearest picture of the type of outside work lawmakers get paid for.

Common Cause/NY downloaded 2015 Financial Disclosure Statements for all 213 lawmakers from the JCOPE website for analysis. The data reflect 2014 incomes. As such, lawmakers elected in the 2014 cycle have been excluded, since data is not available on outside income after they became legislators. Common Cause/NY expects that many, if not all, new members no longer hold their prior jobs.

Additionally, since the recent felony convictions for both Sheldon Silver and Dean Skelos have removed them from office, both have been excluded from the data.

What does the data say? 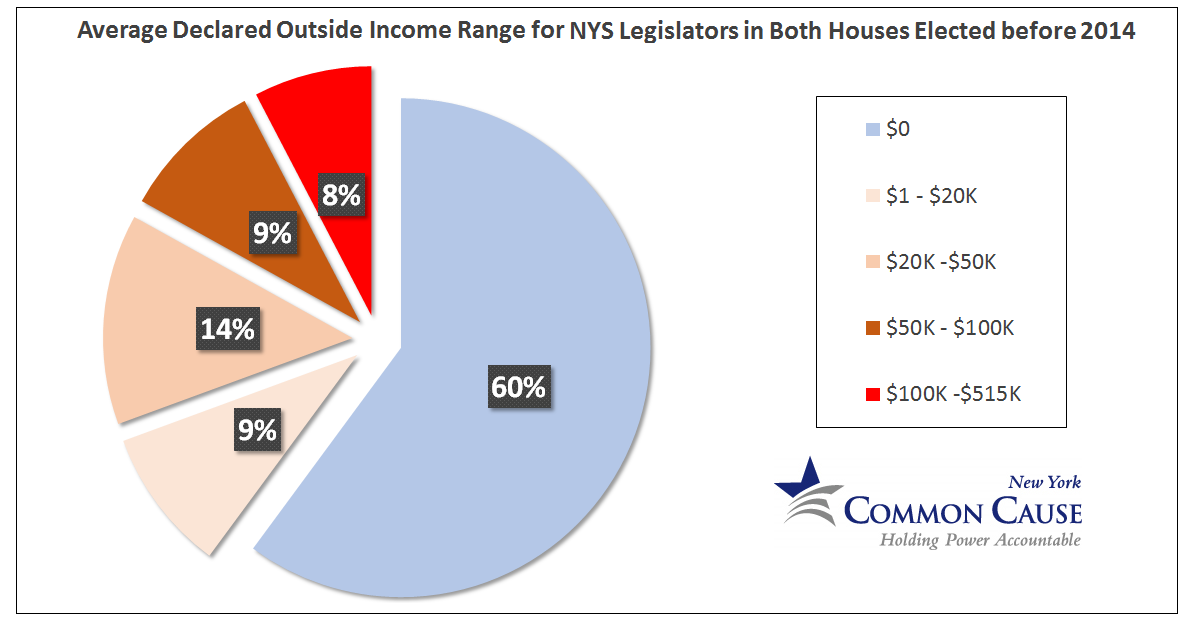 Here’s the good news for reform: 60% of the legislators in both houses who were elected before 2014 declared no outside income. 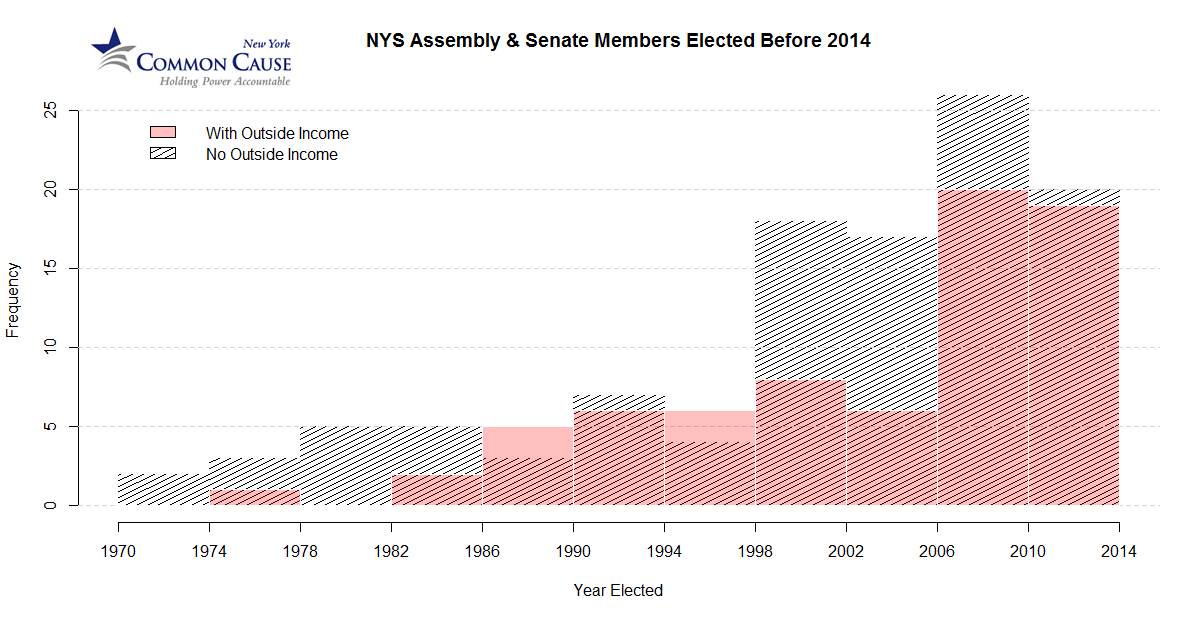 Where does outside income come from?

Far and away, the most common source of outside income comes from the legal field (ala Sheldon Silver), with either the title “partner” or “of counsel” to a law-firm. 38 of the 73 legislators with outside income earn the majority of their outside income from practicing law, for a combined estimated sum of almost $3 million. 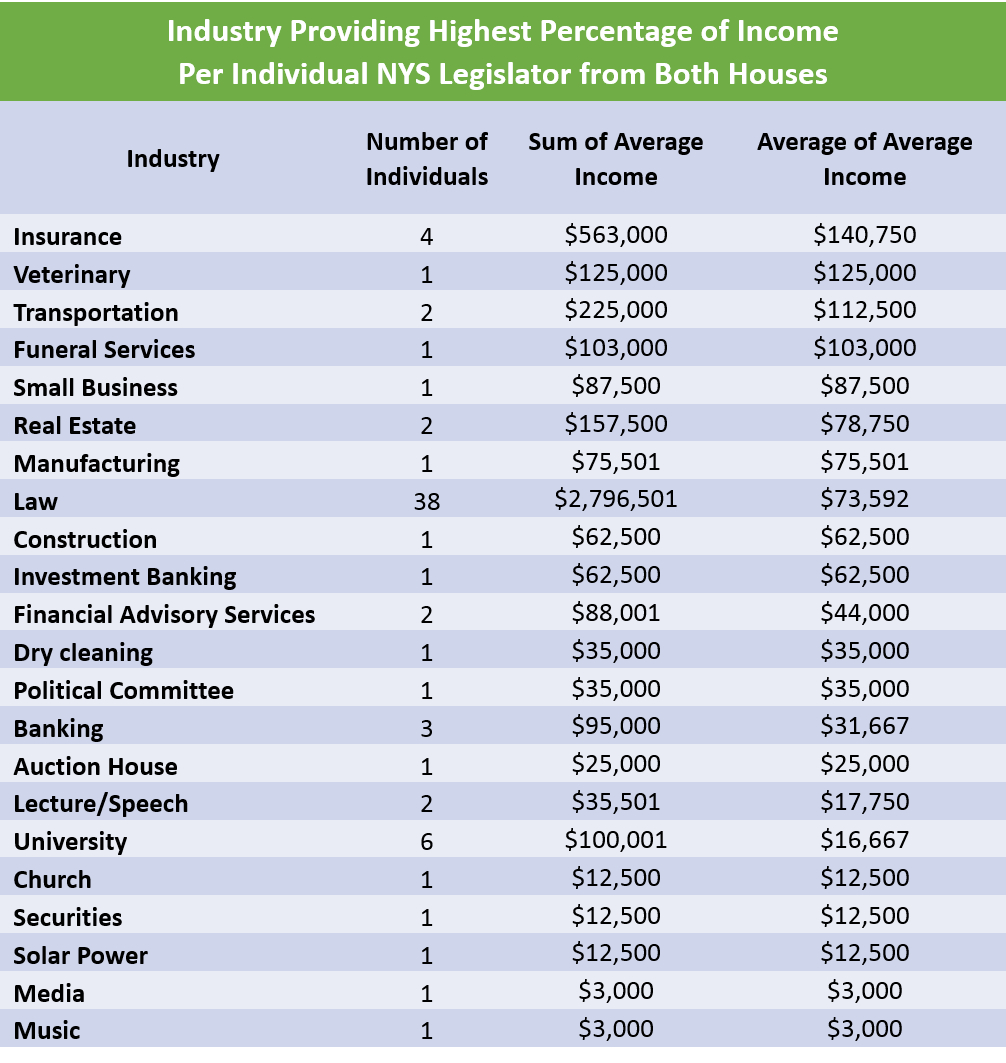 Legislators in the insurance industry make the highest amount of outside income with an average of $140,750.

Six legislators made the majority of their outside income from teaching at a university for the average pay of $17K.