The 2021 NM Legislative Session is Underway! 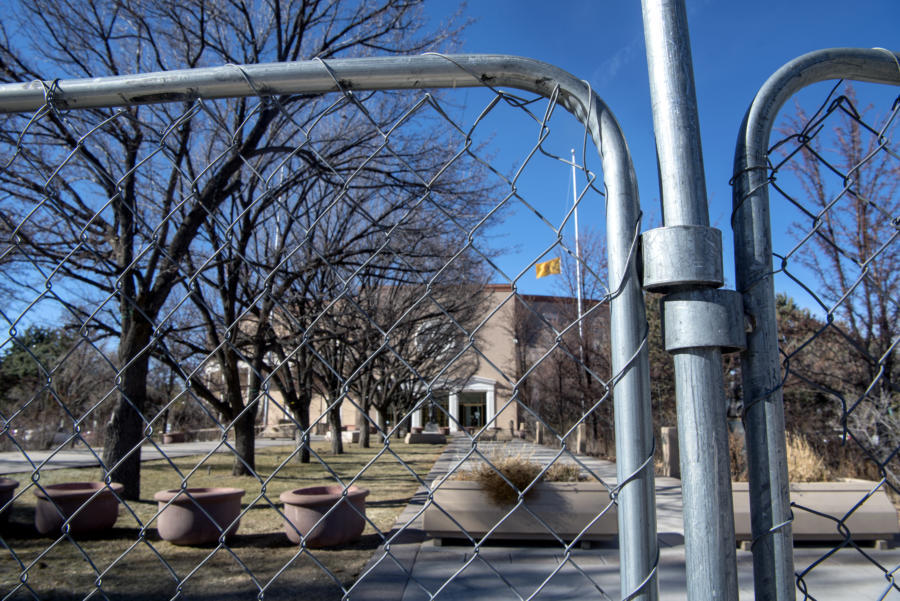 What a start! In this unusual session amid the pandemic, CCNM, lawmakers, and the New Mexico public are adapting to new COVID-safe procedures, and virtual committee hearings are now underway. We are tracking and advocating on behalf of dozens of bills and will do our best to keep you, our members, informed!

A huge thank you to House State Government, Elections & Indian Affairs Committee, which has already advanced important bills to enfranchise a greater number of New Mexico citizens with voting rights and other good governance reforms.

The constitution guarantees every citizen of the country the right to vote without caveats or contingencies. Common Cause supports that no eligible citizen should be deprived of this constitutionally guaranteed right to vote.

This critical bill repeals the automatic cancellation of voter registration after an individual is convicted of a felony charge, and instead simply suspends the individual’s voting rights during their period of incarceration.

Currently, persons re-entering society must apply to have their voting rights re-instated. A convoluted process in which many qualified voters fall through the cracks.

This legislation allows for a simple transaction between election offices and corrections. This simplified process fixes what has been a significant challenge to citizens upon their re-entry which has consistently failed many in their efforts to become registered to vote and participate in elections.

The percentage of people of color who are convicted of felony charges is far greater than their proportion of the New Mexico population. This change to enfranchise individuals living with felony convictions would be a positive step in ending the Jim Crow era of racist policies that target Black and brown communities and serve to further widen the divide.

Current law, which requires re-entering citizens to pay all fines and fees to restore voting rights, is tantamount to a poll tax, making it even more essential that we change this troubling policy.

We thank Rep. Chasey for carrying the bill, and Justin Allen, with America Votes, who is a formerly incarcerated person and champion of HB 74, testifying that civic engagement has helped him break the cycle of recidivism.

This bill received a 6-3 DO PASS and moves next to the House Judiciary Committee. Please let members know that you support HB 74! This bill could be heard as early as Monday 2/1.

Common Cause supports the inclusion of all registered voters in primary elections. This bill permits voters who have declined to state a party affiliation or who designated affiliation with a party other than a major party to vote in a primary election by requesting the ballot of one of the participating parties in that primary.

Moreover, we often nominate elected officials during the primary process, who go on to be unopposed in the general election, which means a large number of registered voters do not have a say in their representation.

Thank you to our sponsors and partners for working to expand voting in New Mexico!

HB 79 will give all qualified voters a voice in shaping our government. This bill received a 6-3 DO PASS and moves next to the House Judiciary Committee. Please let members know that you support HB 79!

HB 4 establishes the right of an individual to bring a claim against a public body or anyone acting on behalf of a public body for violation of constitutional rights, privileges, or immunities.

“This is about fair, just, and equitable treatment under the law,” according to Rep. Louis.

HB 4 would bar the use of qualified immunity as a defense in cases filed under the Civil Rights Act. This law would help to ensure accountability in government where a person’s rights may have been violated.

Read more in the ABQ Journal.

After a 5-3 DO PASS, this bill is heading to the House Judiciary. Please voice your support for HB 4.

Transparency is the cornerstone of governance Of, By and For The People. It is paramount that New Mexicans are empowered with information about how capital outlay funds are allocated in our state.

HB 55 requires publication of capital projects that passed the Legislature, listing the names of legislators or the Governor who allocated a portion of the funding and the amount of the funds designated by each legislator and the Governor. The capital projects list must be posted on the legislative website in searchable form, include vetoes, and be published within 10 days after the Governor has acted on the capital outlay bill or after the bill has failed to become law due to lack of approval by the Governor.

And check out the Journal’s editorial here.

This bill was granted a DO PASS with a vote of 8-1 (excused). It is now moving on to HJC also. Please urge members to move this measure to the Floor!

We will continue to update you throughout the session on our progress and ask that you contact your legislators on behalf of democracy reform. You can find the full list of CCNM priorities for the session here! Thanks and be well!

With your help, we did it!