Progress on bills before the Florida Legislature for the second week of the session, including online voter registration, ethics, elections and Public Service Commission reform. 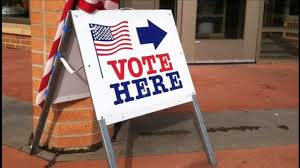 Week two of the 2015 Florida legislative session is over and there was action on issues of concern to Common Cause Florida. The Senate Ethics and Elections Committee met for a second time this week and again approved some noncontroversial bills including one that sets the first week of May as “Florida High School Senior Voter Registration Week” and encourages local supervisors of elections to provide students the opportunity to register to vote and learn about the election process.

The real action was behind the scenes and it involved one of Common Cause Florida’s top priorities; the online voter registration legislation. Senator Jeff Clemons (D-Lake Worth) filed SB 228 which would require the state to set up an online system for registering voters beginning January 1, 2016. The bill was similar to HB 227 filed by Representative Alan Williams (D-Tallahassee) in the House.

Late in the week, Senator Clemons filed a strike-all amendment to his bill which, among other minor things, changed the implementation date of the bill to 2017. Common Cause Florida had anticipated that 2017 would be the agreed upon implementation date after speaking with Secretary of State Ken Detzner. Secretary Detzner told us that he believed that he would be unable to implement online voter registration before the 2016 election and to rush into it would put Florida in jeopardy of having a flawed presidential election. Secretary Detzner blamed the need to delay on the fact that his voter registration database needed updating along with the voter registration system at the Department of Highway Safety and Motor Vehicles.

Shortly after Senator Clemons filed the strike-all amendment to his bill, Senator Garrett Richter (R-Naples) was shown as a co-sponsor to Senator Clemons’ bill. This is important because not only is Senator Richter a Republican, but he is also chair of the Senate Ethics and Elections Committee. The move indicates the bill now has bipartisan support and, with the change in the implementation date, it now has the blessing of the key committee chairman. It now appears that this bill (SB 228) will be the Senate vehicle that moves online voter registration forward.

In the House, most believe the bill to watch is HB 1161 by Representative Kathleen Passidomo (R-Naples). That bill is a similar online voter registration bill that has been referred to the House Governmental Operations Subcommittee, but has yet to be scheduled for a hearing.

Next week, the Senate Ethics and Elections Committee is scheduled to meet again on Tuesday. The Committee will consider the online voter registration bill along with SB 386 by Senator Audrey Gibson (D-Jacksonville) which requires the supervisors of elections create an online form that allows voters to submit an in-state change of address electronically.