Part three of a series of first-person accounts from an on-the-ground perspective from Common Cause Minnesota Executive Director Annastacia Belladonna Carrera. 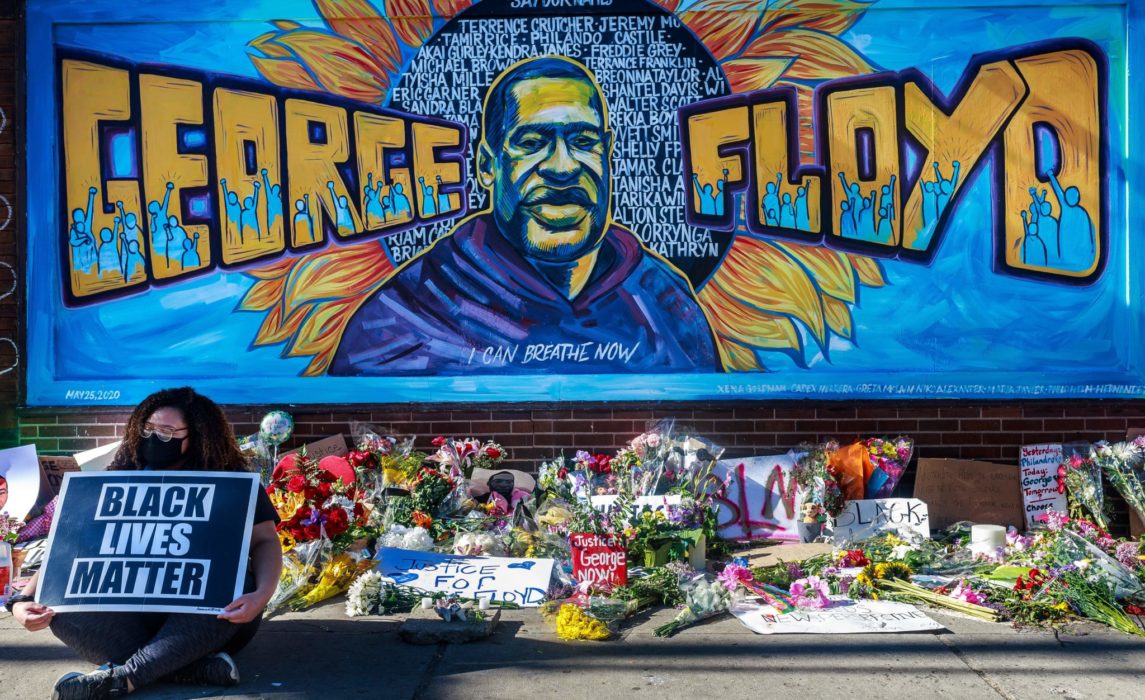 As thousands streamed into the church in Houston, Texas, to honor George Floyd yesterday, one story about George from his second-grade teacher revealed so much. She brought a drawing George made of Supreme Court Justice Thurgood Marshall. On it, George wrote he wanted to be a Supreme Court Justice like his role model.

Justice is what George Floyd’s legacy is all about.

To honor George’s legacy, activists of every color, status, and life experience have marched. We have outnumbered and outlasted rogue elements that for a few nights managed to overwhelm our peaceful efforts, attempting to derail and delay justice once again.

FBI Director Christopher Wray said the protesters have a “righteous and important cause.” We have seen police and politicians across the country join with protesters and take a knee, an acknowledgment within ranks of police departments and policymakers of a desire by many to see the use of excessive force outlawed and an end to racial disparity. National Football League Commissioner Pete Goodell reversed the League’s position and apologized to players for wrongly ruling against the free expression started by Collin Kaepernick to protest racial disparities in policing by taking a knee during the national anthem. Untold millions of people of all colors, ages, and status around the world are now taking a knee and will continue until justice is made real. And it’s not enough.

Black Lives Matter Plaza is a two-block long mural ordered as part of DC’s public art project by Mayor Muriel Bowser. The epicenter of protests in Washington, the area leads up to Lafayette Square and is beneath one of the main flight paths for the president’s helicopter on take-offs and landings from the South Lawn.

The decline of America’s role in the world, driven down by the presidency of Donald Trump and his administration, is now in the hands of our protest movement – and frankly – that’s where it belongs, with the people. The question is, can we the people get past differences and collectively deliver governments at the local, state, and national levels that reflect the multicultural diversity of marchers in the streets? Can we get to the place where the values of love, compassion, justice, and equality the peaceful protests demand is at the forefront of institutional change and not an afterthought of convenience?  George Floyd’s legacy is poised to propel our communities closer toward the aspiration of a more perfect union.  Every generation of North Americans, whether newly arrived or having multigenerational roots, has struggled to define and achieve this ideal but has never given up on it. No matter the odds.

Now that we have Minnesota’s, the nation’s, even the world’s attention focused on racial disparities in policing and every other aspect of American life, what will we do with it? That moment, the pivot from protest to policy is where many movements falter.  Moving forward, if we don’t ground ourselves in a unity of purpose, we will be divided by those that do not want us to succeed as they have so many times before. Unity does not mean we agree 100% on everything; it means that we agree to unite for a common goal that is unjust and needs reforms. Our rights are not pie. My liberties and rights do not start, nor end, where yours begin. My liberties and rights do not limit yours.

As I mentioned when starting this series, I’m no Pollyanna. Still, I understand how the mental image of a Latina woman scurrying about amidst outraged protesters, clipboard in hand, trying to register voters, might lead some to believe otherwise.  As a human and civil rights attorney, I understand spaces of power, who has it, who doesn’t, and why it’s set up that way.  As one young African American man shouted at me as peaceful protests first turned violent in Minneapolis, “Lady, you just don’t get it.” I understood what he meant even if he didn’t understand me.  At this moment, our collective vote is power. I wanted him and others to channel their anger, their outrage, and their pain through their vote. I wanted them to know that no matter how powerless they felt, they actually held great political power to change the stage for those who either kept racists systems in place through inaction, or who put them in place through their policies. 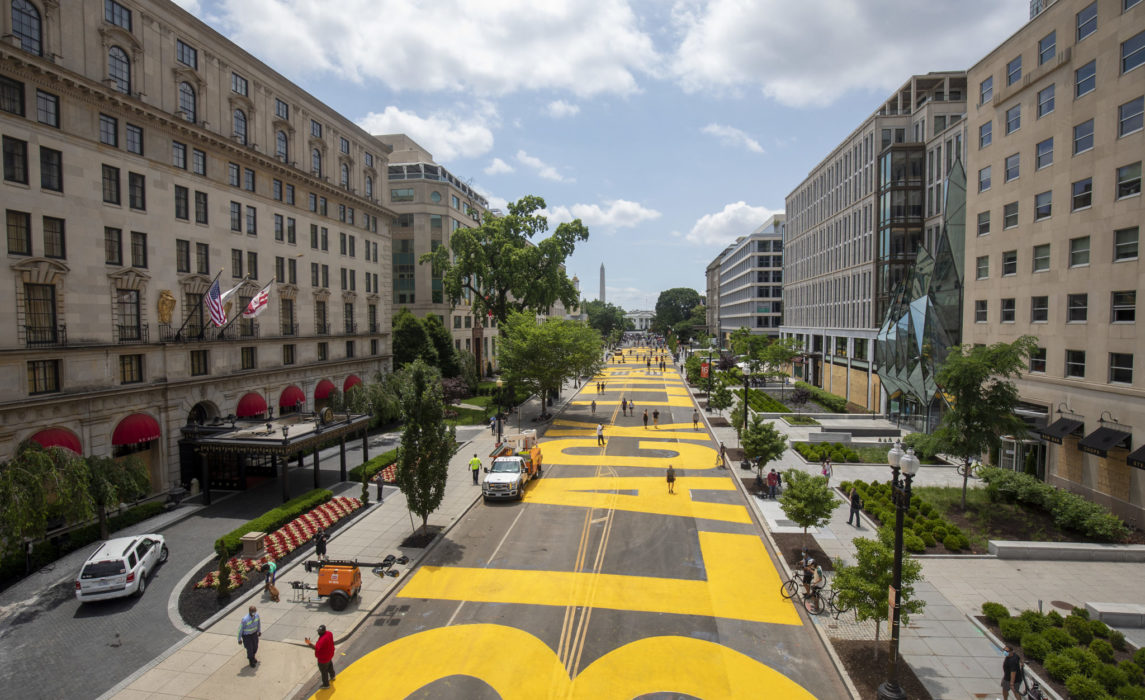 The intersection where George Floyd was killed is the epicenter of memorials and protests in Minneapolis.

Many of us leading organizations or groups and who have been involved with social justice issues and protests led by our communities of color in the Twin Cities knew that at some point, trouble–makers of varying levels of sophistication try to influence public opinion about the issues protesters raise or start divisive narratives to drive a we-against-you agenda. Our job as advocates is keeping people focused on the issue at hand, not allow others to hijack the issues, narrative, or momentum of the protests.

As an attorney, I’m a sworn officer of the court. There are lines I personally will not cross.  As a lobbyist working to lift every voice and every vote in our democracy, I don’t believe we get good government from violence. As a previous public defender,  I know the realities faced by those young people caught up in the emotion of the moment with understandable outrage. Many are now caught up in the very criminal justice system peaceful protesters are demanding must change.  Some not only face felony charges because of their involvement in the looting and destruction of property but if convicted they now face even more disenfranchisement. The felony charges that will follow them for life as they look for housing, seek employment, or simply wish to vote.  In Minnesota, ex–felons cannot vote if they are under some type of institutional terms of conditional release, such as probation or parole.  This is the reality I was trying to avoid for our young people with a clipboard in hand reminding them they had a choice and urging them to direct their outrage toward the power of their vote.

Another African American activist I’m acquainted with took after me on Facebook in a post because he disagreed with my message reminding people that violence never led to meaningful and long-term change.  For him, unity meant that I must think and believe exactly as he did in order to be viewed as supporting the value of Black lives in Minnesota.  He told me I wasn’t “woke enough” if I didn’t understand that things need to be broken before they can be fixed.  While my “woke enough” brother is right, I will never fully appreciate what it feels like to be an African American male and deal with a lifetime of injustice, he will never fully appreciate my life experience either.  Our respective experiences do not mean we can’t still come together for a common goal – to dismantle racial injustice by partnering to work the crossroads between social justice and democracy.

Judging a person by appearance is the profiling we collectively oppose.  Assigning motive of what anyone is willing or unwilling to do based solely on an appeal for peaceful protest is a tactic used by self-proclaimed disruptors trying to wedge a divisive narrative to manipulate the actions of protesters and justifying violence.  Derek Chauvin racially profiled George and acted on his perceptions. He became the arresting officer, prosecutor, jury, judge, and executioner during the 8 minutes and 46 seconds his knee was on George’s neck. Those are also the judgments rendered by the other three cops who did nothing to intervene. That is the problem we need to keep focused on and work in unity to dismantle, not get sidetracked with who is “more woke” than who. 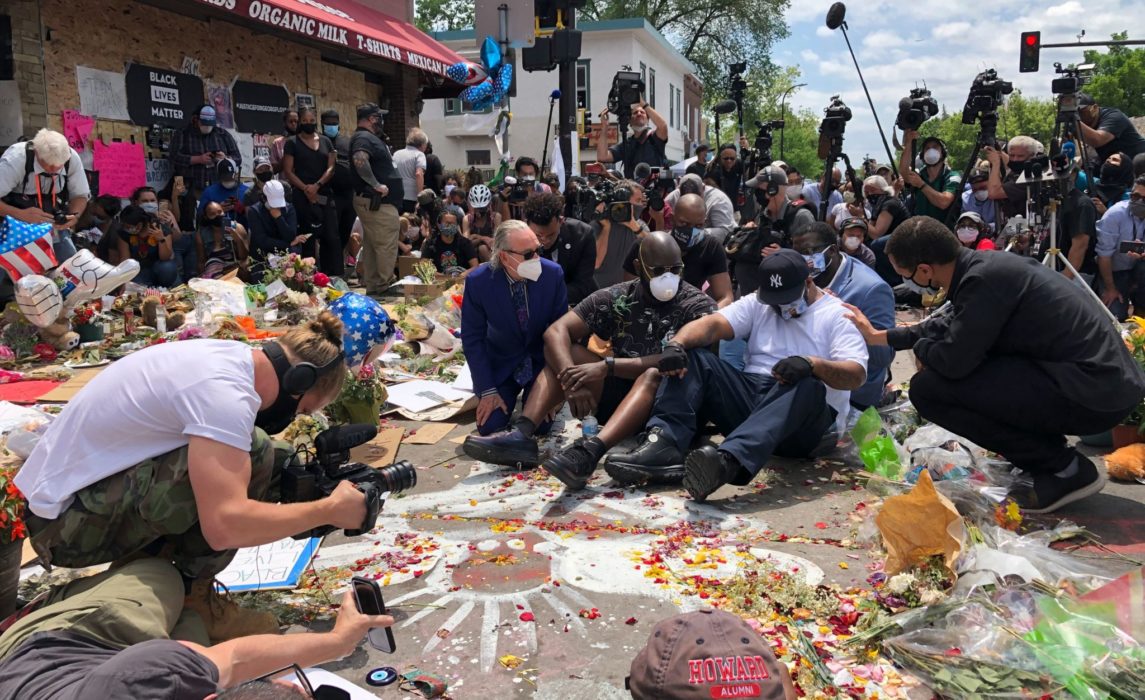 One of the thousands of people in Houston. Texas, who came to Monday’s public viewing of George Floyd at the Fountain of Praise Church who brought a sign urging people to vote in memory of the man killed by police.

We cannot create justice using tactics of the oppressor – violence. Instead, we must understand what unity truly means and begin to live it and demonstrate each day until we have governments at all levels that reflect it.  Unity doesn’t require us all to have the exact same experience, perspective, or belief. Unity actually requires us to acknowledge that we each have unique life experiences and regardless of what brings you and me to this moment, even if we disagree on every other aspect of life, unity means we can agree that police should not be able to use excessive force in any situation or be able to treat Black men and women differently from any other race. Unity doesn’t require uniformity to agree that racial disparity in any part of American life is no longer acceptable and work together to make that real.

Unity of purpose doesn’t require us to agree on everything and it allows us to function in a democracy where the will of the people does make a difference.

Peaceful protests grew even more powerful this past weekend.  We slowly won the peace in the streets, and the violence subsided with the agitators being weeded out. As I watched the whole world watching us, I grew more hopeful that Americans are ready to understand the connections between disparities in policing and social justice between races; the health care disparity laid bare by COVID-19; the economic, wage and income, and wealth disparities the pandemic highlights; and the disparities in power in a nation that purports to be of, by, and for all of us.

So, grab a clipboard and join me in reminding our young people and others that we, the people, are the ultimate power in our democracy. Through our collective vote, we hold power accountable. Making sure people are registered to vote is the first step. 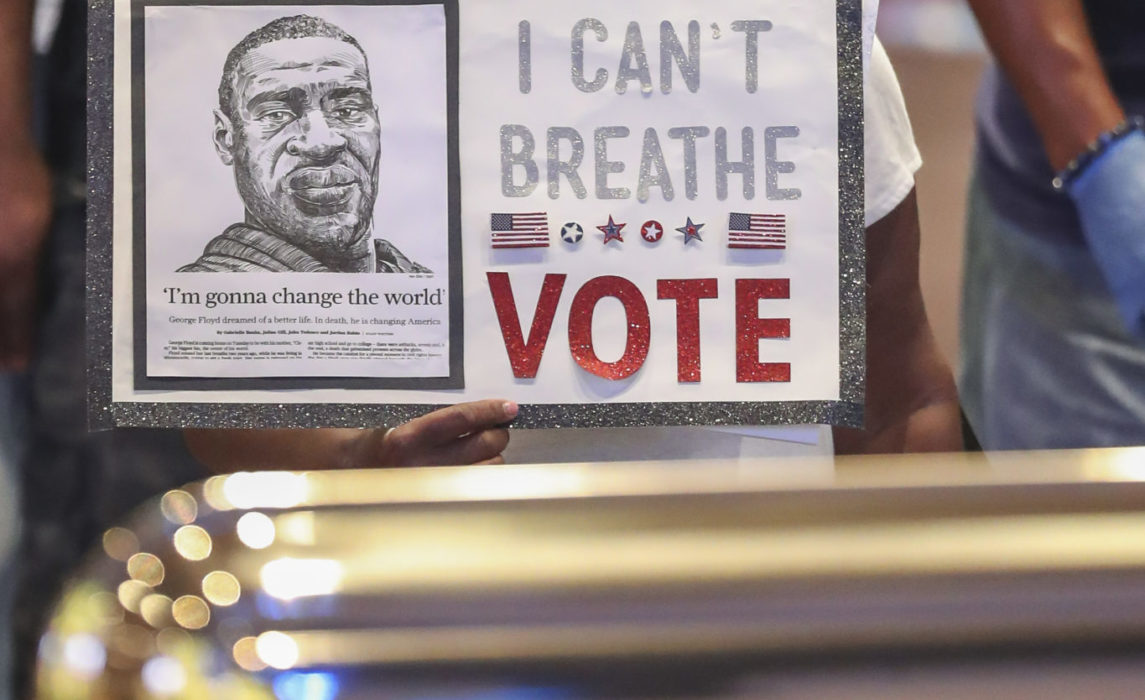 Video: John Oliver Does What Donald Trump Cannot by Telling the Truth About Vote-by-Mail