This is part two of a series of first-person perspectives from Common Cause Minnesota Executive Director Annastacia Belladonna Carrera who has been on the streets each night of the protests there. 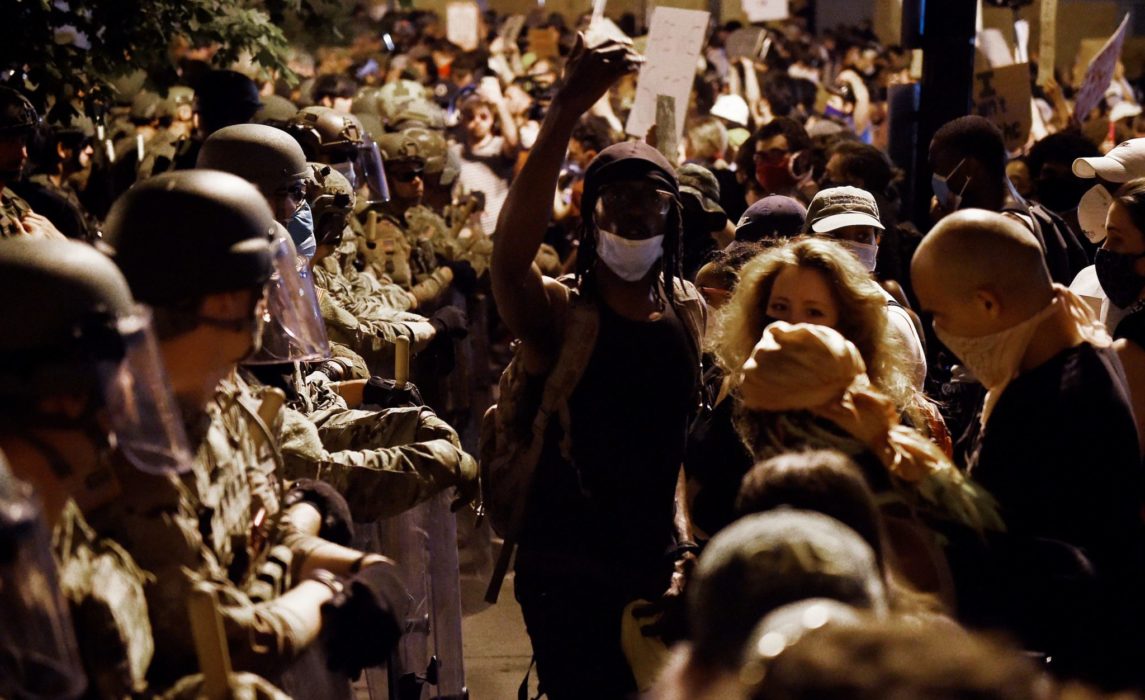 We are a long way from anything that feels like “good news” as our community continues to mourn the murder of George Floyd and attempts to draw a line in the sand for the entire nation as we shout, “Enough!”  Enough Black men and women being killed by police and self-proclaimed “vigilantes.” Enough of disparities in income for the same job for women and people of color, in education in any community, in health care service and delivery in all communities as we see Coronavirus disproportionately impacting Black and Brown people.

And enough to disparity in our democracy – OURS – all of us here, together, regardless of political party, race, religion or any other distinguishing characteristic – we are united in our belief that every individual has dignity, deserves respect, and has an equal voice and equal vote with which we have a say in the future for our family, community, and nation.

In a nation where white men are 31% of the population, why do they hold 75% of all elected offices from county leaders to president of the United States? According to research published annually by WhoLeads.US, out of approximately 42,000 public offices we hold elections for around the country, white men and women hold 90% of the power. Women who are 52% of the population hold only 25% of the seats in Congress. In a Legislative body of 201, there are 65 women or 32% are women, while 19 are non-white, representing 9% of the MN legislature.

The disparities in representation mean fewer people who speak to life experiences other than their own, which along with a history marked throughout with racial bias, is the reason for all the other disparities.

Too many examples of systemic racism. We can choose differently. We the people are better than this. 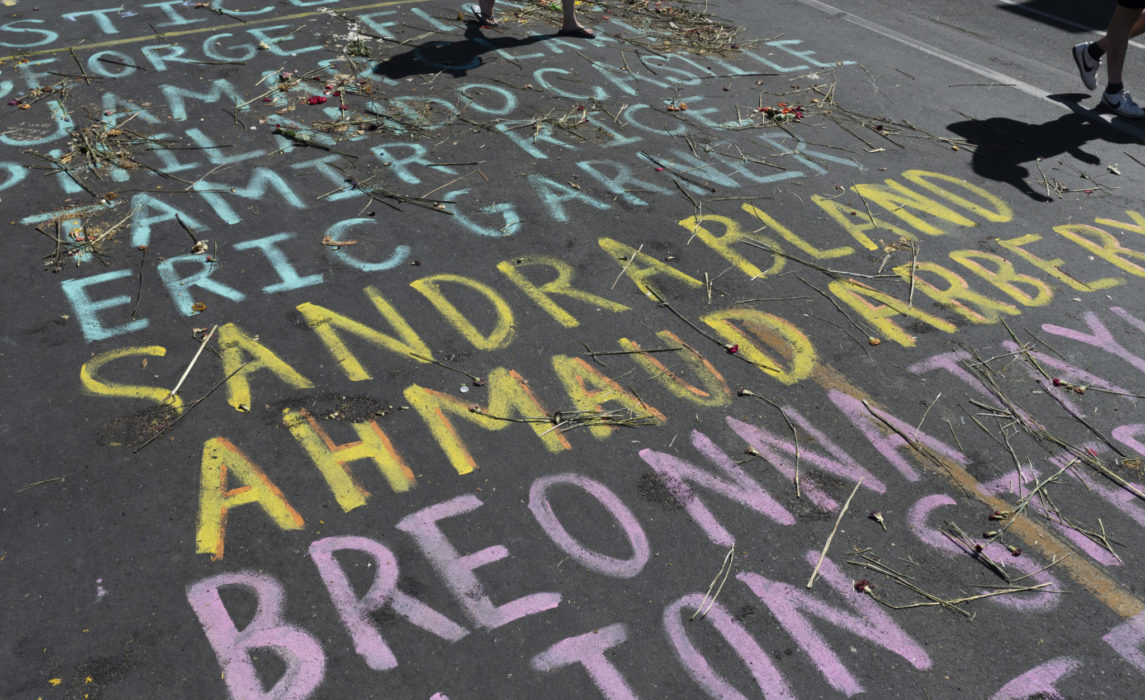 Today we join other civil rights leaders and allied organizations, in observing a National Day of Mourning, and that background is important to understand our collective heartbreak.

There are also moments that inspire me, and ought to also give us hope, that we can make different choices and end these disparities.

Terrence Floyd, George’s brother. Terrence Floyd spoke passionately and tearfully at what is now considered sacred space by the community. The spot where his brother was murdered before all of America to witness is now a memorial to George and the epicenter of protests in Minneapolis. Terrence denounced violence as a way of seeking change and said, “That won’t bring my brother back, so let’s try this a different way. Every time something like this happens there are protests, we destroy our own community – that’s what they want us to do. So, let’s try this another way. Let’s stop thinking our voices don’t matter and let’s vote, let’s vote! Let’s change things for real.”

Waves of hope came over me as I listened. He carried the same message I tried to use the night before.  As I wrote in part one of this series, a peaceful protest turned into a dangerous situation by agitators whose only goal was to disrupt and destroy. I found myself standing between looters and small business owners. To sway some young people away from looting I tried to deflect their energy away from looting by standing my ground and using my clipboard yelling “come on man you don’t want to do this…think about it…don’t put your future at risk…are you registered to vote? Vote your anger! Vote your anger! Don’t do this please”.  They needed to be reminded that they DO have power. There was Terrance tearfully speaking from the heart, sitting in the loss of his brother, with all he and his family are going through, asking that we focus on voting and expressing our pain through the power of our collective and individual vote.

Anika Bowie, Vice President Minneapolis NAACP. If you don’t know Anika, you will. Tuesday, June 2nd was the filing deadline for the 2020 elections. With our communities working to organizing and bring much-needed food, water, household items, and protection to impacted communities, Anika put out a challenge on Facebook. Anika and Black Women Rising pledged to pay filing fees and help first-time candidates of color who wanted to run for office and make a positive change understand how to set up a campaign as a tool for change. With less than 5hrs before the deadline, she had 20 new “Brilliant Black Women” as she announced it on Facebook, who are running for legislative and other offices throughout Minnesota. That’s hope made real.

Minnesota Attorney General Keith Ellison. Governor Walz’s announcement on Monday that Attorney General Keith Ellison would take-over the investigation and prosecution of Dereck Chauvin, after days of chaos and sadness, made hope shine brighter. Yesterday, the Attorney General announced his legal team elevated the charges against Chauvin to second-degree murder, filed charges against the other three fired officers, and confirmed they were in fact in custody – something shifted – not just in me, or Minneapolis – everywhere.

Never in the history of America have we seen active duty military on our streets and police opening fire on genuinely peaceful protesters in Washington, DC to make way for a Biblical photo-op. Never in the history of Minnesota did we experience the degree of the national guard or police presence on our community’s streets. When Attorney General Ellison spoke and news spread of three more arrests, a hope-filled calm seemed to spread nationwide. Protesters realized this prosecution would be different. The protesters had been heard.

As a civil rights lawyer myself, I understand the nuance of the law, the different charges, the exemptions we make for police to do their jobs, and how all that makes these cases difficult. This trial will not be easy or quick. It will not be decided on what we all witnessed on video as George Floyd was murdered calling out for his mother saying, “I can’t breathe”.

Hope. I am hopeful because of these three Black leaders in Minnesota and what each represents.

We the people have the power. 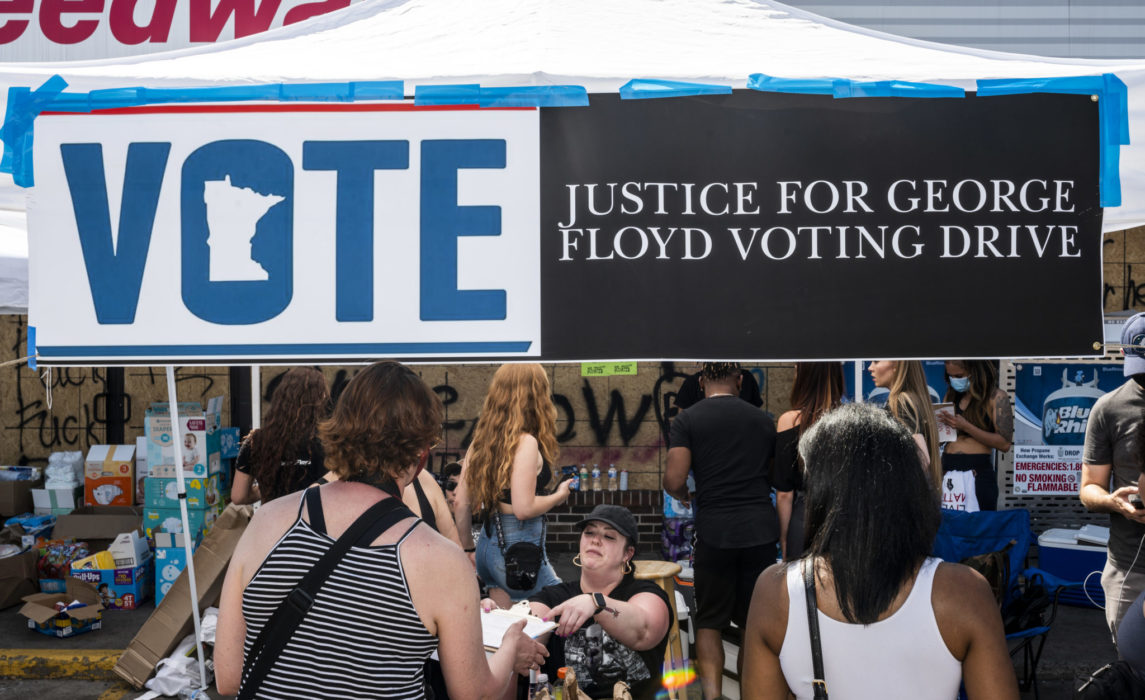 Terrence has been thrust into a public spotlight he’d trade away in a second to have his brother back, but through his grief, he found what we’ve all been looking for – something each of us can do that will make a difference if we organize and pay attention to who we entrust with power and give our votes to. He delivered the message I fought to use to deflect looters – Vote your anger!

Attorney General Ellison sent the message that justice is for all in Minnesota regardless of race.  Racism is deeply ingrained in America. It is systemic, meaning in many situations it has the force of law or becomes official policy through rules and regulations. Policing is an example. In his first official act leading the prosecution, Attorney General Ellison demonstrated that we could turn the tide against police brutality and murder of African Americans by holding police accountable to the full extent of the law.

The disparities in policing, education, housing, health care, income, wealth, and our criminal justice system are there because of the choices people made. We have the power to choose differently. It is evident that our democracy is as vulnerable as George Floyd. A very few wealthy special interests think they should run things and are slowly re-writing the rules and taking power away from the people. They are slowly choking off the vital life force of democracy. Our framework of democracy is what gives Terrence Floyd, Anika Bowie, and Attorney General Ellison the power to believe we can work together and make real change happen – the ultimate power in our democracy is vested in only one place – the people. There is a role each of us can, and must, play.  What will your role be?

Video: John Oliver Does What Donald Trump Cannot by Telling the Truth About Vote-by-Mail