We’re encouraged to see Biden select someone with a strong record of protecting accountability in government and equity in the criminal legal system – a nominee who can end the historical shame of going more than two centuries without a Black woman on the Supreme Court.

But unfortunately, we must take immediate action to ensure that Senate Republicans cannot abuse their power like they did to block Judge Merrick Garland. Will you add your name today to tell the Senate to give Judge Brown Jackson the fair hearing she deserves?

If confirmed, Judge Brown Jackson will have major influence over voting rights, the influence of money in politics, fair redistricting, ethics in government – nearly every democracy issue that you and I care about.

But McConnell has shown he’ll stop at nothing to ensure a Supreme Court majority that’s in line with his extremist anti-democracy agenda — so we must do whatever it takes to ensure he can’t pull the same dirty tricks this time, and guarantee a fair hearing for Judge Brown Jackson.

After you sign the petition, you’ll have a chance to send us your ideas for questions to ask Judge Brown Jackson, and we’ll share your suggestions with our allies in the Senate.

Common Cause typically does not take a position for or against judicial nominees – but we’ve always urged a fair and transparent process as the Senate provides its advice and consent.

For example, Common Cause’s 1.5 million members have condemned the hideous abuse of power and obstruction by Senate Minority Leader Mitch McConnell – when he and Senate Republicans left a Supreme Court seat vacant for most of 2016, denying President Obama’s Supreme Court nominee Merrick Garland so much as a hearing, let alone an up or down vote.

And, we spoke out yet again when, under a different president, McConnell gladly rushed Justice Amy Coney Barrett’s confirmation through the Senate, just days before the 2020 election after millions of voters had already cast a ballot!

Add your name today to tell the Senate to give Judge Brown Jackson the fair hearing she deserves. 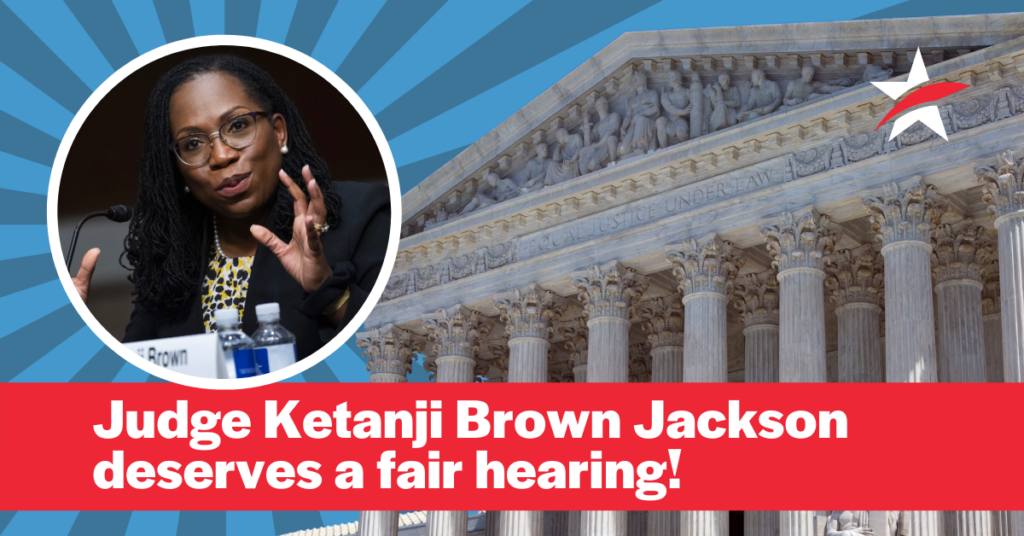