03.9.2022 / By Beth Rotman, Common Cause National Director of Money in Politics & Ethics 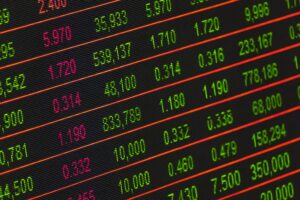 A pandemic is unquestionably a key time when Americans look to our elected leaders and hope they are worthy of our collective trust. In 2020, however, some elected leaders made headlines for buying and selling millions of dollars worth of stock after closed-door briefings about some of the COVID-19 pandemic’s potential devastating impacts.

This type of behavior shakes our collective trust and highlights a need to build Americans’ faith in the integrity of their government. While the headlining behavior of 2020 may have been that of bad-apple lawmakers, it was also an extreme example of the financial conflicts of interest that come along with allowing members of Congress to own and trade stocks while in office.

A decade ago, Congress passed the Stop Trading on Congressional Knowledge (STOCK) Act, banning members of Congress from using valuable insider information gained on the job for personal gain, and improving disclosure of certain financial transactions that exceed $1,000. Now, Congress is again considering legislation to restrict stock trading by members of Congress. A hearing will be held by the U.S. House of Representatives Committee on House Administration on March 16, which falls in the middle of Sunshine Week. This offers an ideal opportunity to consider strengthening the ethics and transparency aspects of this financial conflicts reform.

The public should not need to question whether lawmakers are making decisions to advance the best interests of the public or their own private enterprises. The STOCK Act only addressed part of this issue by making it impermissible to personally benefit from the use of non-public material information, and by expanding transparency requirements of transactions involving more than $1,000 in stocks, bonds, and other securities. But there are a multitude of ways that an elected official might have an actual or perceived conflict of interest, leading many Americans to argue that their members of Congress should not trade stocks while representing them. As Congress approaches the hearings to more fully advance possible reforms, the following principles are key:

While these issues are complex, there is much room for improvement when it comes to lawmakers’ actual and perceived conflicts of interest. Unless stronger rules are passed and oversight strengthened, even the most law-abiding officials will remain caught up in a system that leads the public to question their motivations. We can and must do better to limit the corrosive influence of money in politics and rebuild public trust.