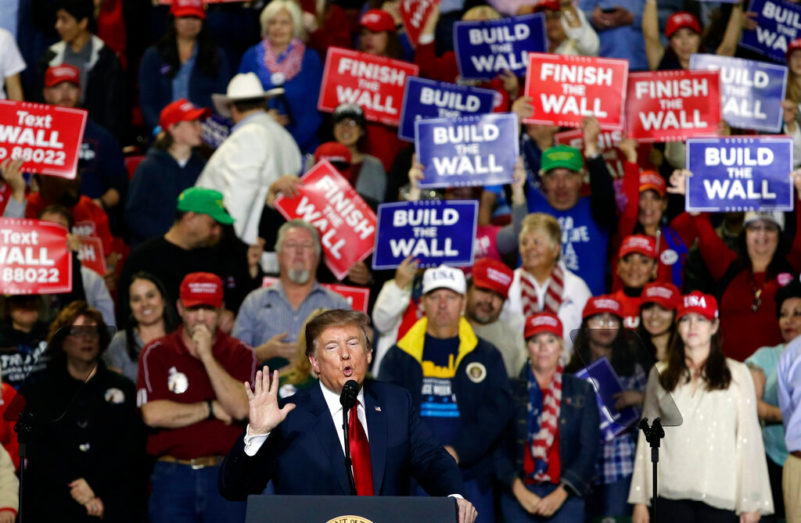 At times, it can be difficult to describe the role of the modern journalist. Today’s news media is a multi-billion dollar industry, often focused on generating stories from the 24 hour news cycle rather than providing the public with news and information to make informed decisions about our government. Lost in the commercialization of our media is in-depth investigative reporting and stories that hold our elected officials accountable.

In Margaret Sullivan’s latest column for the Washington Post on the latest string of mass shootings in El Paso Texas, and Dayton, Ohio, she wrote of this habit.

That is to say, as the terrors of white supremacy and weapons of war rip at the fabric of our society, the media relies on timeless tropes to report on the modern epidemic of gun violence. As the president seeds the racism and hate that is directly linked to terrorism in our country, we’re somehow still getting the same story as we did 20 years ago.

As Sullivan writes, “We describe the horror of what happened, we profile the shooter, we tell about the victims’ lives, we get reaction from public officials.”

We’ve come to expect it, and the media expects to provide it. In many ways, it took two shootings within 24 hours to force many in the media to do what they should have long ago: draw connections.

It’s impossible to faithfully speculate as to why it took such an extreme weekend of violence to force a break in the trend. But at the same time, it’s difficult to fully ignore the shortcomings of the modern model for news.

Those shortcomings brought us networks attempting to “tell both sides” of a story that ultimately has one right and one wrong. Those shortcomings allowed the President of the United States an escape hatch from his own invitations for violence. Those shortcomings weaken journalists’ abilities to hold the powerful accountable, demand answers to difficult questions and set an agenda for change.

There are real, solid examples of excellent reporting from excellent journalists in the wake of El Paso and Dayton. The New York Times piece above drew real conclusions about the role of white supremacy in mass shootings. NBC News reported the connections between the president’s rhetoric and the El Paso shooter’s motivations. The Washington Post elevated the role of message boards and community-building online among extremists. Today, capable reporters are proving capable of demanding something different.

Sullivan asks, “Can the news media really go on a righteous crusade about gun laws — or about identifying white supremacy — while maintaining their roles as truth-tellers?”

But as Sullivan notes, “More important is diligent follow-through in the days, week and months after the attacks.”

Simply reporting on the details of a mass shooting with reactions from politicians amounting to “thoughts and prayers” is no longer acceptable. Journalists must ask probing questions about the underlying societal problems, like white supremacy, that lead to shootings—and what our elected officials are doing to address them.

If journalism is to be a driving force for democracy, then we must hold the media to a standard that in turn holds our elected officials accountable. Now is the time for systemic change—and it’s time for journalists to help make it.

Common Cause on Media & Democracy