The House Committee on Oversight and Reform neared a contempt vote for the Attorney General and Commerce Secretary, but President Trump is trying to claim executive privilege to slow their progress. As pressure mounts on the Trump cabinet heads to submit to legislative oversight, Congress must demand accountability.

The Trump Administration’s efforts to include a citizenship question on the 2020 census are running into yet another roadblock—this time in the form of the U.S. House of Representatives.

After Common Cause identified a GOP strategy to employ the question so that the future redistricting can be “advantageous to Republicans and non-Hispanic whites,” the Oversight Committee is rightfully stepping in to demand compliance from Attorney General William Barr and Secretary of Commerce Wilbur Ross.

After repeated refusals from Barr and Ross to appear before the Oversight Committee, its chairman, Elijah Cummings (D-Md.), finally threatened to hold the two cabinet officials in contempt—writing in a letter to both that “the Trump Administration has been engaged in one of the most unprecedented cover-ups since Watergate.”

Cummings didn’t leave it at that, either. He continued: “The Trump Administration sought to add the citizenship question…to gerrymander congressional districts in overtly racist, partisan, and unconstitutional ways.”

On the day of the Committee’s scheduled vote to recommend that Congress hold Barr and Ross in contempt, the Trump administration declared that it would claim executive privilege over the potentially-incriminating documents.

Under well-established Supreme Court doctrine, executive privilege is qualified, not absolute. The House Oversight Committee must continue its investigation into Attorney General Barr and Secretary Ross, and pursue a vote to place them in contempt of Congress. 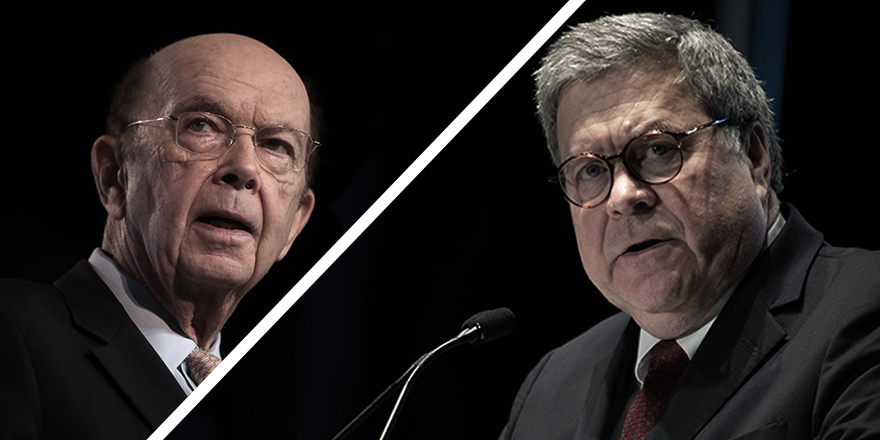 What can you do to help?

Preparing for the 2020 Census

The Oversight Committee may stand to benefit from a Tuesday resolution by Congress to permit the House Judiciary Committee to enforce subpoenas in court as part of its inquiry into the recently-concluded Mueller report. The resolution also authorizes committees to go to court to enforce subpoenas without approval from the full house. For Rep. Cummings and the Oversight Committee, these new rules could lead to considerable progress in investigating Ross, Barr and the controversy surrounding the citizenship question.

But as the Supreme Court is gearing up to decide the constitutionality of the question, evidence is mounting against the Trump Administration to show concerning partisan motives. Barr’s and Ross’ failure to fulfill their constitutional obligation and respect a congressional subpoena is just the latest example of the shady intentions behind their push to alter the 2020 Census.

In documents obtained by Common Cause, it is clear that now-deceased Republican strategist Dr. Thomas Hofeller helped to write a letter from the Department of Justice to the Department of Commerce requesting the addition of the citizenship question to the 2020 Census—directly contradicting claims by the Justice Department that the question was not politically-motivated.

According to one government study, a citizenship question could reduce participation in the 2020 census by 6.5 million. That undercount would drastically alter the distribution of nearly $690 billion in federal assistance throughout the country. The change in census figures would also provide Republicans with warped data which could help to draw congressional districts benefiting the GOP—one of Hofeller’s stated lifelong goals.

With a stronger body of evidence than ever, the Oversight Committee must now take to the courts and fight back against unwarranted claims of executive privilege by the Trump Administration. Congress must finally hold Attorney General Barr and Secretary Ross accountable for attempting to rig our elections.