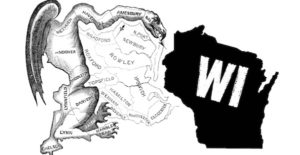 This measure is based on Iowa’s redistricting process which was developed and enacted into law in Iowa by Republican Governor Robert Ray and a Republican-controlled Legislature (both chambers) in 1980.

Now, out of the state budget, the “Iowa Model” redistricting measure has been introduced, with bi-partisan support, in the Wisconsin Legislature as “stand alone” legislation and on Tuesday, July 16th, it will be formally “rolled out” by the lead sponsors at 10:30 AM in the Assembly Parlor of the State Capitol. CC/WI Chair, former State Senator Tim Cullen will speak in favor of the measure on behalf of CC/WI. 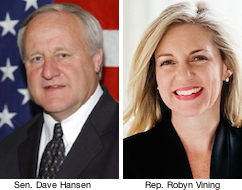 They will speak at the press conference with Cullen and other reformers.

You can attend the press conference, too, if you are available and would like to join us.

It is vitally important for you to do your part to help make ending partisan gerrymandering a reality in Wisconsin before 2021, when the next redistricting process will occur, following the 2020 Census. This week, contact both your state senator and your state representative and demand that they co-sponsor and support Senate Bill 288 and/or Assembly Bill 303. If you are not sure who your state senator and/or state representative is, go here.

These measures have overwhelming citizen support all throughout Wisconsin. Now, state legislators need to adhere to the demands of their constituents to defy Vos and Fitzgerald and do the right thing. Support fair maps! Some legislators and their staff may tell you the U.S. Supreme Court has now said that their current, partisan gerrymandering system is the only way the redistricting process can occur. That is a bald-faced lie! They absolutely could and should adopt the fair, non-partisan legislation (SB 288/AB 303), now ready for a public hearing and consideration by the full Wisconsin Legislature tomorrow, if they put the the public interest ahead of their narrow, partisan interest.

For your information, you can watch this very recent video (taped July 11th) about the June 27th U.S. Supreme Court decision on partisan gerrymandering and the path forward for ending it Wisconsin on Wisconsin Eye, featuring CC/WI Director Jay Heck and UW-Madison Professors David Canon and Rob Yablon.
Take action. Make your voices heard. Never, ever surrender. On Wisconsin!