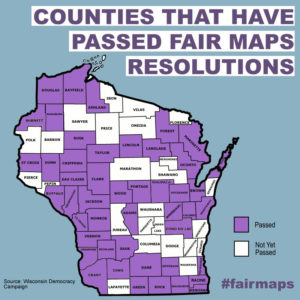 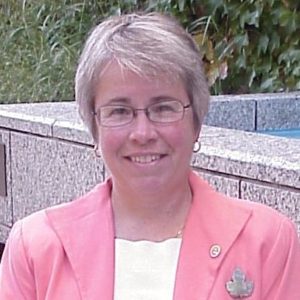 Bernard Schaber examined the 47 (of the 72 total) counties whose county boards have passed resolutions in support of ending partisan gerrymandering as well as the eight counties in which voters have supported referendums supporting a non-partisan state redistricting process. She found:

Earlier this year, a Marquette University Law School poll found that 72 percent of Wisconsinites support ending partisan gerrymandering and adopting a non-partisan redistricting process such as Iowa’s. 62 percent of all Republicans support this, the poll found.

“Voters and county boards across Wisconsin overwhelming support ending the current system in which elected representative choose their voters and not the other way around, as it ought to be,” said Bernard Schaber, who represented Appleton in the State Assembly from 2007 to 2015.

“Wisconsin state legislators need to heed the demands of their constituents to adopt a fair, nonpartisan system, like the system Republicans put in place in Iowa in 1980, and do it before the upcoming 2021 redistricting process begins in Wisconsin,” she added.

Bipartisan-supported, “stand alone” redistricting reform legislation to institute the “Iowa Model” for Wisconsin has just been introduced in both legislative chambers as Assembly Bill 303 and Senate Bill 288. Governor Tony Evers had included the measure in his 2019-2021 biennium state budget proposal earlier this year, but Republicans on the legislative Joint Committee on Finance removed it in May.

Citizens should contact both their State Senator and their State Representative and demand their support and co-sponsorship of the “Iowa Model” redistricting reform legislation, Assembly Bill 303/Senate Bill 288. Tell them we need fair voting maps now.

Sign this petition in support of the Iowa Model legislation, if you haven’t yet done so. If you have, urge others to sign it. We would like to present the Legislature with 5,000 signatures from all over Wisconsin in the near future. We are closing in on that number so please help us get there!