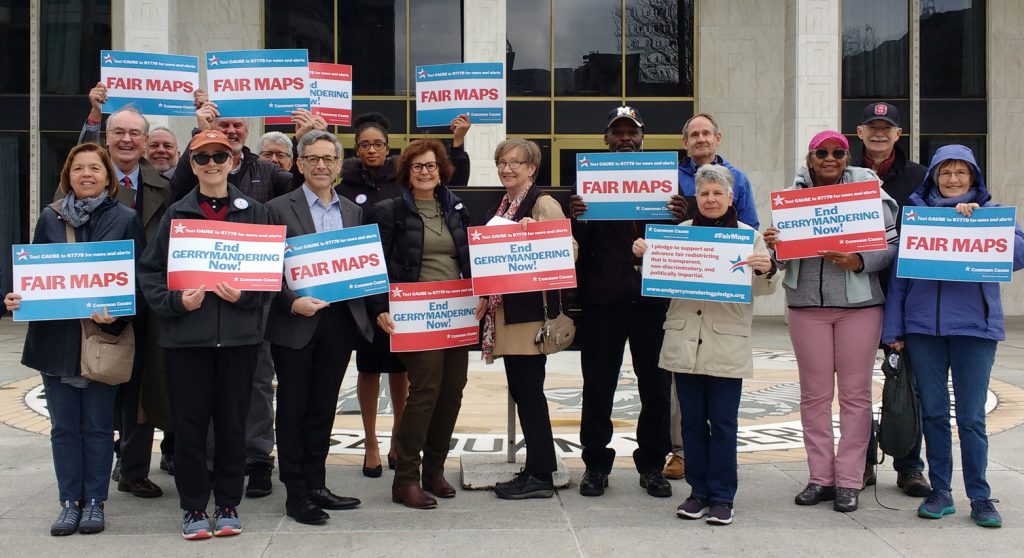 RALEIGH – Squeezed between the spring’s primary vote and the upcoming fall election, North Carolina lawmakers have returned to Raleigh for the 2022 legislative session.

One of the best things legislators could do to strengthen our state this year would be to end the decades-long cycle of gerrymandering by passing the Fair Maps Act (NC House Bill 437).

A quick primer: North Carolina’s congressional and legislative voting maps are intended to be redrawn once a decade to account for population shifts shown by the latest U.S. census. That’s called redistricting. But time and again, politicians in the legislature have abused the redistricting process. They’ve manipulated districts to unfairly favor their own party, depriving voters of a choice and voice in our elections. That’s gerrymandering.

Over the years, North Carolina has seen both Republican and Democratic legislators commit gerrymandering. We the people have suffered as politicians impose district boundaries that split neighborhoods, silence voters and especially hurt communities of color. It’s a sad fact that North Carolina has earned the misfortune of being known as the most gerrymandered state in America.

Fortunately, we’ve made important progress in the effort to stop gerrymandering.

Earlier this year, we at Common Cause and our fellow plaintiffs won a historic legal victory as the NC Supreme Court struck down the legislature’s extreme gerrymanders. For the first time ever, our state’s highest court ruled that partisan gerrymandering violates the North Carolina Constitution. As a result of that landmark case, North Carolinians will be voting in much fairer districts this election. And the decision sets a crucial precedent for future rounds of redistricting.

But there’s still more work to do.

Now we must enact lasting reform. We need to permanently take redistricting power out of the hands of partisan politicians and entrust it with an impartial citizens commission to draw fair voting maps moving forward, with robust community input and complete transparency – totally free from gerrymandering. That’s what the Fair Maps Act would accomplish.

Creating a citizens redistricting commission is common sense, and it’s had bipartisan support. Both President Ronald Reagan and President Barack Obama championed the idea when they were in office.

Of the 170 current members of the NC General Assembly, nearly 100 have at some point sponsored or voted for bills that would have established a nonpartisan redistricting process. Even the legislature’s two top Republican leaders – House Speaker Tim Moore and Senate President Pro Tem Phil Berger – each sponsored legislation similar to the Fair Maps Act when their party was in the minority 12 years ago, although they now appear to be against that reform.

So why hasn’t reform yet passed? The answer is self-serving political interests undermining the people’s will.

When a party is out of power and on the receiving end of gerrymandering, they can see clearly that change is needed. But when they’re in control of the legislature and doing the map-cheating themselves, politicians suddenly seem unable to resist the temptation of gerrymandering and they oppose the same sensible cures they once clamored for.

So long as politicians are crafting the districts from which they’re elected, they’ll likely continue to test the limits of how much gerrymandering they can get away with – no matter how much it harms the people of our state.

We at Common Cause have been working to stop gerrymandering for decades because our state’s voting districts don’t belong to politicians, they belong to the people. And we’ll continue this fight until North Carolina finally has a redistricting process that puts people above politics.

Lawmakers of both parties must reject gerrymandering, respect our Constitution and recognize that North Carolinians deserve a better, nonpartisan way to draw our districts. It’s time to pass the Fair Maps Act.

TAKE ACTION: Sign our petition to support the Fair Maps Act
Donate to support our fight to end gerrymandering