Ahead of North Carolina’s May primary, a coalition of groups including Common Cause NC, Democracy NC, the Freedom Center for Social Justice and the Sunrise Movement engaged with local students and artists in an effort to get the vote out at college campuses. As part of the groups’ chalktivism campaign, murals were designed to depict the urgency and power of young people’s vote. 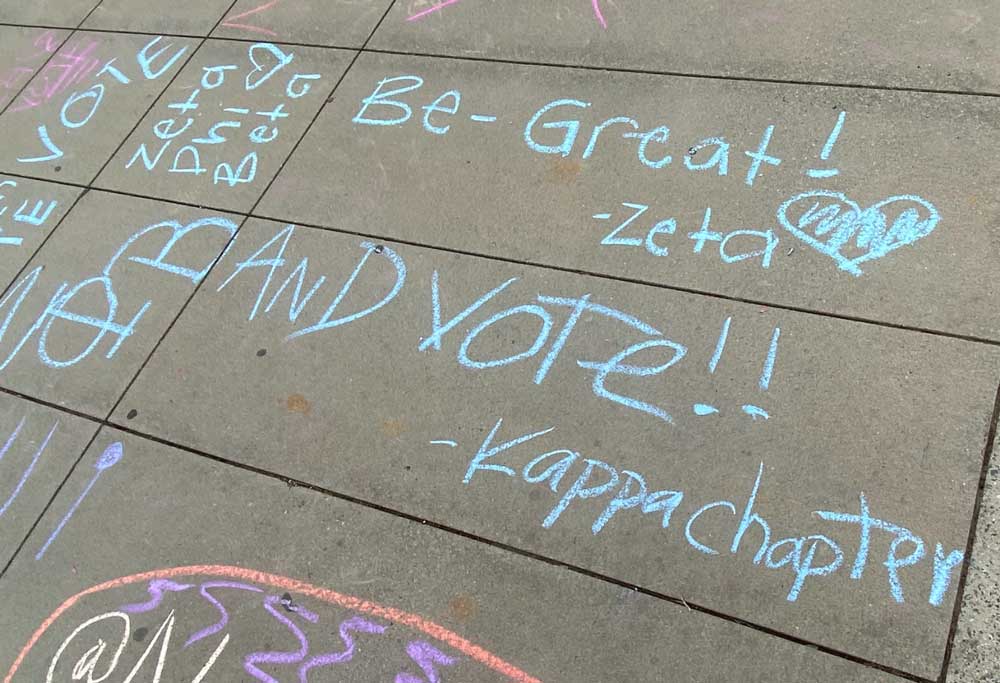 “We were able to engage dozens of students, campus organizations, sororities and fraternities in helping us create a chalk mural designed by Tiara Mitchell,” said Rotrina Campbell with Common Cause NC. “We were also able to register students to vote and answer their questions about voting, the work we do at our organizations and how they can get involved.”

The “Drawing People to the Polls” chalktivism campaign continued throughout April on the campuses of Queens University, CPCC Community College and UNC-Greensboro.

Learn more about our HBCU Student Action Alliance and our work at Historically Black Colleges and Universities in North Carolina.