Since December of 2016, committee meetings have been taking place in Tallahassee in preparation for the 2017 legislative session. Common Cause Florida has several priority issues that are expected to receive attention during this year’s regular session which begins on March 7th. Work on some of these issues has already begun during pre-session committee weeks in December and January.

Since December of 2016, committee meetings have been taking place in Tallahassee in preparation for the 2017 legislative session. Common Cause Florida has several priority issues that are expected to receive attention during this year’s regular session which begins on March 7th. Work on some of these issues has already begun during pre-session committee weeks in December and January.

As a result of the 2016 election, the 2017 legislature looks slightly different from the way it did last year. Democrats picked up 4 seats in the House, but Republicans still have a substantial majority of 79 seats to 41 Democratic seats.

In the Florida Senate, Democrats picked up one seat with the election of former State Representative Jose Javier Rodriquez and the makeup of the chamber is now 25 Republicans and 15 Democrats.

This will be the first legislative session for new Senate President Joe Negron (R-Palm City) and new House Speaker Richard Corcoran (R-Lutz) . Leading the Democrats for the next two years will be Senator Oscar Braynon (D-Miami Gardens) and Representative Janet Cruz (D-Tampa) .

Next week, Governor Rick Scott is expected to unveil his proposed budget for the next fiscal year that begins July 1st. Scott has already said he wants to cut taxes by $618 million, but that may put him at odds with Speaker Corcoran who has said he wants to cut the budget by $1 billion because of an expected budget shortfall in two years. Senate President Negron also has other spending priorities.

While the beginning of the legislative session is still more than a month away, Common Cause Florida has already seen impressive action on ethics reform by the new House Speaker. Shortly after he was sworn in as Speaker, Richard Corcoran announced significant changes to the House rules that Common Cause Florida supports. Corcoran says the new rules are meant to “change a political culture that is more beholden to special interests than to the people of Florida.”

The most powerful rule that was adopted is one that requires each budget project to be filed as a stand-alone bill. That rule alone will bring a much-needed level of transparency to the state budget process. No longer will surprise budget projects find their way into the budget at the last minute because of some backroom negotiation.

The new requirement that lobbyists disclose which bills, amendments and appropriations they are trying to influence will also bring more transparency to the legislative process and give the public the ability to see the forces at work beneath the surface that seek to shape public policy.

The new House rules extend the two-year ban on former legislators lobbying the House to six years. The rule includes former Senators who would lobby the House. That’s a significant increase in the revolving door prohibition and it will reduce the ability of former legislators to get high paying lobbying contracts based on their influence with their colleagues in the legislature.

Two other rules address issues that Speaker Corcoran believes look bad to the public. One rule prohibits lobbyists from texting or e-mailing members when they are in committee or on the floor of the House. The other rule prohibits legislators from flying on private planes owned by lobbyists.

Speaker Corcoran has indicated he will pursue more ethics and lobby reforms during the legislative session and a newly created House committee has already begun work on legislation. The House Public Integrity and Ethics Committee this week passed two committee bills that extend to six years the current two-year ban on legislators and public officials lobbying the legislature or agency they worked for. The bills would provide the longest revolving door prohibition of any state in the country. 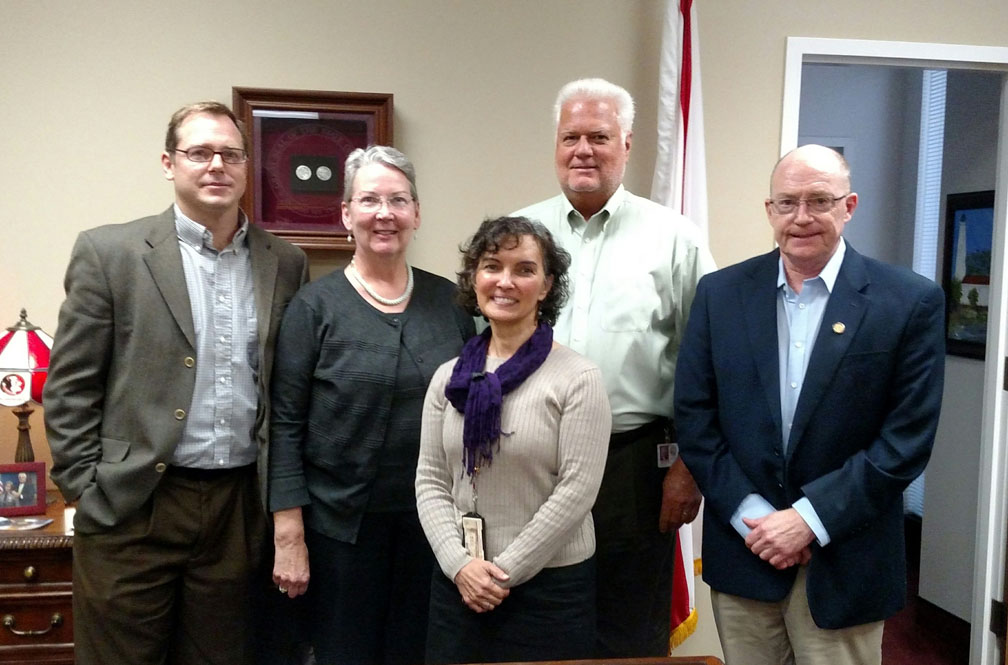 Common Cause Florida has already met with the Speaker’s staff to discuss the committee bills and the rules changes. We have also met with Representative Larry Metz , the chair of the Public Integrity and Ethics Committee and Senator Kathleen Passidomo , chair of the Senate Ethics and Elections Committee . In addition, we met with Secretary of State Ken Detzner to discuss potential voting rights and election reforms.

Common Cause Florida is currently tracking a number of bills that have already been filed for the coming legislative session. They include: