Hedrick Smith is an award-winning journalist whose documentary, The People vs. The Politicians, will air on MSNBC this fall helping to tell the good news of the growing people's movement to preserve our voices and votes in our democracy. 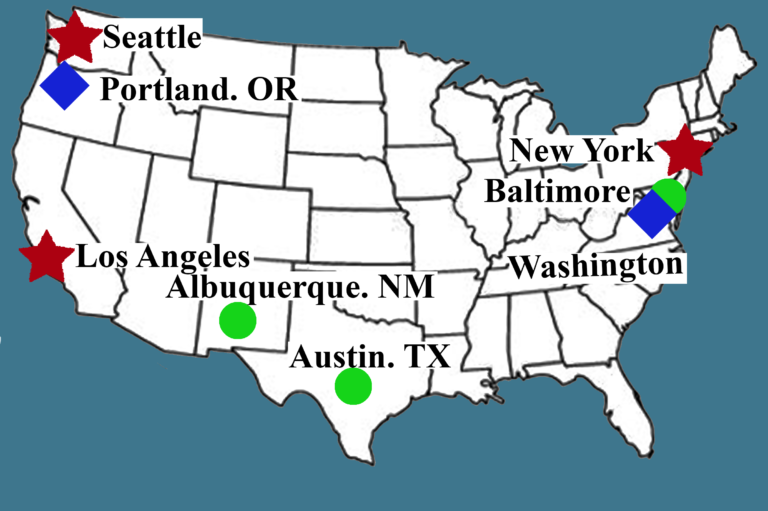 Washington – When it comes to the influence of political money on our election campaigns, you know the bad news, but you probably don’t know the good news – or even that there is good news.

The bad news is that billionaires and corporations are pouring tons of money into our elections to buy influence in Washington and in your state capital. The good news is that some states and local areas are using public funding of campaigns to empower small donors and to keep the Mega-Money campaign donors from drowning out the voices of average voters.

Already, in this year’s election cycle, the good news is that Public Funding has scored a big victory. More on that in a minute. But first, most people forget that for a couple of decades, the U.S. used public funding in our presidential campaigns.

So for six election cycles, presidents from Jimmy Carter and Ronald Reagan to George Herbert Walker Bush and Bill Clinton received public funding to match the private donations they raised. The program was funded by millions of taxpayers making small donations through check-offs on their tax returns.

But eventually, presidential campaigns got ridiculously expensive and fewer taxpayers kicked in, and so the public funding system broke down at the presidential level. Presidents George W. Bush and Barack Obama opted out.

Fortunately, the states stepped in and so today we have 25 states with some form of public funding for campaigns. Four states – Arizona, Connecticut, Maine and Minnesota – have robust systems that offer public funding to candidates for major state offices like governor, Lieutenant governor, attorney general and for people running for the state legislature.

Like the federal program, these state programs are voluntary and they get heavy participation from candidates from both major parties, Republicans and Democrats, and smaller parties, too. In Connecticut, for example, in the last statewide election, all the general election candidates for major office used public funding and so did 80% of the candidates for the legislature.

Some other states – Maryland and half a dozen others – just fund candidates for the top state offices, governor and lieutenant governor. In fact, the current governor of Maryland, Republican Larry Hogan, won the last gubernatorial race using public funds against a better funded, privately funded Democratic opponent.

A Shot in the Arm for Public Funding

Public funding in Maryland just got another shot in the arm from Montgomery County, a suburb of Washington, DC, that has more

population than six states (Alaska, Delaware, North Dakota, south Dakota, Vermont and Wyoming) when a publicly funded candidate defeated a wealthy businessman funding his own campaign for the top elected post in the county.

What Montgomery County does in its brand new public funding program is to provide a 6-to-1 match for small donations up to $150 – six public dollars for every private dollar contributed by small donors. So every small donation of $150 quickly becomes worth more than $1,000 to a candidate. That’s a big incentive for candidates to sign up voluntarily for public funding.

This year, in the big race for the Democratic nomination for the top job of County Executive, Mark Elrich, a county council member who got half a million dollars in public funds, beat out businessman David Blair who spent $3 million of his own money. The race was so close that it took two weeks for election officials to finish the vote count with Elrich winning by 80 votes.

Public funding figured prominently in other races, too. The Republican nomination was won by Robin Ficker, who qualified for public funding. And five of the nine candidates who won Democratic nominations for county council were publicly funded.

Where Else Is Public Funding in Play?

Going into this fall’s election, public funding systems will be in play in a total of 25 states, mostly for judicial races. For a state-by-state rundown click here. 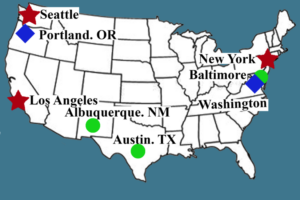 So stay tuned. Pubic funding offers a growing alternative to voters’ letting billionaire and corporate campaign donors capture American elections, mostly operating through dark money. Public funding brings political money out in the open, where we can all see what’s going on.

Two Hours with Putin vs. 30 Minutes on Election Security