Dwight Cramer has been a member of our volunteer corps, the Washington Connection, since the early 1980s. Dwight joined Common Cause in 1974 while in Taiwan in the foreign service and starting coming in as a volunteer several years later after retiring. 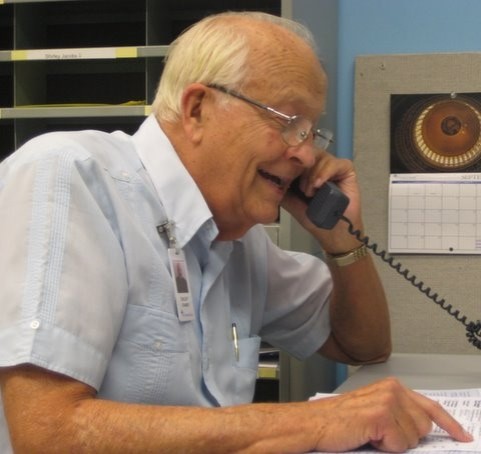 To all of us lucky enough to have known him, Dwight Cramer was the spirit of Common Cause, a gentle man with a fierce dedication to our country and our Constitution. For more than 30 years, Dwight volunteered his time and talents here at Common Cause to serve and strengthen our democracy. Absolutely no one was more committed to the notion that in our country every citizen can make a difference and every citizen has a responsibility to step up and do just that.

Eleven years ago, Dwight scratched out a few lines about his work for and with Common Cause. They’re worth re-reading today as we celebrate his life and spirit and mourn his passing.

I joined Common Cause in 1974 when I was stationed at the US Embassy in Taipei, Taiwan, Republic of China.  I don’t remember how I heard about Common Cause, but word somehow did get to the Embassy and I decided that it was something I should join.

I believe Common Cause is working at the heart of the democratic system.  All the decisions made in the system should be made on the basis of clean, transparent, prompt, and ethical processes so that the broad interest of the public is respected.  (This means elections should be fair and uninfluenced by money, the legislative process should reflect the general interest, and the officials who implement the laws should be as unbiased as possible.  This requires constant monitoring of the manner in which the entire process is carried out.)  When the opportunity arose to become a part of the organized effort to achieve these goals at Common Cause, I decided I should dedicate some of my time for this purpose.

Common Cause has lost a remarkable leader and a wonderful friend.  I have known Dwight for thirty-one years and from the first moment I met him, I could see that he was a remarkable man.  Dwight was smart, articulate and very committed to the work of Common Cause.

One of my first jobs at Common Cause was to work with the talented volunteers who came into the office each week to work with our members to engage them in our democracy fights.  The Washington Connection was made up of retired judges, teachers, foreign service officers, former defense department, CIA, and NSA staff, as well.  They were well versed in our issues and passionate about our work. Dwight was a leader among these leaders.  He also served on the Maryland board for many years and also served as Chair, where he galvanized support for a strong democracy reform agenda in Maryland.

We were so fortunate that he dedicated forty years of his life to our work.  His organizing work contributed to many of our wins at the state and national level.  Dwight embodied the spirit of John Gardner’s vision that one citizen can make a difference and citizens working together can reclaim our democracy.

The loss of Dwight Cramer has left a cavernous hole in Common Cause. He was the heart and soul of the volunteer corps.  He represented the moral and ethical conscience of Common Cause. Yes, he was all that more. During his more than 30 years as a volunteer he was a constant and enduring fixture. He almost never missed a Tuesday to report for his weekly participation. Even in the recent years when he underwent a 3 times-a-week program of kidney dialysis and was hampered by knee pain that required the use of a walker, you knew it was Tuesday because Dwight was front and center. He was our spokesmen and archivist. If one needed to ask about Common Cause volunteers activities, it was Dwight who had the right response. When we received our weekly morning briefing it was Dwight who kept the notes on the subject; even back in the early days when as much as 30-40 volunteers were in the group. And when an individual needed background or perspective on an issue, Dwight was the person to go to. He had the notes and/or the publication that related to the subject in the file cabinet of his desk. When a new staff member was introduced or when we got to meet new interns,  it was Dwight who led with the important questions.

We mourn his loss. It was my honor to call him a friend. Common Cause will never be the same again 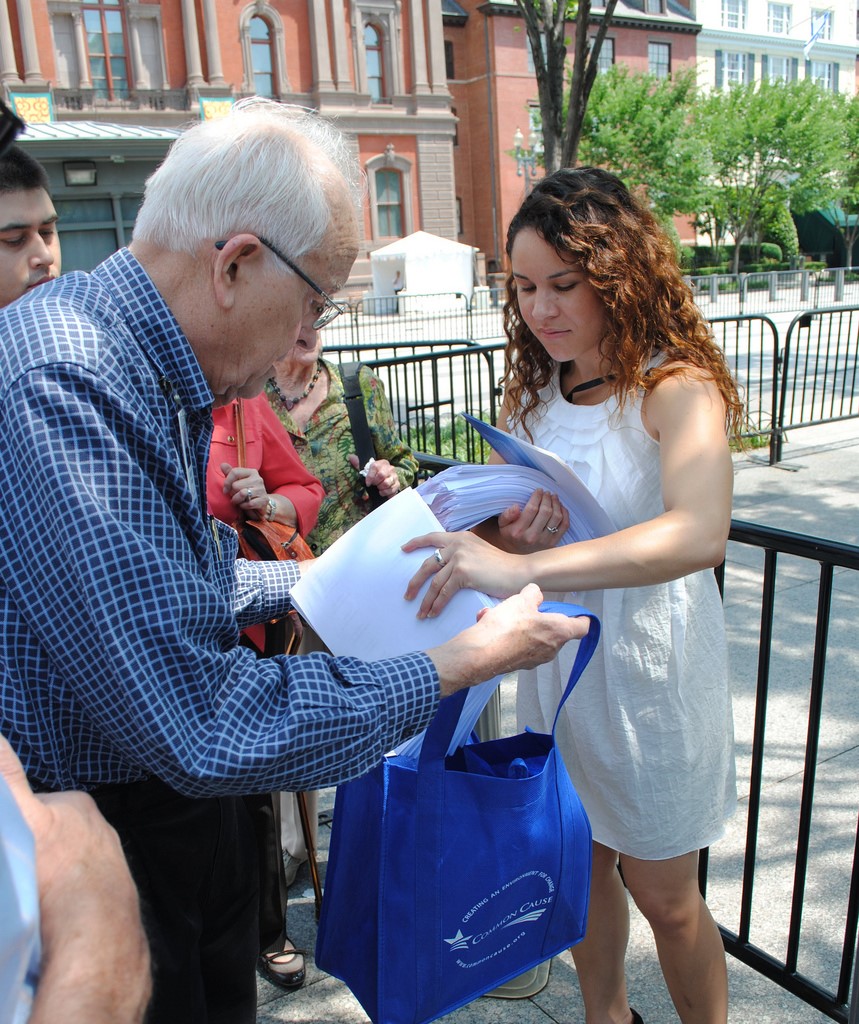 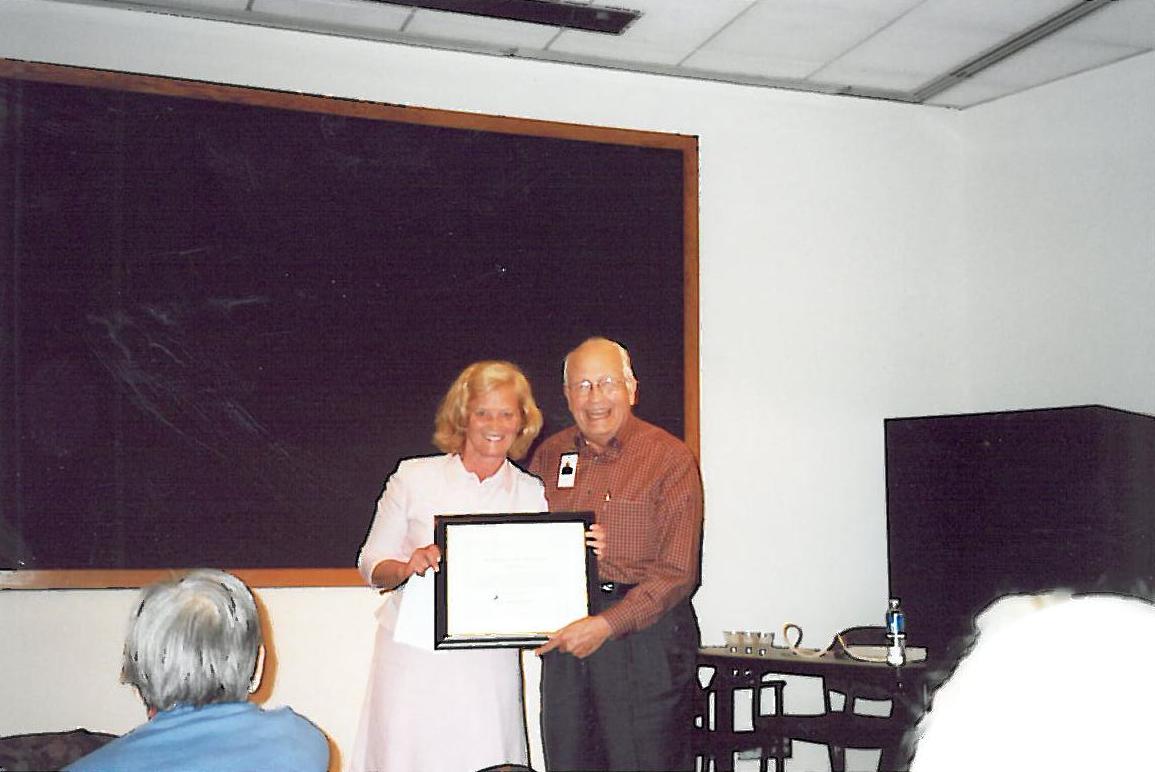 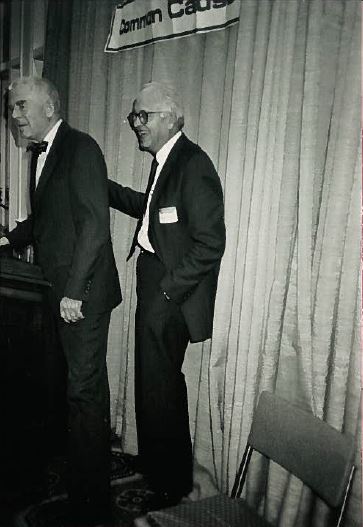