Media giants AT&T and Time-Warner got a judge’s blessing Tuesday to complete an $85 billion merger that will give the combined companies power to control the content and distribution of some of the most popular programming on the market.

The ruling by U.S. District Judge Richard Leon was a runaway victory for the companies and a setback for the Trump administration and an array of media reform groups, including Common Cause. The reformers and Trump’s Justice Department warned that the combined companies would raise prices for Time Warner programming and muscle rivals out of the market.

Unhappy with coverage of his campaign by CNN, a Time Warner property, Trump campaigned against the merger proposal in 2016 and promised to fight it as president. The Justice Department made good on his promise but steered clear of Trump’s fight with CNN, focusing on claims that the merger would increase consumer costs and stifle competition.

An economist who testified for the government said the merger could cost consumers $285 million thanks to price increases for Time Warner programming distributed by Dish Network and other AT&T competitors. The judge was unpersuaded. 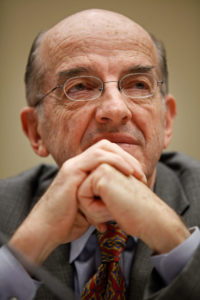 Copps predicted the merger “will raise prices for consumers, curb innovation, and reduce the amount of independent and diverse programmers in the video marketplace. Marrying content and carriage creates gatekeepers with all the incentive to favor their own services at the expense of their competitors, and that’s exactly what AT&T will do…

“AT&T will also have the incentive to discriminate against online streaming services that compete with HBO NOW (a part of Time Warner), harming innovation in a nascent online marketplace,” Copps said. He added that “with the recent repeal of net neutrality, AT&T now has the ability to block or throttle any online content that competes with Time Warner programming (and) can also offer internet plans that incentivize its customers to watch Time Warner content over any of its online competitors.”