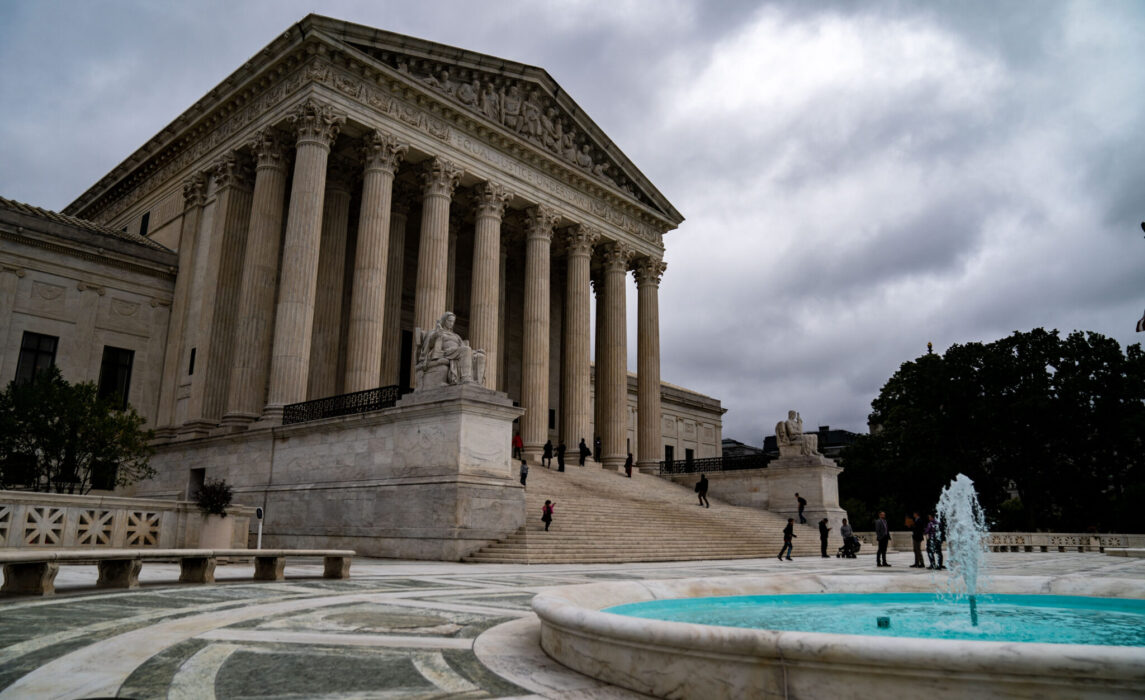 Common Cause is up against a group of extremist North Carolina legislators who argue that state legislatures should have runaway, unchecked authority over congressional redistricting, federal elections, and more.

And if they succeed in court, politicians will get carte blanche to manipulate our elections and dismantle the checks and balances our democracy was founded on. We cannot let this happen.

As we at Common Cause prepare to argue before the Court on December 7, here are six things you need to know about why this so-called “theory” simply makes no sense:

1. The Lawless Legislature Theory is nowhere in the U.S. Constitution.
2.The Lawless Legislature Theory doesn’t resemble history—at all.
3. It would mean an upending of U.S. Supreme Court precedent.
4. State and federal law lets courts override gerrymanders.
5. The Moore v Harper decision could throw our elections into total chaos.
6. The Moore v Harper decision would make it easier for power-hungry state legislators to take away our freedom to vote in free and fair elections.

1. The Lawless Legislature Theory is nowhere in the U.S. Constitution.

Proponents of this fringe argument suggest that the U.S. Constitution gives state legislatures “exclusive” power over federal elections – even allowing them to violate their own state constitutions.

But you won’t find this idea anywhere in our Constitution. The Framers assumed that state legislatures should be constrained by the very state constitutions that created them—and that includes the checks and balances provided by state courts. Judicial review, a longstanding, necessary safeguard against legislative overreach, is especially important when it comes to keeping our democracy fair for all, including in the redistricting process.

If you take our opponents’ arguments at their word, it would mean that all 50 states have constantly been violating the Elections Clause of the Constitution since the country was founded. There is simply no way that this is true, and we don’t need a history teacher to tell us that.

3. It would mean an upending of U.S. Supreme Court precedent.

Most recently, in Rucho v. Common Cause, every Justice agreed that state courts can make rulings under state constitutions about congressional redistricting. There is simply no Supreme Court case law supporting the North Carolina legislators’ claim that the Election Clause is meant to nullify state constitutions.

For example, the North Carolina legislature directed in 2003 that any redistricting challenges need to go before a panel from a particular court. The law, passed by lawmakers, even laid out a specific process for how to fix maps ruled unconstitutional. Now, this same body of North Carolina lawmakers want us to believe that there’s no legal concept of an unconstitutional map, despite having a codified language that speaks to it.

These arguments also run counter to our federal law, which explicitly requires that state legislatures draw maps in a “manner provided by state law,” meaning that voting maps are drawn up in accordance with state statutes and constitutions. Congress has also given state courts the power to draw new maps in scenarios where legislature propose maps considered by a court to be illegal or unconstitutional.

5. The Moore v Harper decision could throw our elections into total chaos.

An overreaching Supreme Court ruling in Moore v. Harper could nullify dozens of state constitutional rules about federal elections, many of which were passed by popular vote by citizens in favor of elections processes outside of the control of partisan interests. It could potentially create two different sets of rules one for state and local elections, and another for federal elections like Congressional seats and the presidency— and force our local election officials to run dueling elections split between state and federal offices.

6. The Moore v Harper decision would make it easier for power-hungry state legislators to take away our freedom to vote in free and fair elections.

Not only would this make gerrymandering and voter suppression even easier than it already is for extremist politicians intent on consolidating power, but it would also undermine the public’s trust in our elections and may force voters to navigate two very different and very confusing sets of rules just to cast ballots while exercising their fundamental rights to vote.

The Lawless Legislature Theory flies in the face of checks and balances – which exist specifically to prevent the sort of lawlessness that’s characterized North Carolina’s approach to running elections. North Carolina state courts simply did their constitutional duty, and now we are facing an enormous challenge to our long-standing elections processes all because a handful of politicians didn’t like the odds they faced in fair election maps.

This is why we at Common Cause are ready to stand up for democracy and the rights of everyday voters at the U.S. Supreme Court on Dec. 7. We expect to show the justices that our free and fair democracy depends on them rejecting the Lawless Legislature Theory and keeping the checks and balances our democracy relies on in place.

Election Day 2022: How Common Cause is Defending Voters