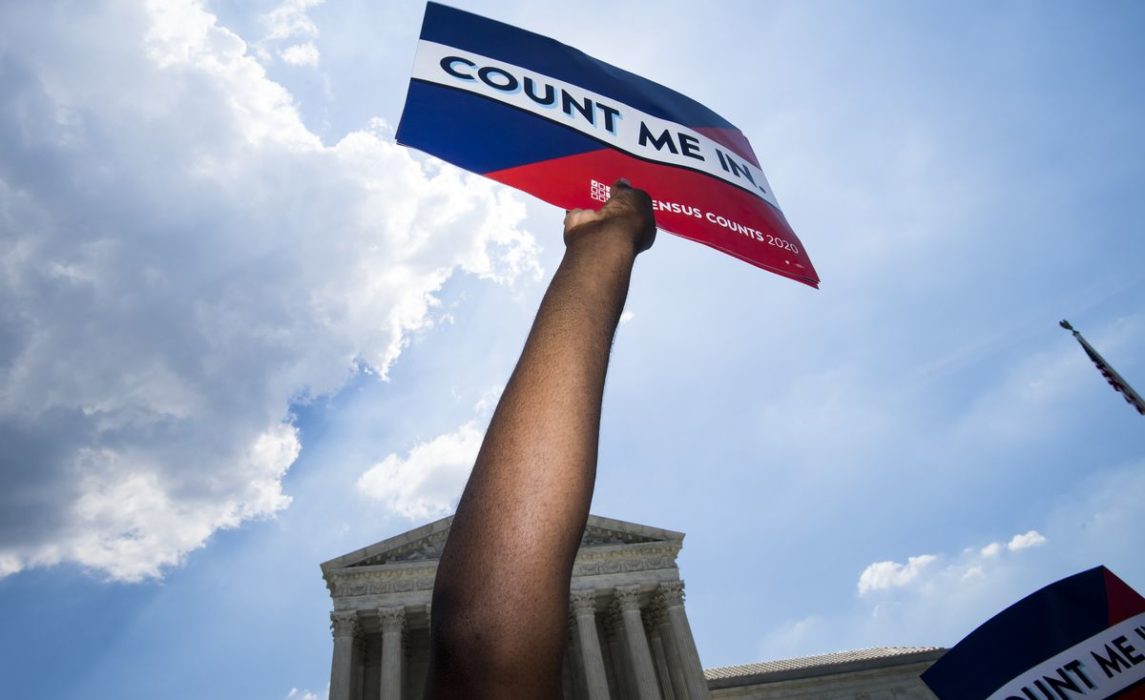 With the U.S. Census occurring just once per decade, each edition of the national population count represents a fresh set of challenges, debates, and adaptations to changes in American society. As such, each cycle of census preparation is similarly accompanied by a host of new controversies and issues surrounding the count. The 2020 Census, however, has involved a particularly unique set of challenges from the outset. Here are just a few of the ongoing controversies associated with the fast-approaching count:

Perhaps the most prominent dispute pertaining to the 2020 Census has been the Trump administration’s efforts to add a so-called “citizenship question“ to the standard demographic questions asked on the form. The question, which would pose “Is this person a citizen of the United States?”, has been the subject of fierce public debate, inter-party feuding, and even Supreme Court litigation over the past year.

The Trump administration, for its part, insists that the citizenship question would play an important role in enabling the federal government to protect the voting rights of the America’s minority residents. Yet, opponents have largely debunked this claim– pointing to the fact that the inclusion of the question would actually deter millions of immigrants and their families from filling out the census to avoid being potentially targeted by the government. Even the Census Bureau itself has confirmed that inquiring about citizenship status would lower the response rate among both immigrants and non-white residents.

As the census is used to draw voting districts and apportion seats in the House of Representatives, the resulting undercount from the citizenship question would heavily distort the representative power of millions of Americans in the state and federal legislatures. For instance, areas where large numbers of immigrants live would be designated fewer state and federal representatives than is necessary for equal representation. Additionally, these areas would receive proportionately less federal funding as compared to those regions with a more accurate count.

After over a year of dispute, it appears citizenship question will not be included in the 2020 Census. In the Supreme Court case Department of Commerce et al. v. New York decided in late June, the court ruled that the question could not be included in the census under the Trump Administration’s stated rationale. In the days following the decision, President Trump threatened to seek additional pathways to add the question to the 2020 Census, including via executive order, but ultimately backed down. He did, however, order a number of federal agencies to determine the amount of non-citizens living in the United States using their current population datasets.

In 2012, Congress ordered the Census Bureau not to exceed the $12.3 billion in costs that were required for the 2010 census. The problem: each census has cost far more than the previous one, with The Washington Post reporting that costs have roughly doubled over the past two decades. Indeed, the 2020 Census is expected to cost $15.6 billion in total. Nonetheless, Congress has until recently, refused to provide the funds that a full census operation demands; former Census director John Thompson has asserted that the Bureau has been “underfunded by about $200 million” since 2012.

The Bureau has attempted to compensate for these rising costs by adopting new streamlined technologies, such as an online option for respondents to fill out the survey and using smartphones to log information in door-to-door operations. However, the overall lack of funds has created doubts about the Bureau’s preparedness to conduct an accurate count in 2020. The testing process has been full of disruptions, with the Bureau going so far as to cancel all 2017 field tests due to high costs. Additionally, the 2018 end-to-end tests were planned to take place in three areas of the country, but ended up only being carried out in Providence County, Rhode Island. Overall, the dearth of rehearsals for the 2020 Census leaves the Bureau’s final efforts vulnerable to any number of unforeseen issues that otherwise could have been exposed during test runs.

The lack of funding has also led to the Bureau’s failure to conduct complete tests of the new technology planned for the 2020 Census. During the Providence County test, census workers faced multiple technological issues, including a software glitch that led to canvassers covering the same block and lack of internet signal to log and transmit collected data. The absence of adequate testing also increases the risk of external problems such as cyberattacks, which could lead to a breach in the Bureau’s data protection. Indeed, an audit by the Commerce Department’s Office of Inspector General found that the Bureau’s new method of data storage via cloud technology was not secure, and warned that such a vulnerability could be “potentially catastrophic” if exploited by an outside hacker.

Congress has decided to fund the Census Bureau and 2020 Census operations at required funding levels in 2018 and 2019, but unfortunately much of the potential damage that comes with lack of testing cannot be undone.

Competing with highly publicized issues such as the citizenship question, data security, and preparedness levels, the contention over the Census Bureau’s new method of data protection has received comparatively little attention. Since the early days of the Census, the Bureau has taken a variety of measures to secure the confidentiality of the residents who fill out the survey. That used to take the form of simply removing the names and addresses of respondents from the publicly released data sets, yet, as information technology has improved drastically over the past few decades, the census has developed a plethora of techniques to safeguard people’s private information. For instance, the 2010 edition’s security efforts relied largely upon a method called “swapping,” in which information collected about households in different geographic areas was purposefully swapped for one another to create an element of uncertainty in the data set. This method was generally seen as successful, both shielding the privacy of respondents while preserving the overall integrity of the data.

However, as mathematical breakthroughs and more powerful computing tools have continued to proliferate throughout the past decade, the Bureau has determined that its past methods of data protection are insufficient for the 2020 Census. Indeed, in 2016, the Bureau assembled a team of researchers tasked with reconstructing the records of 2010 respondents using that year’s publicly available census data. With modern statistical tools, the team was able to extract varying levels of information for roughly 46% of the 308,745,538 respondents.

To address this potential flaw, the Bureau announced in late 2018 that it would adopt a novel framework for privacy protection, known as “differential privacy.” This approach, used by tech companies such as Google and Apple to secure consumer information, works by injecting “noise,” or random variables, into the data set. After the 2020 Census is completed, the Bureau will determine the amount of randomness that needs to be added to the records before releasing them to the public, attempting to strike a balance between preserving privacy and maintaining accurate data in the process.

This balancing act is precisely where the potential for issues arises- too much “noise” in the data would render it useless for many of the areas of public good that depend upon accurate records. Apart from the aforementioned redistricting process, the Census data is widely used for analyses of the economy, education, transportation, business decisions, demographic changes, public health, federal and local planning, and public policy. For instance, city planners use small-area data from the census to gain a better understanding of communities and focus resources where they are most needed. Scientists and researchers use Census data to study and predict the outbreak of diseases in certain areas of the country, enabling public health officials to better execute treatment and prevention operations. To put it mildly, the adoption of differential privacy will have drastic effects for these uses of the census data.

Despite the wide ranging consequences that noise injection will have, census officials will not disclose the details of the extent that differential privacy methods will be used (mainly due to security concerns). It is therefore not clear just how much randomness will be introduced into the 2020 Census data set- a fact that leaves researchers across many fields extremely concerned. Too much noise, and the Bureau runs the risk of releasing a data set that is not accurate enough to serve as a foundation for its many vital public uses. The result: many academics in the field of statistics are cautioning that the bureau’s differential privacy initiative is simply “too much, too soon.”

Read the other blogs in this series: