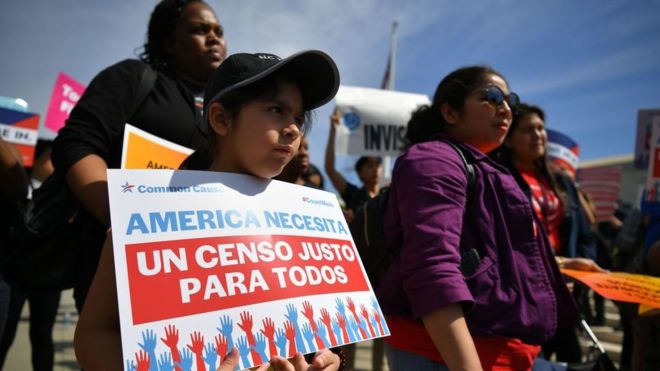 Occurring just once per decade, the United States Census stands for much more than a mere tally of the country’s population. As Gordon De Jong, professor of sociology and demography at Penn State University, puts it, “The census is most definitely important. Our whole representative democracy is based on it.” Indeed, the population data collected by the census is used to apportion the seats in the House of Representatives among the 50 states, as well as to draw congressional district boundaries within the state legislatures themselves. Data from the census also guides many of the government’s most consequential policy decisions, including the disbursement of federal and state funds, development of public health programs, and the forecasting of Social Security budgets. Information from the census is used extensively in the private sector as well, as companies use demographics to determine how best to run their companies in relation to the spread of American consumers. All in all, an accurate census serves as one of the pillars of a functioning American democracy, impacting every single American resident in more than one way.

The US federal government bases a large amount of its funding allocation on data provided by the decennial census. In fact, research by the Census Bureau found that, during the 2015 fiscal year, the federal government used census information to determine the spending of over $675 billion in federal funds. These funds were directed to 132 government programs, including Medicare, Medicaid, Federal Direct Student Loans, the Supplemental Nutrition Assistance Program, and Head Start. Many of these programs serve lower-income families, which are often among those that are hardest to count in the census. As a result, without an accurate count, areas with high rates of low-income families stand at risk of being underfunded- a disastrous occurrence for those that depend upon such programs for their livelihoods.

Census data is also key in allocating federal emergency and disaster funds across the nation. According to the Census Bureau, data helps determine how “funds are used for services like emergency response and fire departments, and clinics and hospitals” in every state. Some of the largest federal programs that use census data to disperse funds are ones formed in response to natural disasters. For example, the Bureau’s 2020 Census Research report found that, in the fiscal year 2015, approximately $3.4 billion was allocated towards Hurricane Sandy recovery efforts in multiple states. Without demographic information from the census, it would be far more difficult to accurately target disaster relief efforts in the areas that require the most assistance.

Data from the census serves as the foundation for scientists in the United States to understand the distribution of diseases and health crises across the US population. Scientists often study health epidemics, such as diabetes or heart disease, among specific racial and ethnic groups in an effort to discover patterns across different sectors of the population. From these research efforts, public health officials use the data to create policies and programs that can accurately address the health concerns in different populations around the nation.

Using demographics from the census, public health officers can launch preventative health initiatives in areas in which they expect to find a prevalence of specific ailments. For instance, in low-income areas with old or substandard housing units, officials can predict the development of issues associated with lead-based paint and asthma. They can then target these areas with specific remedial programs, thus preventing the progression of diseases and saving the potential costs of treatment.

An inaccurate census count would thus undermine the effectiveness of public health programs in combating health issues across the country. Inaccuracies in demographic data could lead to policies incorrectly focusing on issues that aren’t particularly pressing, or even overlooking crises that demand attention. Moreover, areas that underreport their total population (such as those with an abundance of immigrants) risk losing public health funding, as well as support for other initiatives that impact wellness like food programs, transportation services, and school programs.

Planning for Social Security, the single largest program included in the annual federal budget, relies heavily upon demographic data generated by the census. Congress uses information such as the nation’s birth rate, immigration rates, and expected number of deaths to set aside funds for the nation’s Social Security budget each and every year. Without accurate census data, it wouldn’t be possible to accurately plan for the funds needed to support a functioning Social Security program.

Furthermore, information from the census is used to project the future viability of Social Security payouts for the coming decades. Currently, the funds for these payouts are mainly drawn from payroll taxes, as well as from “trust fund” reserves set aside by the Social Security Administration (SSA). According to projections using data from the census, these reserves are set to be depleted by 2035 due to the net losses the program experiences each year- an issue that is exacerbated by factors such as the country’s historically low birth rates and ever-increasing numbers of retirees. Armed with this information, the SSA has already begun the planning process for coping with this lack of reserves. The administration is preparing plans to lower operational costs and increase the program’s overall revenue, as those are the only options other than slashing payouts to millions of Americans when 2035 rolls around.

Perhaps the most important function of the decennial census lies in its role as the basis for the apportionment of state and federal government representation throughout the country. Based on population figures collected from the 2020 census, each state will re-draw congressional and state legislative district boundaries in a process known as redistricting. These districts, which will be finalized in 2022, remain in effect until the next decennial census takes place. The accuracy of the population data provided by the census is thus incredibly significant for the existence of an equitable representative democracy.

At the congressional level, demographic figures from the census are first used to determine the amount of seats in the House of Representatives that each state is allotted out of the 435 total. Based on current projections, states such as Pennsylvania, New York, Rhode Island, and Michigan are set to lose seats in the House after the 2020 census, while other states such as California, Oregon, Arizona, and Colorado are likely to gain seats. For small states such as Rhode Island, which currently possesses two seats, the possibility of losing a seat in the House holds massive implications for its level of influence in the federal government.

In the 43 states with more than one member of the House of Representatives, census data is also used to redraw the district boundaries for these seats. This redistricting process- which also occurs at state legislature level- is one fraught with controversy and complexities, as gaining control over how the boundary lines are drawn can provide one party with major advantages in both statewide and federal politics for years to come. In most states, the state legislature both creates and enacts the new voter districts via a bill typically passed by a simple majority. As a result, the ruling party in each state is often able to establish districts that maximize the influence of supporting voters, while minimizing the representation of the opposition- a practice known as gerrymandering.

As census data plays such a pivotal role in the allocation of both state and federal representation, this apportionment process constitutes another area of US democracy that relies upon an accurate count. Not only is the count used to determine the number of House representatives that each state is designated, but census data is also crucial in drawing the very lines that determine how each and every person in the country is across multiple levels of governance. Without accurate demographic figures from the census, reaching the American ideal of equal representation would simply become an impossible task.

Read the other blogs in this series: