HB 3009: A Bold Reimagining of Civics Education in Texas 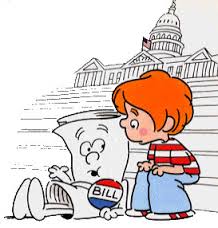 Common Cause is a national, nonpartisan advocacy organization that works on a broad range of voting rights and democracy issues.

Here in Texas, one of the biggest problems we strive to remedy is the participation problem.

The 2018 Civic Health Index produced by the Annette Strauss Institute for Civic Life at The University of Texas included some alarming findings on this subject.

Among them, they found that:

Participation is the single most vital ingredient necessary for our democratic system to function properly. The lack of participation we’re seeing in Texas is a huge problem that we must address.

There are a number of reforms we’re supporting that would address parts of the problem.

For example, we could increase the number of Texans registered to vote by adopting online or automatic voter registration.

Modernizing our election infrastructure and expanding the countywide vote center models would would go a long way towards reducing the long lines at the polls.

But while those types of reforms would make a big difference – we believe the single biggest step we could take towards addressing our participation problem in a comprehensive way would be to improve the way we go about teaching civics to our young people.

We strongly agree with this recommendation from the Civic Health Index:

As we spoke to experts who work in the civics education field, we were excited to discover that a form of project-based civics is gaining momentum around the country and appears to be precisely the type of bold reimagining of civics education that we need in Texas.

And this is a sentiment echoed by our membership.

Recently, we partnered with Generation Citizen to ask Texans for their thoughts on the state of civics education in Texas.

We emailed a civics survey to our membership of over 32,000 Texans and shared it online.

The vast majority of responses were decidely negative, along the lines of what Jamie, Billie and Martha said:

Robyn does a great job of nailing the problem:

While the vast majority of the responses were fairly depressing, there were a few really encouraging ones – like these from Sharon and Jamie:

Without us prompting them to get specific answers, Texans, on their own, talked about how they felt the current state of civics education in Texas is unacceptable.

But more importantly, when the spoke of civics education in a positive context, the common thread was that those people were given instruction in a way that made civics tangible to them. Instead of simply reaching how a bill becomes a law in a book, they had some type of hands-on experience that showed them how government really works.

That type of hands-on education usually came about as a product of a teacher going above and beyond the curriculum but House Bill 3009 by Representative Talarico strives to codify exactly that type of project-based civics instruction.

We strongly believe – of all the bills we’re working to get passed this session – House Bill 3009 has the potential to be the most impactful when it comes to finally making substantive progress towards remedying our participation problem in Texas.

We thank you for your consideration of this legislation. We strongly urge you to vote House Bill 3009 favorably out of committee.

The case for publicly financed campaigns in Texas