Win a lunch with your favorite scholars of Rhode Island Politics

Win a lunch with your favorite scholars of Rhode Island Politics

A raffle for lunch at Common Cause Rhode Island

Need one more reason to join Common Cause Rhode Island this Thursday for our 42nd Annual Meeting?

Win lunch with one of Rhode Island’s top political minds!
Join your favorite on campus for a fancy box lunch, dynamic conversation, and get one of their publications in the bargain!
1 ticket for $5 – 5 tickets for $20

Proceeds to benefit the Common Cause Rhode Island Education Fund. For more information please contact us at 401-861-2322.  Tickets will be sold and winners will be drawn at the Annual Meeting. 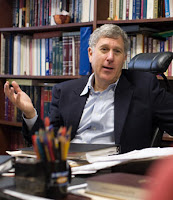 Brief bio: Professor Bogus’ interests include:  modern American political ideology and how it affects public policy and law; torts and product liability; and gun control and the Second Amendment. Professor Bogus has testified before Congress and spoken about these topics across the country. In addition to books and law reviews, his writings appear in opinion journals and newspapers, including The Nation, American Prospect, USA Today, Los Angeles Times, Boston Globe, Washington Times, and the Providence Journal. Read more.

Publication: When the State Speaks, What Should it Say? How Democracies Can Protect Expression and Promote Equality (Princeton University Press, 2012)

Brief bio: Maureen Moakley (Ph.D. – Rutgers – 1984) is a Professor of Political Science and  teaches American Government, State Politics and Media and Politics. She writes extensively on state politics; her books include: The Political Life of the American States, Party Alignment and State Politics, and Rhode Island Politics and Government with Elmer Cornwell.  In addition to her academic work, she does regular political commentary on state politics on Rhode Island PBS and Rhode Island NPR. Read more. 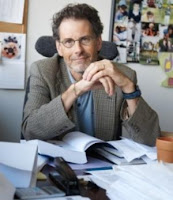 Brief bio: Professor Michael Yelnosky brings an extensive background in employment law. He is active in the legal community and recently served as a neutral arbitrator in the case RIBCO v. State of Rhode Island. As President of the RI Chapter of the Labor and Employment Relations Association, Yelnosky has moderated a program on the Roberts’s Court’s treatment of labor and employment law issues. He has also written on Judicial Selection in RI. Read more.

It’s not too late to purchase your tickets to the Annual Meeting.  Please contact us at 401-861-2322 to reserve your seat.