On Monday, November 28th, three draft plans for redrawing Rhode Island’s congressional districts were publicly released at a meeting of the state’s reapportionment commission. Unfortunately those maps are not yet available online. Although certainly not an optimal solution, I’m posting the drafts, with brief explanations, here.

First up are the existing districts. This plan puts 19 cities and towns in each of our two districts and splits Providence roughly in half. 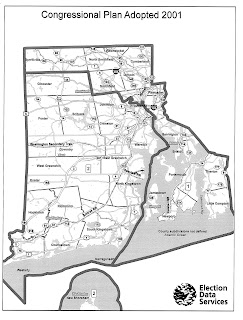 The first draft plan, labeled “Plan A”makes some drastic alterations to the current districts. It shifts Burrillville, Portsmouth, Middletown, Newport, Little Compton and Tiverton to CD2 from CD1. To balance population CD1 would receive seemingly all of Providence. 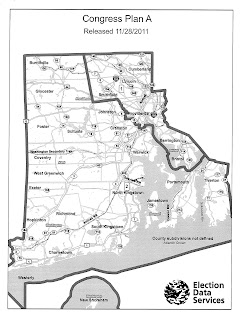 Draft “Plan B” takes a different approach. In addition to Burrillville, North Smithfield, Cumberland, Woonsocket, Lincoln, and Jamestown are added to CD2. Johnston, in turn, is moved to CD1 and seemingly so is the balance of Providence. 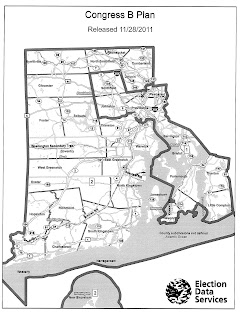 Finally there is “Plan C.” This version moves Burrillville to CD2 and makes some changes to Providence. 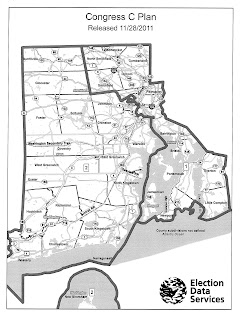 We were assured that high resolution versions that will allow closer examination of these plans will be made publicly available soon. Let’s hope.