Common Cause alongside our partners -- the National Urban League and League of Women Voters filed a lawsuit on August 19, 2020 that seeks to undo the changes Postmaster General Louis DeJoy has recently implemented.

The USPS is a lifeline for many Americans — millions will rely on the Postal Service for everything from mail-in ballots to life-saving medications. But President Trump is politicizing this once non-partisan government agency to interfere with elections. President Trump’s handpicked postmaster, General Louis DeJoy, a mega-donor with no prior USPS experience, is trying to undermine the agency and threaten our right to vote safely and reliably by mail this fall. Less than a month after taking over as postmaster general on June 16, DeJoy made changes to long standing policies that had an almost immediate effect on delivery time— within weeks, voters and postal workers across the country were reporting noticeable delays, and election officials began instructing voters to drop their ballots off in person rather than return them by mail and risk their late arrival. While the changes made by DeJoy are aimed at erecting barriers to the efficient receipt and delivery of mail-in ballots, they are not just hurting voters. They are also harming our seniors, veterans, workers, families in rural areas, and small businesses who depend on the USPS.

Common Cause is suing to protect Americans’ right to vote and access to mail. These drastic and disruptive changes to the USPS by the Trump Administration are an attack on every American’s right to vote and their First Amendment right to free speech. 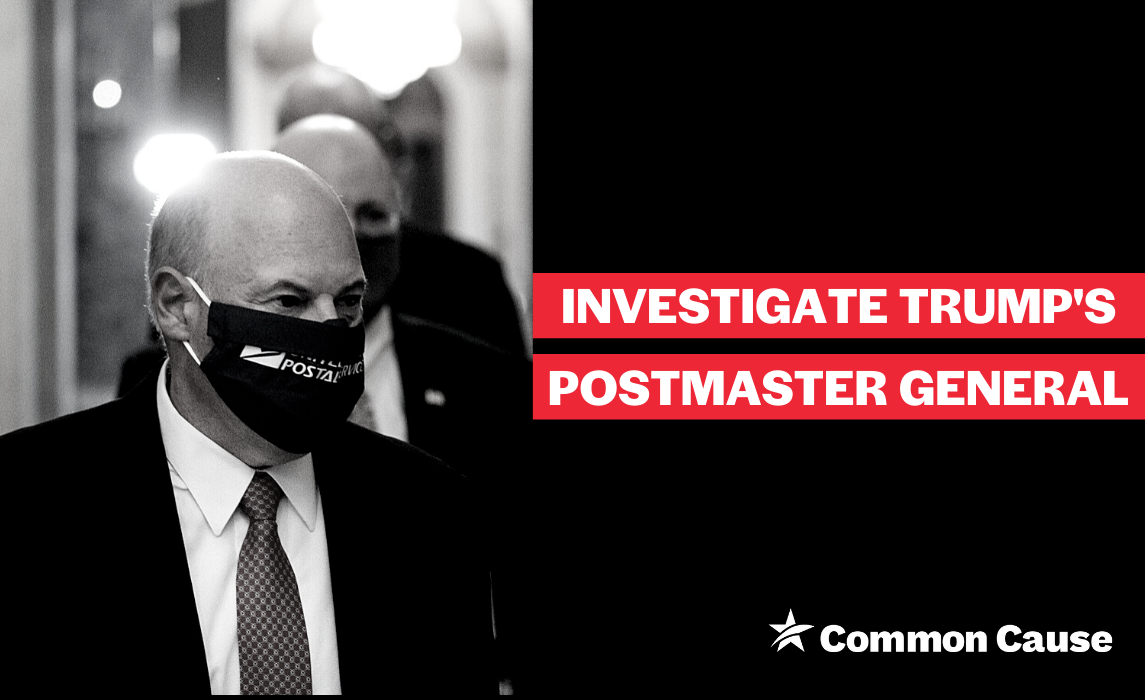