Thanks to all who attended our June Fair Districts All Volunteer Huddle. If you missed it, you can see slides and view a recording. Here is a brief update.

Note: our meeting was the victim of a nasty (but most-likely random) Zoom bombing incident. We are changing up the meeting link and will have better/faster anti-hacking defenses in the future. Apologies to all, especially to those whose innocent names were used as part of the hack. We very much hope this does not happen in the future.

Dissent from Judge Marbley: “(In making this decision), the majority tables a watershed constitutional referendum, abrogates controlling decisions of the state Supreme Court, and unwittingly rewards the Commission’s brinksmanship over the rights of Ohio voters.”

From Justice O’Connor’s concurring opinion striking down the 5th set of Ohio House and Senate maps:

“The federal court determined that to avoid jeopardizing Ohioans’ right to vote, it would wait until May 28 before acting. But the federal court did not ‘stay [its] hand until May 28,’ as it stated it would, and leave the state to fix the crisis created by the commission’s own actions. Instead, the federal court provided the Republican commission members not only a roadmap of how to avoid discharging their duties but also a green light to further delay these proceedings by stating its intention to implement ‘Map 3’…, all the while acknowledging that this court had declared Map 3 to be invalid and unconstitutional.” 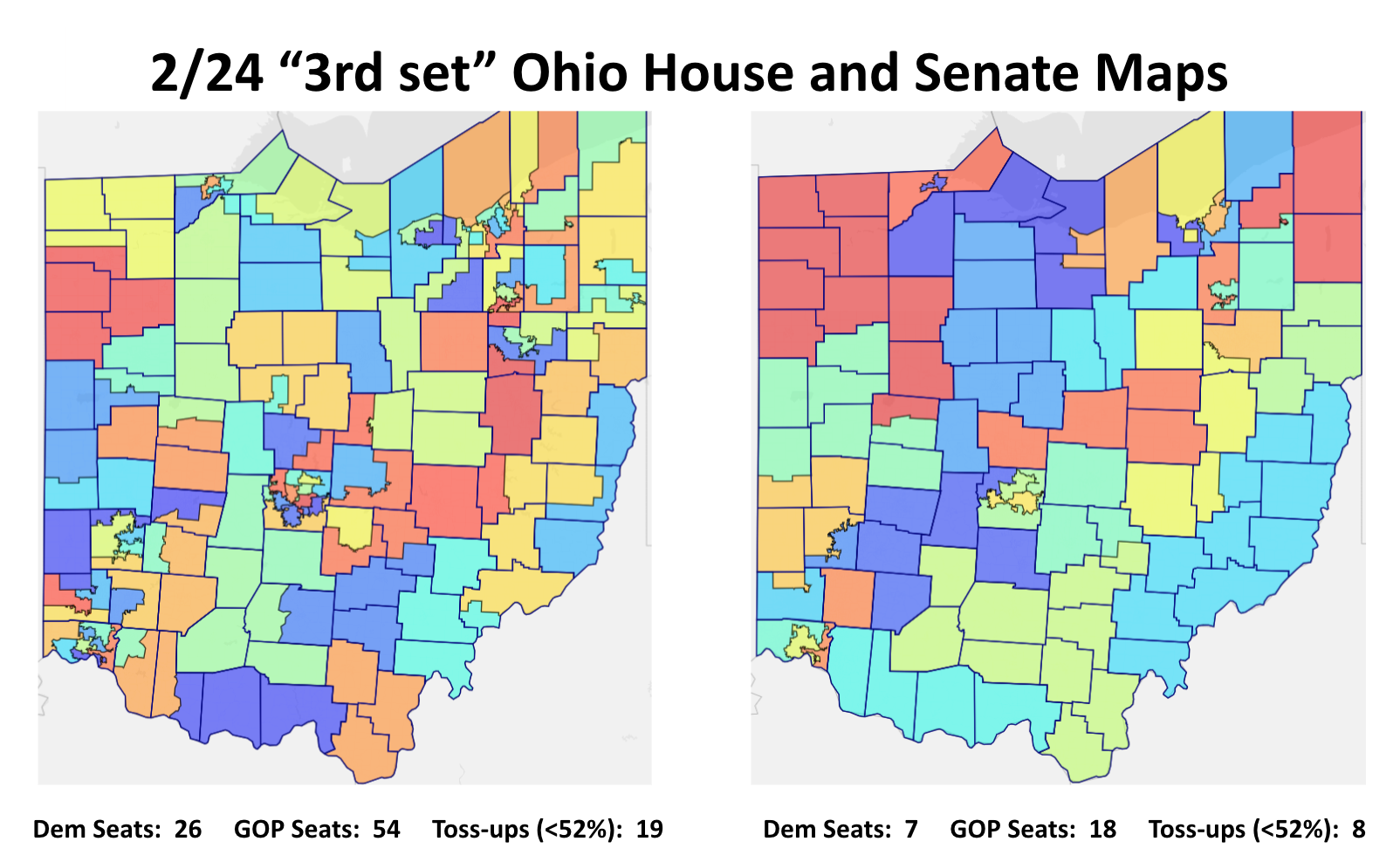 After the 3rd set of maps was finally adopted, additional lawsuits have appeared. This is in part because the GOP used information from the 2nd set of maps to draw candidates out of districts. Here is a list of new lawsuits: 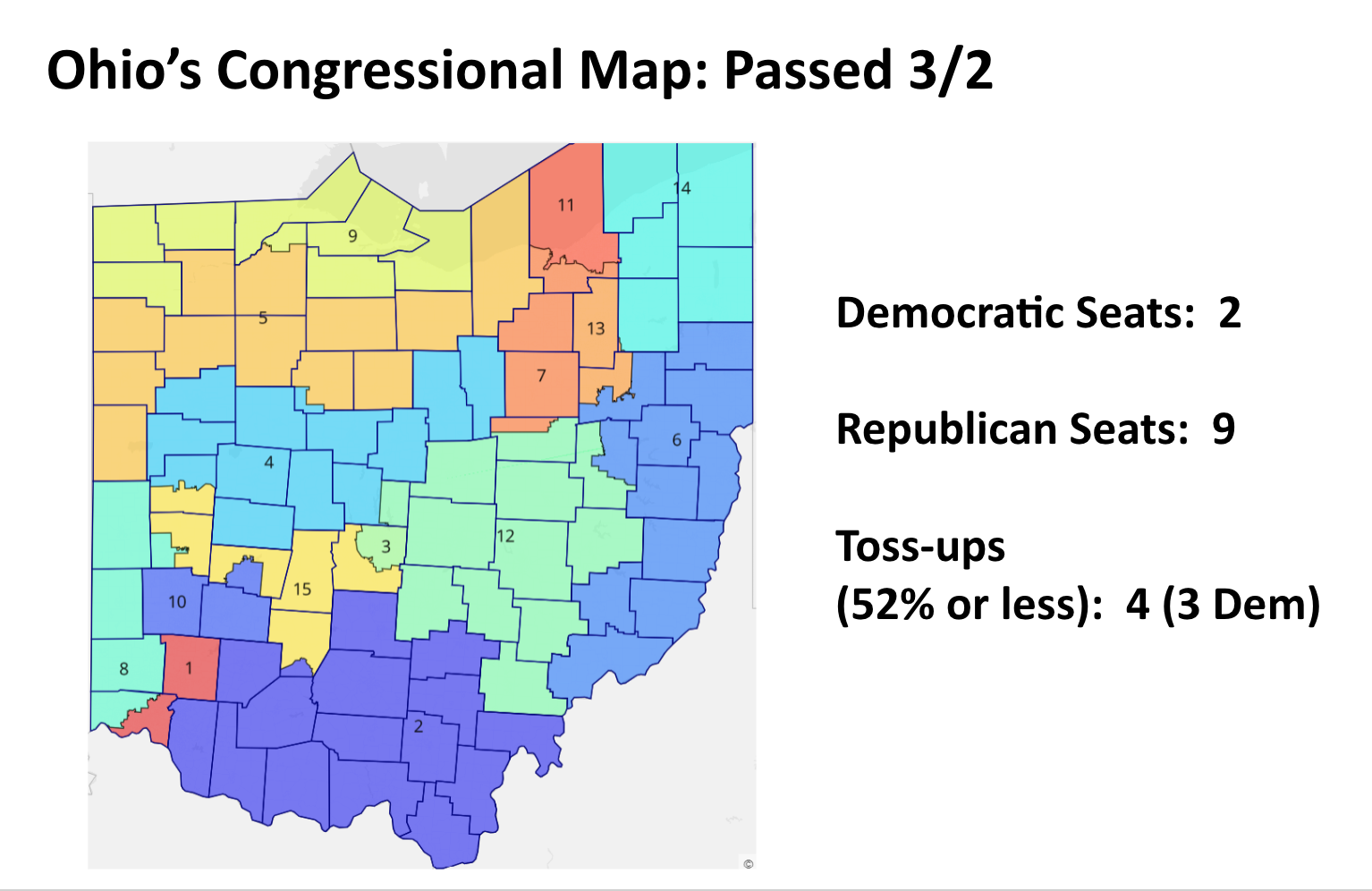 We voted 5/3 using this map although it may still be struck down as unconstitutional.

5. Actions you can take