Celebrate Sunshine Week by Shining a Light on Massachusetts Government!

Celebrate Sunshine Week by Shining a Light on Massachusetts Government!

Celebrate Sunshine Week by Shining a Light on Massachusetts Government! Join us in making a powerful call for strong final public records reform. 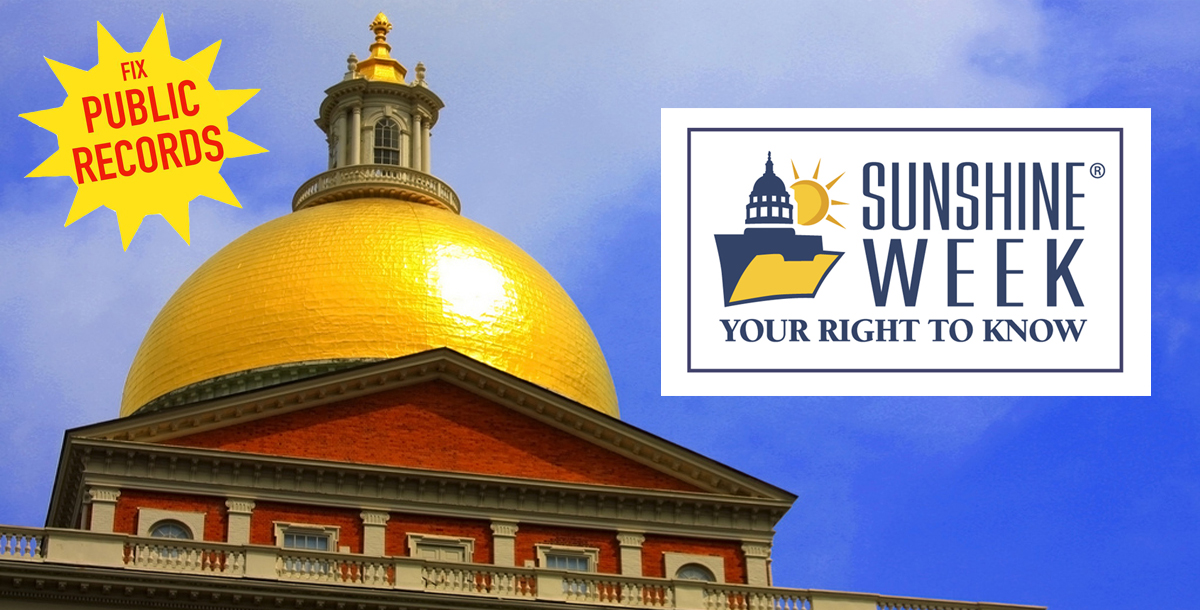 As we head into springtime, the sun is starting to come out across Massachusetts. Along with it, Sunshine Week, a nationwide celebration of open government and political transparency established by the Associated Press, is here again.

For Sunshine Week in 2015, we marked the occasion with a powerful call for long overdue 21st century public records reform. We were joined in this by our partners in the Massachusetts Freedom of Information Alliance, as well as an unprecedented barrage of media editorials and articles in support.

Together, we have since made amazing progress on achieving that reform goal. Both the Massachusetts House and Senate have unanimously passed their own versions of bills to finally start fixing our broken freedom of information law!

Now these bills (H. 3858 and S. 2127) are in conference committee, and legislators are working to reconcile their differences into a final piece of legislation. The committee includes Representatives Kocot, Kulik, and Muratore, as well as Senators Lovely, Lewis, and Humason. Once they are done with their work, the reform will go to the Governor for his signature.

This means we are in the final stretch – but we can’t let up until the very end. We need to make sure this legislation truly strengthens enforcement of the law, limits costs for access to public information, and ensures responses occur in a reasonable time frame.

Specifically, it should include:

We are advocating for these reforms to the conference committee now, and we are asking citizens across Massachusetts to join us. Please celebrate Sunshine Week by making another powerful call for open government and political transparency today.

The Massachusetts legislature is back for 2016.