Common Cause Education Fund (CCEF) is actively working to build a democracy where everyone has access to a free and open internet and telecom and media companies are held accountable, through the Len Hill Media and Democracy Project, thanks to the generous grant of the Leonard Hill Charitable Trust.

Len Hill, former Common Cause Board Member, was instrumental in pushing deep into the work of 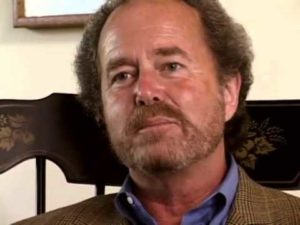 media and democracy reform.  As an independent content creator, he saw how corporate monopolization of our communications ecosystem has been leading to the homogenization and the squelching of unique voices. The struggle to overcome this trend is challenging, but thanks to Len’s incredible knowledge, experience, and deep passion, we are acting on the lessons and insights he shared with us over the years.

The Len Hill Media and Democracy Project is working to build a more open, accessible, and diverse media and communications system, essential to a functioning 21st century democracy. Too many Americans today do not understand who controls the media they consume and what rights they have to access diverse sources of information – this is increasingly important as the dominance of the internet as a communications platform changes the way we get our media. This Project will highlight the dangers of the FCC’s repeal of net neutrality and the negative impacts of ongoing media consolidation. Some of the themes this Project will examine include the long-term consequences of repealing net neutrality and media consolidation such as the “cable-ization” of the internet – where Internet service providers sell bundles or packages to access different parts of the web. The Project will also examine how the changing landscape of the Internet including the rise of digital platforms impacts our democratic values such as privacy and the future of journalism.  We will do this using a variety of tools including public education, stakeholder engagement, grassroots mobilization, and legal action. Our multi-pronged approach allows us to advance policies that recognize the importance of open and accessible communications platforms in the 21st century.

The Project is working to trigger conversations at the local, state, and national levels about making our media more democratic. The initiatives of the project outlined below will change the narrative to help shift the deregulatory landscape that is eroding the democratic potential of our media and communications system.

One of the constant dangers to our media and democracy is runaway media consolidation, particularly megamergers that give one company unfettered access to reach Americans. The effects of ongoing media consolidation are exacerbated with the recent loss of net neutrality. Internet service providers are continuously merging with media companies creating a single entity that owns the distribution and creation of content. For example, Comcast owns NBC and AT&T now owns Time Warner. Without net neutrality, these companies can block or throttle any online content that competes with their own programming.

The Len Hill Media and Democracy Project will increase public awareness on the dangers of media consolidation and the loss of net neutrality through a series of educational forums to educate the public. The forums will educate key stakeholders on the FCC’s recent actions to eliminate media ownership rules and repeal net neutrality, the dangers of ongoing consolidation and the public interest responsibilities that broadcast media companies have to the communities they serve.

The Project will organize roundtable meetings at schools, community centers and other venues in key states to discuss with and educate the public about net neutrality and the future of internet reform. Both federal and state political and civic leaders will be invited to attend and, as appropriate, to co-sponsor. Participants will hear from leading experts on core democracy issues critical to the internet including net neutrality, privacy, role of dominant platforms, and the role of journalism online. We will seek to host these events in states that have paved the way on internet reform issues. California, for example, has recently passed an internet privacy law in addition to its net neutrality law. New Jersey has launched an initiative to boost local news and independent journalism. Other states have been experimenting with innovative ideas designed to address the future of the internet and our democracy.

The ideas and solutions shared by experts and state lawmakers will serve as the foundation for an Internet Bill of Rights Report that CCEF will produce. The report will outline a series of democratic principles and policies that should apply to the internet. These principles include net neutrality, consumer privacy, role of dominant platforms, and the future of journalism. The report will be informed from our convenings with state lawmakers, experts, and other stakeholders.