Wrong on So Many Levels: Why Citizenship Data Will Damage Voting Maps

The Trump Administration has not given up using citizenship data to rig the census, it is just taking a new approach. 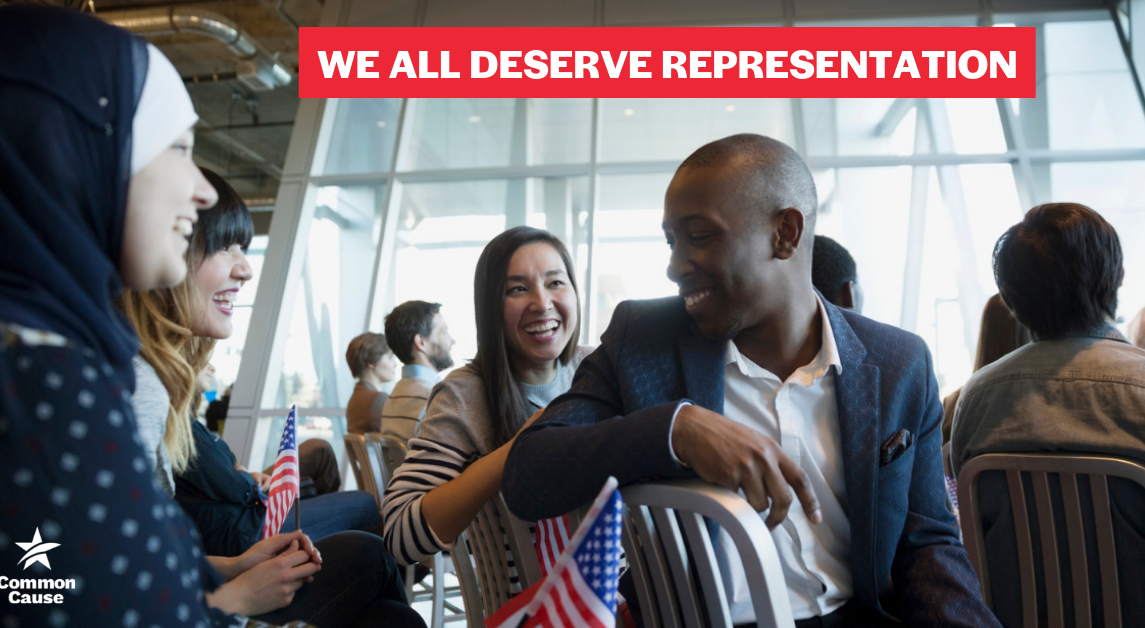 President Trump finally conceded his fight to add the citizenship question to the 2020 Census. While we celebrate that decision, we continue to be deeply concerned about his new course of action. He plans to combine data from the decennial census, the American Communities Survey (ACS) and other administrative sources to identify non-citizens and then send that data to state mapmakers for redistricting.

The inclusion of citizenship data in redistricting files sends a dangerous message to mapmakers in state legislatures. It encourages them to gerrymander in a new way – by drawing voting district lines based not on the total population of all people who live in a place, but on the number of citizens over age 18.

We know from Thomas Hofeller, the GOP gerrymandering mastermind, that redistricting based on the citizen-age voting population is designed to advantage “Republicans and Non-Hispanic Whites” and could wipe millions from the political representation that they deserve. Not since the three-fifths compromise has the republic used anything but the total number of people when apportioning representation – we should not start now.

Common Cause believes using citizenship data to delete millions of young people and people of color from apportionment and redistricting is morally wrong and violates the Constitution. But it is also problematic for a much more basic reason. The data is wrong.

President Trump’s Executive Order requires federal agencies, including the Social Security Administration, Internal Revenue Service, U.S. Citizenship and Immigration Services and the State Department to share administrative data on citizenship status with the Census Bureau. The Census Bureau is then ordered to link overall population data from the census to citizen status data to according to Trump “generate a more reliable count of the unauthorized alien population in the country.”

Here’s how that will happen: the agencies listed in the Executive Order will share their citizenship status data with the Census Bureau.  The technical experts in the Census Bureau have said they will take that data and match it across databases and with the American Community Survey data and the data from the 2020 Census to create people-address pairs. This data will then be anonymized and aggregated and sent to states as part of the redistricting file.

The problem is that the data sent to states will, quite simply, be inaccurate.

Citizenship data changes when people get married or become naturalized. People move, people die, people have children. Using administrative data to map citizens would be like printing college diplomas based on who was registered on the first day of class. Sure, lots of students finish in four years. But what about those who transfer in or out, change majors or take an extra semester? Each change makes it more likely that the graduation invitations go to the wrong people – just like administrative data does not track life changes.

Anyone who has used a computer has experienced problems with data entry – and clerical errors are more common for people with uncommon names or names with hyphenation or capitalization. Even a simple name like John could be recorded wrong if it’s actually Jon, Juan, or Jean-Paul. Birthdates and addresses are also easily mistyped. Fixing such errors are more difficult for noncitizens because they often lack birth records or other documentation to show what is correct. And frankly, some noncitizens provide inaccurate information or avoid government agencies all together.

If all that sounds a little oversimplified, take a look at the Census Bureau’s own records. In 2010, the bureau attempted to match the persons, addresses and person-address pairs in its data to other agency’s administrative data. The match rate ratios got worse the more specific they tried to be.

The match rate ratios were lower for people and people-address pairs — and here’s a kicker: The data that was least accurate pertained to youths, people of Hispanic origin and other people of color. Millions of people just are not counted or matched at all, whether they are citizens or not.

So, let’s revisit why the Trump Administration said it wants to obtain citizenship data in the first place. Trump said when he issued his executive order that he wants to eliminate noncitizens from the population bases used to draw political boundaries. In other words, he wants states to use “citizen voting age population” or CVAP to draw voting maps.

Maps based only citizens over the age of 18 reflect an electorate that is whiter and less diverse than the nation at large — and generally more favorable to the Republican Party.

Adding the citizenship question to the census was a ploy to rig American elections for partisan and racially discriminatory reasons, but truth be told, the administrative data works the same way. The data undercounts children and people of color. It enables partisan politicians to use citizen voting age population to draw voting maps. And on Election Day, the advantage will be for “Republicans and Non-Hispanic Whites.”

Common Cause believes using citizenship data to delete millions of young people and people of color from apportionment and redistricting is morally wrong and violates the Constitution. Our activists are mobilizing to stop state legislators in Texas, Arizona, Missouri and Nebraska from using citizen-age voting data for redistricting, and we are preparing campaigns in other states, too.

Join us! You can help by signing this petition to tell your state legislators to draw districts based on total population, not inaccurate citizenship data.

#MoscowMitch: Joe Scarborough Lays Out the Threat to Democracy From Russia and the Senate