The decision is in. And it’s a WIN!

Common Cause v. Lewis. Common Cause members delivered a big win to North Carolina voters in September when a panel of three judges ruled unanimously in our favor: The Republican-controlled state legislature had in fact gerrymandered districts in violation of the state constitution. 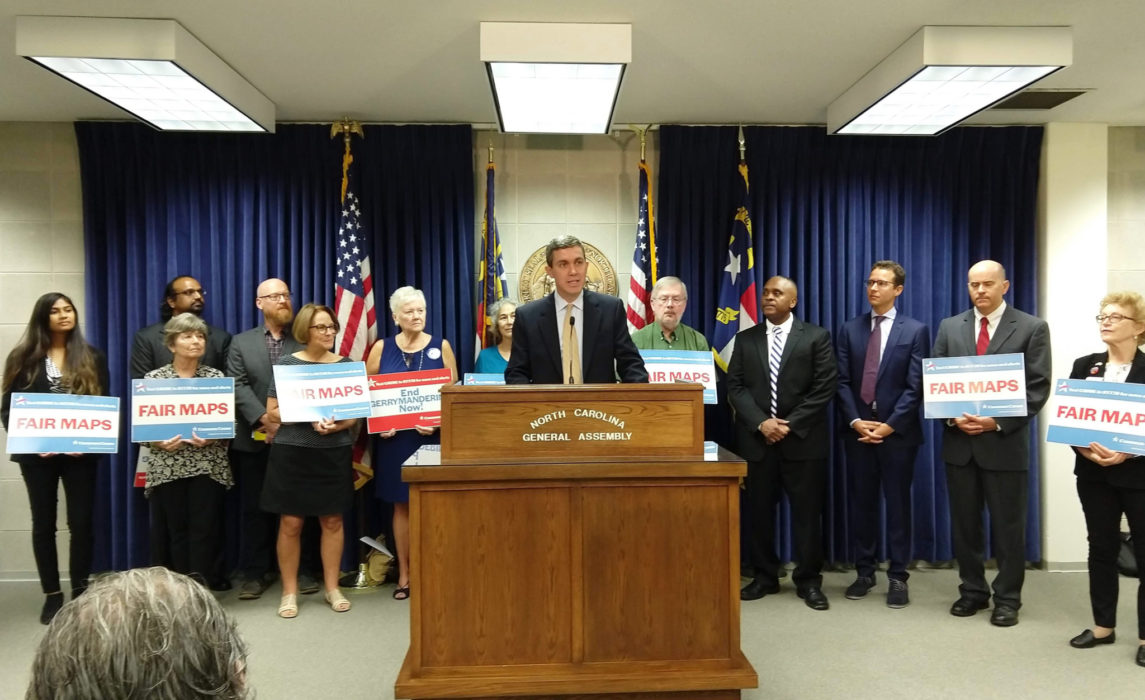 RALEIGH, NC — Common Cause v. Lewis. Common Cause members delivered a big win to North Carolina voters in September when a panel of three judges ruled unanimously in our favor: The Republican-controlled state legislature had in fact gerrymandered districts in violation of the state constitution.

The ruling gives our fight against gerrymandering a big boost following the U.S. Supreme Court decision in June to turn their backs on the voters of North Carolina by writing that federal courts have no role settling partisan gerrymandering disputes.

While we may have lost that case, we did not lose the fight!

In fact, that June decision left the door wide open for state-level efforts for reform. And more than 1.2 million Common Cause members and supporters just walked through it to stand up for the rights of voters.

Now we will continue to stand together to watchdog the North Carolina process to ensure that the legislature draws fair maps and the process is transparent.

In other states, Common Cause members are carrying the fight to end gerrymandering to state courts and legislatures. You are gathering signatures to move reform through ballot initiatives. You are organizing and mobilizing everyone who cares about our democracy — to ensure every voter across this country has a voice at the polls.

Our win in Common Cause v. Lewis joins a growing list of victories nationwide over the gerrymanderers. But we will be relentless in our fight until we end partisan gerrymandering once and for all.

MEMBERS REACT TO THE GOOD NEWS!

Here are a few of the messages we received from your fellow Common Cause members after the big win in North Carolina.

Barbara B. — “How wonderful! It’s hard to believe after all this time. I have lived here in Shelby for 40 years, and I have felt that all my votes were thrown away, but I kept on voting as I believed. Thank you and everyone who has been involved in doing away with gerrymandering!”

Jack R. — “What good news! Thanks for all your work and that of Common Cause.”

Roger B. — “WOW!! This is truly an amazing and landmark win! Huge congratulations to y’all!!! Thanks big-time for all your efforts!”

Brian P. — “Thank you for your wonderful work! Congratulations to all of you at Common Cause!! The North Carolina news is wonderful!! On behalf of many of us, THANKS!!”

Norma K. — “We are proud to be a part of Common Cause. You use common sense to do your work, and you do a balanced approach to solve problems. Thank YOU!”