Investigating the Investigators: Trump Continues His Assault on Independent Justice

If the president and his enablers are permitted to succeed in their campaign to politicize American justice, it will cease to be justice at all. 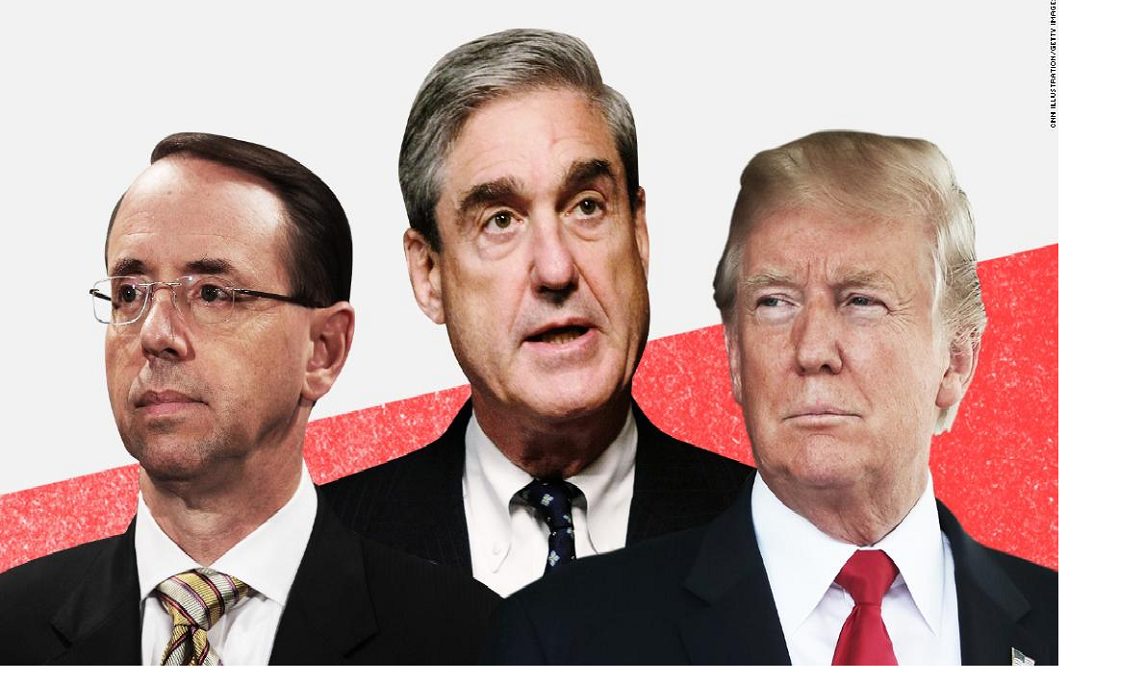 They hope we’ll all grow weary and stop paying attention. Nothing would please them more than seeing Americans just give up on democracy, our laws, and our Constitution. The hard truth is that millions already have done just that.

With every day, Donald Trump and his enablers – in the executive and judicial branches, on Capitol Hill, and the right-wing media – are undermining the rule of law and taking America further down the road to autocracy. Their relentless work has made routine things that just a few months ago would have been unthinkable.

In that scenario, the Republican congressional leadership would have had an impeachment resolution on the House floor in a matter of hours and Fox News would have been prodding them to move faster. Obama would have been assailed, and rightfully so, for interfering in a serious inquiry into his own conduct and that of his closest confidants.

But when Trump strong-armed Deputy Attorney General Rod Rosenstein and FBI Director Christopher Wray on Monday into ordering a Justice Department’s inspector general’s review of Special Counsel Robert Mueller’s investigation of the Trump campaign and Russian involvement in the 2016 election, GOP leaders applauded. And they were positively delighted when Rosenstein agreed under pressure to share details about the investigation – no doubt including the identity and background of that confidential informant – with the White House and Trump loyalists in Congress.

Think of the outrage and the cries of partisan interference emanating from those same Republicans when they learned during the 2016 campaign of a brief and apparently inconsequential meeting between Bill Clinton, by then out of the White House for 15-plus years, and Attorney General Loretta Lynch.

Meanwhile, the rest of us are supposed to be relieved that Rosenstein’s agreement to an inspector general’s review kept the president from ordering the appointment of a second special counsel to handle the investigation of the investigation. On Tuesday, House Freedom Caucus Chairman Mark Meadows, R-NC, reiterated the caucus’ demand for another special counsel.

There is nary a shred of evidence that Mueller and company have done anything that needs investigating and plenty of evidence that they’re on the trail of a fundamental foreign threat to our system of government. They’ve secured guilty pleas from members of Trump’s campaign team and they – or enterprising journalists – have uncovered evidence that no less than Donald Trump Jr. was eager to secure help from foreign governments (illegal!) as he worked to help his father win the White House. The president sees their progress as a threat, and so he and his friends are determined to stop it.

Beginning four decades ago, in the aftermath of the Watergate affair and the resignation of President Nixon, a parade of presidents and their attorneys general have taken care to maintain a wall between the White House and the Justice Department. “They recognized that members of the FBI and Justice Department owe ultimate allegiance to the Constitution and laws and must be allowed to operate without presidential interference in prosecutorial decisions,” legal scholar and former Justice Department lawyer William Yeomans observed in an essay for Politico published on Tuesday.

Brick-by-brick, Trump and company are demolishing that barrier. If they’re permitted to succeed in their campaign to politicize American justice, it will cease to be justice at all.

A Weekend's Worth of Outrages