MEMO: Rudy Giuliani’s Recent Admissions and the Legal Implications for President Trump – What You Need to Know 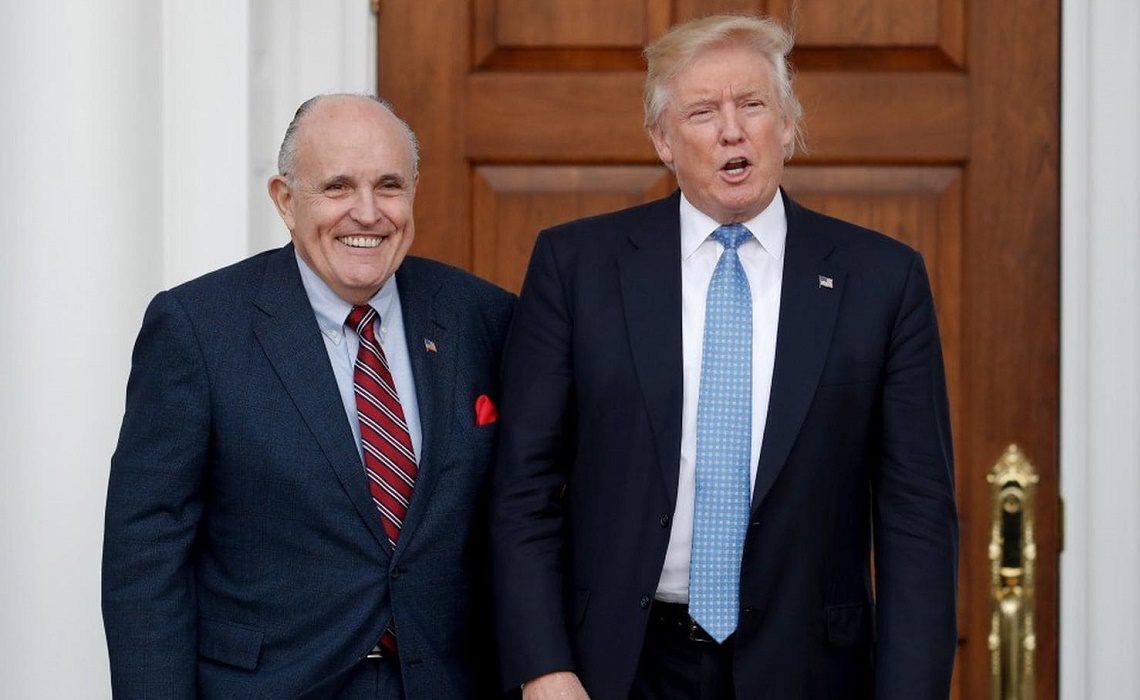 If you read nothing else

President Trump has repeatedly denied any knowledge of Cohen’s payment, a claim that’s important because criminal prosecution can only be brought for “knowing and willful” violations of campaign finance laws. But Giuliani’s statement that Trump reimbursed Cohen amounts to an admission that Trump lied and that he knew about the payment. In other words, Trump’s own lawyer has now handed the Justice Department evidence that President Trump likely committed criminal violations of federal law.

Stormy Daniels detailed the purpose of the hush money payment

Giuliani said this morning on Fox and Friends to “imagine if that [Cliffords’ allegations] came out on October 15th, 2016, in the middle of the, you know, last debate with Hillary Clinton. … Cohen made it go away. He did his job.”

In paragraph 16 of Clifford’s ongoing lawsuit against the president, she alleges that the purpose of Mr. Trump’s hush money payment was “to avoid her telling the truth, thus helping to ensure that he won the Presidential Election.”

Under federal campaign finance law, any “expenditures” by a candidate, or agent of a candidate, or in coordination with a candidate must be reported by the candidate’s committee to the Federal Election Commission (FEC).

Giuliani told Fox News’ Sean Hannity that the $130,000 was “funneled through a law firm, and the president repaid it. … Everybody was nervous about this from the very beginning. I wasn’t. I knew how much money Donald Trump put into that campaign, and I said, ‘$130,000? He could do a couple of checks for $130,000.’”

Giuliani told The Washington Post that “the original payment from Cohen was sometime right before the election. The repayments took place over a period of time, probably in 2017, probably all paid back by the end of 2017. That and probably a few other situations that might have been considered campaign expenses.”

In Clifford’s lawsuit, she revealed Donald Trump’s direct involvement in hush money negotiations. In paragraph 16 of the complaint, Clifford claimed that “Mr. Trump, with assistance of his attorney Mr. Cohen, aggressively sought to silence Ms. Clifford” and that Mr. Cohen then “prepared a draft non-disclosure agreement and presented it to Ms. Clifford and her attorney.”

Failure to disclose “expenditure” is illegal

The Trump campaign committee failed to report this expenditure to the FEC.

As Common Cause alleged in its January complaints filed with the FEC and DOJ, the Trump campaign’s failure to report this expenditure to the FEC not only violated the campaign finance law disclosure requirements, 52 U.S.C. 30104, but also violated the federal law prohibiting false statements of material fact to the federal government, 18 U.S.C. 1001.

Giuliani’s statements indicate that Trump knowingly and willfully caused his campaign committee to file an incomplete disclosure report with the FEC.

Giuliani’s statements do not absolve Cohen of anything. They do not eliminate Cohen’s exposure to having knowingly and willfully violated the $2,700 contribution limit, even if Trump reimbursed him.

The Cohen violation occurred when he took out a $130,000 home equity credit line to pay Clifford/Daniels.

What does this all mean legally?

Americans have a right to know who is spending money to influence their votes on Election Day. This right has been reaffirmed for decades – including recently – by the U.S. Supreme Court. As Common Cause alleged in its January complaints filed with the DOJ and FEC, there is strong – and growing – reason to believe that Trump and his campaign violated federal campaign finance disclosure laws by hiding this election-influencing hush money payment. Further, depending on the source of the $130,000 paid to Clifford, Trump and his campaign may have received an illegal campaign contribution.

What happens next with the FEC and DOJ complaints?

Press reports indicate that federal criminal prosecutors in the Southern District of New York are already investigating this matter.

Meanwhile, on the civil side, under FEC policy, career attorneys in the FEC’s nonpartisan Office of General Counsel will review the complaint and responses filed by the respondents (the Trump Organization, the Trump Campaign, and “John Doe”). The attorneys will then submit a report to the commissioners recommending whether the Commission should find reason to believe that a violation may have occurred and whether to investigate. Although the FEC normally has six commissioners, it currently has only four (two Republicans; an Independent; a Democrat and two vacancies). Four affirmative votes will be required for FEC action on whatever the Office of General Counsel recommends.

The FEC and DOJ must investigate these apparent violations of federal law and hold violators accountable. No one is above the law, not even the President.