The U.S. Supreme Court announced this morning that it will hear oral arguments in Gill v. Whitford, an appeal of a three-judge federal trial court decision that Wisconsin State Assembly districts are an unconstitutional partisan gerrymander.

It’s Go Time: SCOTUS Takes on Landmark Partisan Gerrymandering Challenge
The U.S. Supreme Court announced this morning that it will hear oral arguments in Gill v. Whitford, an appeal of a three-judge federal trial court decision that Wisconsin State Assembly districts are an unconstitutional partisan gerrymander. Although courts have previously struck down maps that discriminate against racial minorities, this decision marked the first time that a federal court has struck down a single-member district map based on partisan manipulation. If the Supreme Court upholds the decision, it could establish rules that prohibit extreme partisan gerrymanders. The Campaign Legal Center is litigating the case. Common Cause and the Brennan Center for Justice are leading the organizing of amicus briefs.

North Carolina Partisan Gerrymandering Trials Postponed
A three-judge federal district court panel was originally scheduled to hear the Common Cause v. Rucho and League of Women Voters of North Carolina v. Rucho partisan gerrymandering trials jointly beginning on Monday, June 26. The case will be rescheduled for July or August. Both cases challenge North Carolina’s congressional map, which legislators drew last year after their first attempt was thrown out as an illegal racial gerrymander. 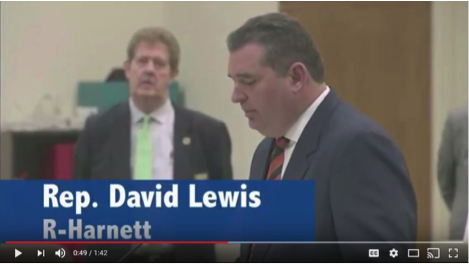 As the author of this newsletter enjoys reminding readers as frequently as possible, North Carolina Rep. David Lewis loudly and proudly admitted that partisan advantage was the primary goal of the remedial map plaintiffs in both cases are now challenging. For real-time trial updates, follow Common Cause North Carolina (@CommonCauseNC) on Twitter. Elbridge Gerry (@GovGerry) himself might even have something to say as well.

partisan gerrymandering in the drawing of Ohio congressional districts and institute strong structural reforms that would make it harder for one party to dominate the redistricting process. Now the Fair Congressional Districts for Ohio campaign needs your help! They need the signatures of 305,591 Ohioans so citizens can vote to fix a system that produced one of the most skewed maps in the country. To support this effort by opening your wallet or pounding the pavement and gathering signatures, go to  www.ohfairdistricts.com.