The U.S. Supreme Court announced this morning that it will hear oral arguments in Gill v. Whitford, an appeal of a three-judge federal trial court decision that Wisconsin State Assembly districts are an unconstitutional partisan gerrymander.

Elbridge Gerry’s Birthday and the Monster Lin-Manuel Miranda Has Created
Last week was a big one for the namesake of this newsletter. A trailer for Gerrymandering: The Musical premiered on Twitter with a moving performance by Common Cause North Carolina’s Bryan Warner.

It’s an inspiring tale of one man’s 200-year quest to get his good name back after signing manipulated legislative districts into law. In addition, democracy activists around the country commemorated the 273rd anniversary of Gerry’s birth. Redistricting reformers in four states “gerrymander meandered” across districts, rallied for change, ate birthday cake, and raised a glass in support of fair and transparent redistricting. A sampling of events:
• Indiana: Gerrymander Meanders in Evansville and Bloomington, and a rally at the Statehouse. 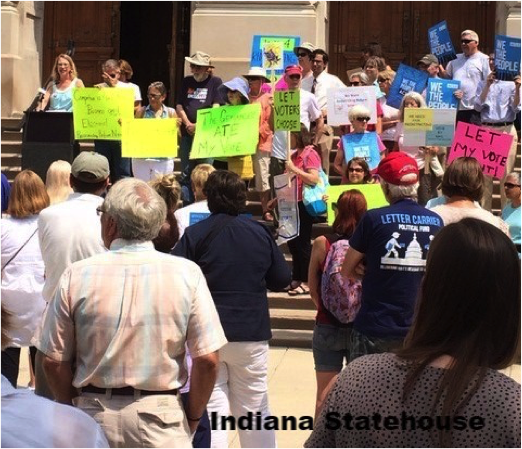 • Maryland: Gerrymander Meander 2: What were they th(dr)inking when they drew these lines? – a restaurant crawl covering only 13 miles from start to finish that nonetheless traveled through four congressional districts. Featured speakers included Lieutenant Governor Boyd Rutherford, State Senator Jim Brochin, and Walter Olson, co-chair of Gov. Larry Hogan’s Commission on Redistricting Reform. See pictures and coverage on Fox 45 News and in the Baltimore Sun, Maryland Reporter, and Washington Times.
• North Carolina: End Gerrymandering Fun Run on Saturday, July 15: a run/walk along the border of a gerrymandered district starting at Trophy Brewing Company’s newly unveiled “Gerrymandering is Vandalism” mural and ending with cold beer and free pizza at the brewery. See coverage on WRAL and WNCN. 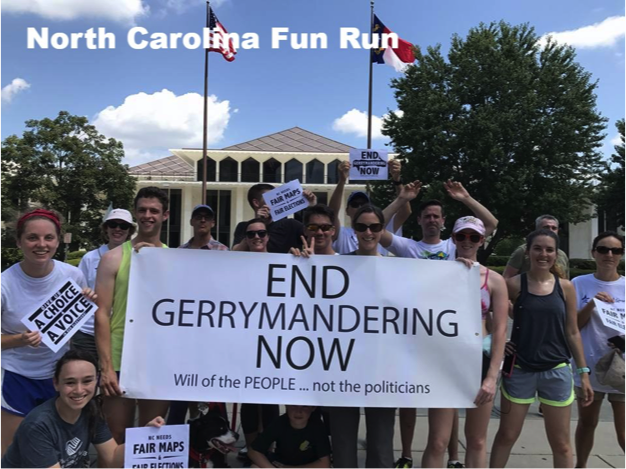 • Ohio: Birthday party and celebration of Fair Districts = Fair Elections volunteers who are collecting signatures to put congressional redistricting reform on the 2018 ballot. 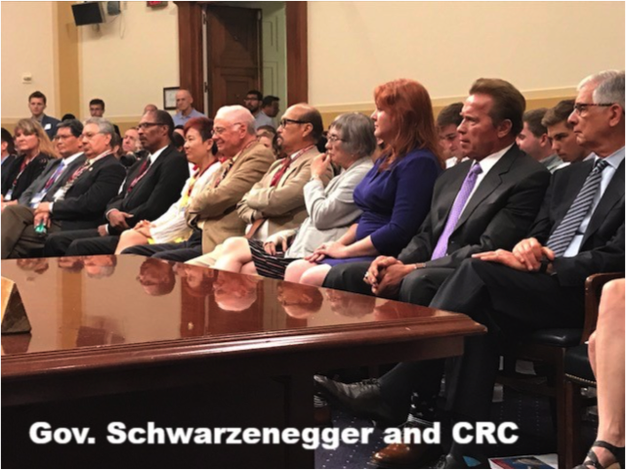 Friday’s ceremony in Washington, DC featured remarks by former California Gov. Arnold Schwarzenegger, a leading proponent of the commission’s creation. The CRC draws California’s congressional, state legislative, and Board of Equalization districts following the census. Through two ballot initiatives, Californians stripped legislators of the power to draw districts by creating the commission in 2008 and expanding the CRC’s mandate to congressional maps in 2010. Learn more about the CRC and its work in this video from Harvard. The award comes with a $100,000 grant designed to help the CRC spread the word about this important reform. Kathay Feng, Common Cause national redistricting director and California executive director, and CRC chair Stanley Forbes gave a presentation to the judges at Harvard on the CRC’s behalf in May.

Justice Ginsburg Says Partisan Gerrymandering Case Could Be “Most Important” of the Term
In a Duke Law School forum on Friday, U.S. Supreme Court Justice Ruth Bader Ginsburg stated that Gill v. Whitford could be the “most important” case of the term. In Gill, which the justices will hear on October 3, the state of Wisconsin is appealing a trial court decision that the state’s assembly map is an unconstitutional partisan gerrymander. If the Supreme Court upholds the decision, it could establish rules that for the first time in U.S. history limit extreme partisan gerrymandering.