Today’s Supreme Court Hearing
Today at 7:00 am PT/10:00 am ET, the U.S. Supreme Court will hear oral arguments in Trump v. New York, a challenge to President Trump’s July 21, 2020 memo seeking to exclude undocumented immigrants from the population count when apportioning U.S. House seats among the states. Listen to the audio live on C-SPAN here. Common Cause and our co-plaintiffs in Common Cause et al. v. Trump, a separate challenge to the memo, submitted an amicus brief in the case.

Nina Perales, vice president of litigation for the Mexican American Legal Defense and Educational Fund, nicely summed up the Trump Administration’s goal in the 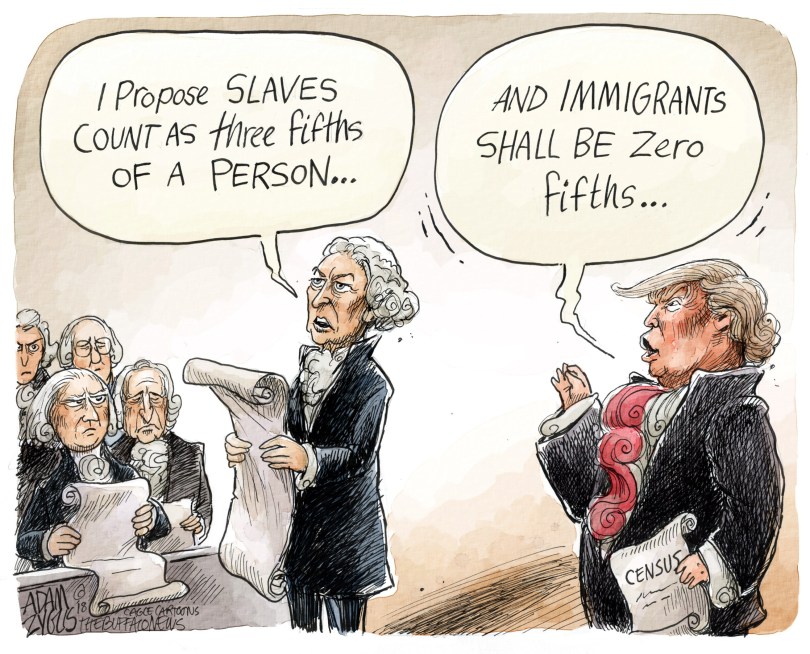 title of her piece on Trump v. New York: “a not-at-all disguised attempt to shift power away from Latino voters.” If implemented, this discriminatory policy would create huge differences in population between congressional districts in a way that intentionally dilutes the power of communities with relatively high numbers of immigrants.

How Lower Courts Have Ruled So Far
Four district courts have ruled on different challenges to the memo so far. The federal district court in the New York case being argued in the Supreme Court today and district courts in California and Maryland have struck down the memo, ruling that it violates the U.S. Constitution and federal statutes. The U.S. District Court for the District of Columbia declined to rule on the merits of Common Cause et al. v. Trump, stating that it is not yet ripe for a decision because the precise manner in which the Trump Administration will implement its discriminatory policy is not yet known.

Did President Trump’s Failure to Win Reelection Doom his Discriminatory Policy?
Recent reporting suggests that the Census Bureau may not complete the processing of data used for apportionment before President Trump’s term ends on January 20, 2021. Because the Biden Administration is almost certain to abandon attempts to exclude undocumented immigrants from apportionment, the Trump Administration’s memo could be a dead letter. We are still awaiting an official announcement from the Census Bureau about when they expect to complete the process of preparing population data.