Fixing ‘the Engine of Government’

Fixing 'the Engine of Government'

Faces of Common Cause: Miranda Viscoli and Steve Lipscomb

Faces of Common Cause

Part of an occasional series spotlighting people who are the backbone of Common Cause: leading activists, donors, staff, and state or national board members.

Lawyer, TV producer, and entrepreneur Steve Lipscomb played a hunch and made it pay off when he founded the World Poker Tour in 2001 and built it into a $ 500 million public company.  Network executives “thought I was a nut job,” when he started exploring the idea of televised poker tournaments, Lipscomb said, but the tour fueled a boom in poker’s popularity that persists today.

From that and other business ventures, the 55-year-old Lipscomb could have enjoyed a comfortable early retirement in his adopted home of New Mexico.

Instead, Lipscomb and wife Miranda Viscoli have turned their energies to civic and political activism. He is a founder of Fix It America, a national campaign to address money in politics and gerrymandering through a constitutional amendment; she is co-president of New Mexicans to Prevent Gun Violence, a nonprofit that works on the issue of gun violence prevention in their state.

Lipscomb and Viscoli also are devoted Common Causers, drawn to the organization in part because of its commitment to reaching across partisan divides to promote policies that make government work.

“It doesn’t matter who is driving your car if the engine is broken,” Lipscomb said. The couple sees Common Cause’s focus on reining in the power of money in politics and protecting and advancing voting rights as “a necessary start for us to work on the engine of democracy.” 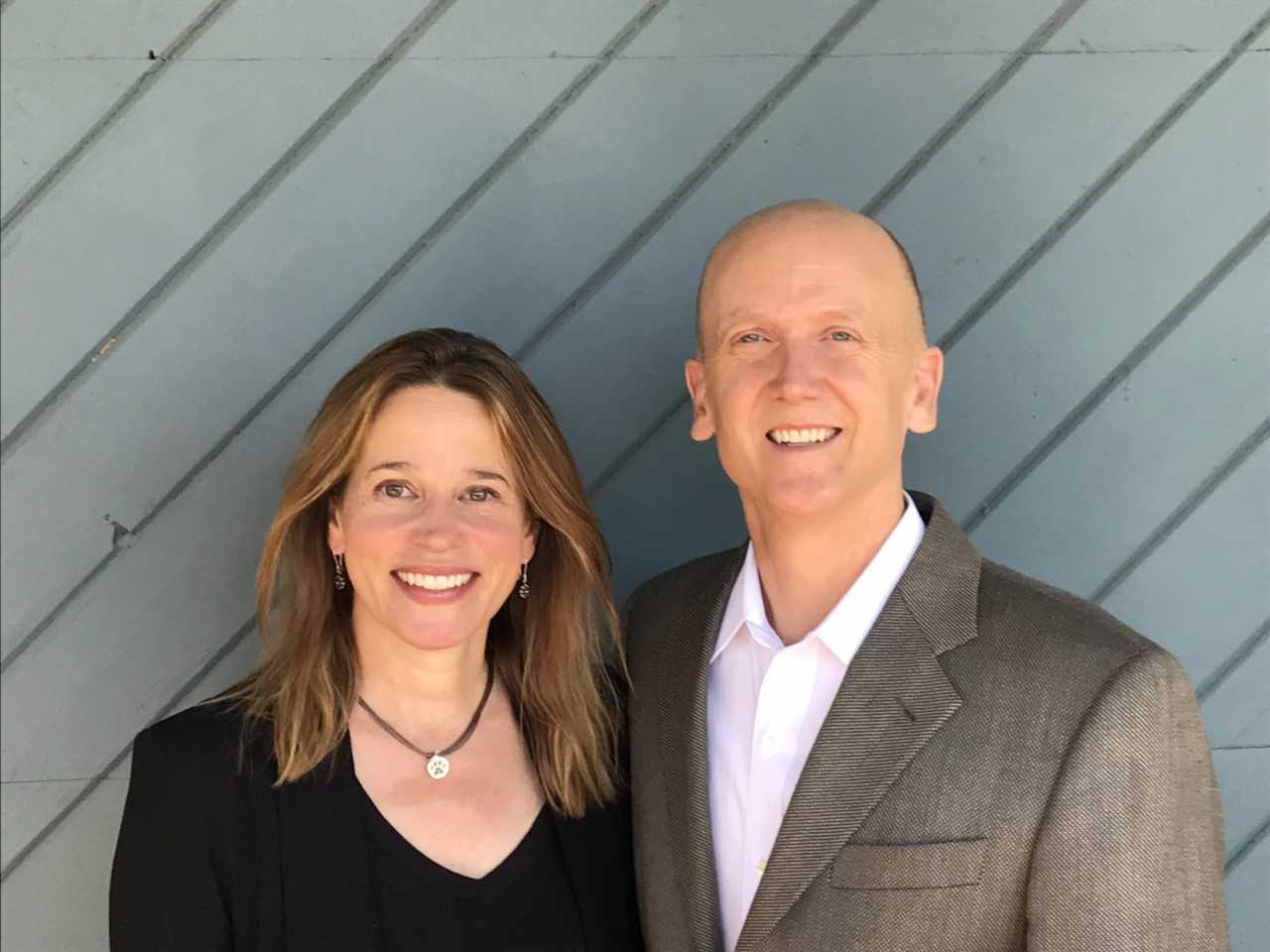 Miranda Viscoli and Steve Lipscomb: ‘Common Cause gets things done.’

In 2014, as the 2016 presidential campaign began to take shape, Lipscomb and a business partner had a brainstorm for a reality TV show they called “Born to Run.” The program was to be a political version of “American Idol,” offering potential candidates for president a chance to air their ideas and allowing viewers to vote for their favorites. The hope was that the show would allow political unknowns with good ideas but lacking the big money and political connections of traditional candidates to emerge as viable contenders for the White House.

Lipscomb said executives of one major network embraced the idea but the legal department vetoed it. Lipscomb was so sure the show would be a winner that he had promised a partner he’d run himself if he couldn’t sell it; having failed, he decamped to New Hampshire, site of the first 2016 presidential primaries, where he entered himself as a candidate and tried to focus voter attention on fixing the political system.

“I told people, ‘whatever you do, don’t vote for me,” he laughed.

The tactic proved effective; he got only 15 votes.

Viscoli took a different path to activism. She gave up Ph.D studies to get involved in the fight against gun violence after the Sandy Hook Elementary School massacre in 2012. Lobbying the New Mexico legislature on gun violence issues, Viscoli said she got an up-close look at Common Cause’s “amazing work… in terms of ethics and governance and trying to keep our government from being corrupt.” She quickly saw a connection between Common Cause’s determination to break the power of big money in politics and her group’s often futile battles against the big money of the gun lobby.

“Until we can curb the NRA’s influence and their fearmongering tactics and their paying off of our elected officials, we’re not going to get any of the laws changed,” she said.

Married for 18 years, Lipscomb and Viscoli recently opened their home in Santa Fe to a gathering of Common Cause activists. President Karen Hobert Flynn flew out to join them, not for the kind of fundraising pitch nonprofit groups typically deliver at such gatherings but for an exchange of ideas about the challenges facing our democracy and how best to address them.

“Common Cause gets things done,” Lipscomb said. “And I’m telling you in New Mexico, when you look at the organizations that actually are trying to move us forward instead of trying to divide us into tribal groups – whether they’re parties or religion or whatever else – Common Cause stands above all the rest as a place that’s really practically trying to make a strong democracy stick with us.”