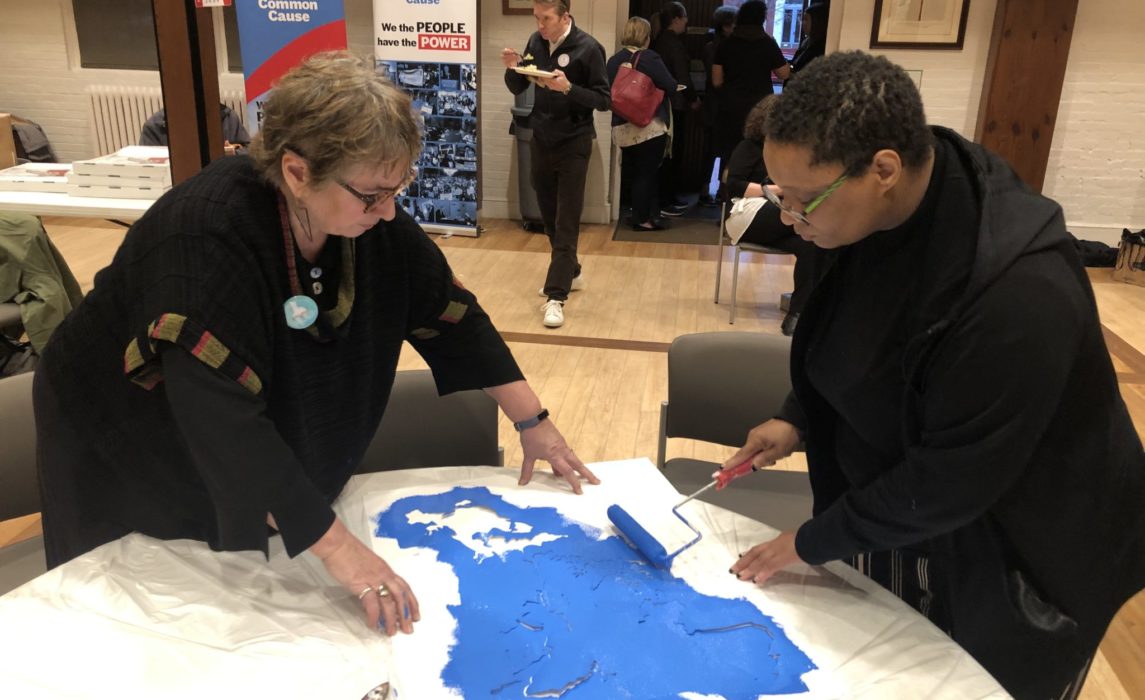 Prison-based gerrymandering threatens our democracy’s commitment to fair representation. The practice leads to certain districts becoming largely composed of voiceless individuals, since prisoners cannot vote in most states. As a result, the voters in these districts receive inflated representation, while the districts where the incarcerated people truly reside are underrepresented.

Letters written by Common Cause organization leaders highlight local examples to portray the effects of prison-based gerrymandering. Florida Common Cause State Board Chair Peter Butzin demonstrate the disproportionate power given to voters in districts with prisons. In Florida’s Calhoun County, 48% of the people in District 4 are incarcerated at the Calhoun Correctional Institution. As a result, Butzin stated, “the actual residents of District 4 are given almost twice as much political clout as people elsewhere in the county.”  These effects were observed in every state that Common Cause submitted a letter. When one person’s vote has twice the influence of other votes, it is evident that our nation’s principle of “one person, one vote” is being violated.

Incarcerated people do not reside in these districts in any meaningful way. As Jay Heck, Executive Director of Wisconsin Common Cause, commented, “they are not a part of the districts where their prisons are located and never will be – they don’t use the roads, visit the libraries, enjoy the state’s public education, or walk through the parks.” Recent research has also indicated that in states like Rhode Island, people stay incarcerated for an average of 100 days, which would otherwise not be considered a change in residency but for the individual’s imprisonment – a glaring double standard. For all purposes, incarcerated peoples simply do not reside in the districts where their prisons are located.

Heck said that the Census Bureau’s methods not only skew district populations but also paint a flawed picture of their demographic makeup. Wisconsin’s District 53, for example, appears to have a larger African-American population than 74 other districts. But in reality, of the 2,784 African-Americans in the district, all but 590 are incarcerated. Brian Gladstein, Director of Programs and Strategy for Common Cause Illinois said that, “the Census Bureau’s rules concentrate a population that is disproportionately male, urban, and African-American or Latino into just 5,393 Census blocks that are located far from the actual homes of incarcerated people.”

This flawed demographic makeup disproportionately affects minorities. Prisons are typically located in rural, white districts, whereas incarcerated populations are disproportionately African American or Hispanic from urban areas – a reflection generally of disparities in the correction system’s treatment between whites and people of color. For incarcerated peoples, this means that voters in their current districts do not reflect their demographics or interests. In response to this misrepresentation, Common Cause notes that a fair redistricting process must comply with the Voting Rights Act of 1965, which protects minority communities’ opportunities “to participate in the political process and to elect representatives of their choice.”

While many states believe prison-based gerrymandering is a very important issue and have taken measures to stop it, it is challenging without the assistance of the Federal Census Bureau. New York, for example, implemented a law to stop prison-based gerrymandering but faced numerous technical challenges, partisan opposition, and extreme delays in receiving data. Massachusetts tried to implement similar reforms, but found that they were prohibited from creating rules that were inconsistent with those of the Federal Bureau by their state constitution.

As Allegra Chapman, Common Cause’s Director of Voting and Elections, commented, “the reality is that most states adopt the Bureau’s definition of “residence” when allocating individuals for redistricting purposes. An ad-hoc approach on how to apportion incarcerated persons is neither efficient nor fair; votes across districts, and across the country, should hold the same weight.”

Ending prison-based gerrymandering is vital to our democracy. Barry Kauffman, Pennsylvania Common Cause Executive Director, explained that voters must believe their votes are meaningful if they are going to participate in elections, and they need to have the opportunity to hold their elected officials accountable. That means we must have competitive elections and every voter’s vote must have nearly equal value. Even the perception of prison-based gerrymandering, said Georgia Common Cause Executive Director Brinkley Serkedakis, erodes trust in the system, further exacerbating low voter turnout and poor political engagement.

Although the Federal Census Bureau failed to adjust its rules, Common Cause will continue with national, state, and local efforts to end prison-based gerrymandering.  And we’ll continue to impress upon the Bureau the need to change this very outdated rule.