I will always remember the feeling when I heard the news that Sen. Kamala Harris would be the first woman of color and the first graduate of an Historically Black College and University selected on a major party ticket to be Vice President. 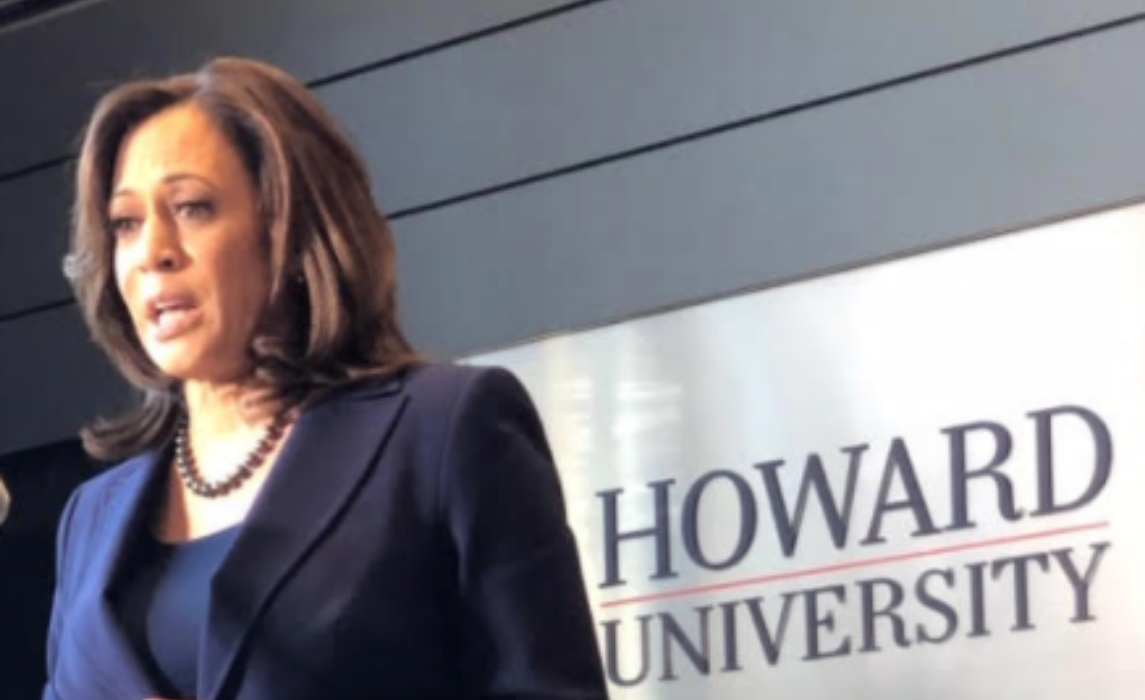 It was like the day President Obama won the presidency, a day that Black people will never forget. In 2008, Historically Black Colleges and Universities (HBCUs) marched to the polls in record-breaking crowds. It was then when it became known that representation at the top of the ballot is just as important as representation anywhere else. This November HBCU graduates, Black women, and Black Greek-letter sorority members will have someone that looks like us at the top of the ballot.

The daughter of an Indian-American mother and Jamaican-American father, Sen. Kamala Harris has led a life of public service as a prosecutor, California Attorney General, the Senator from the largest, most diverse state in the nation. 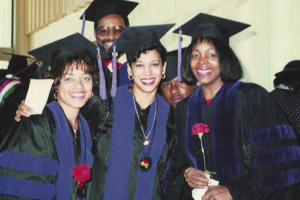 Sen. Kamala Harris at her graduation from Howard University.

Most Historically Black Colleges and Universities have service as part of their mission. It is the centering of service that has allowed HBCUs to graduate many of the amazing Black leaders and change agents of our lifetime. From Sen. Kamala Harris to author Toni Morrison, to Justice Thurgood Marshall, and to Civil Rights leader Dr. Martin Luther King, Jr. HBCUs have continued to create servant leaders in every discipline.

Recently there has been an increase in Black women running for boards and political office in their communities. So, it is no surprise that Black women are tired and ready to see themselves at the top of the ballot. Black women have been the driving agents of change. We vote in record numbers and make up a large portion of the social services profession. With a Black woman at the top

of the ballot, it is our turn to advocate for a policy agenda that not only considers us but one that we can expect to see begin making real change in the lives of Black families.

Black women are more likely to die during childbirth; they are paid less than their white and male colleagues, and they have faced workplace discrimination due to their hair. We, as Black women know that Senator Kamala Harris is a candidate that will have to speak to and represent everyone but we will hold her accountable for addressing these and other issues that affect Black women.

Imagine if four years from now,  50% fewer black women died during childbirth, or the pay gap was closed by 50%, or discrimination in the workplace was cut in half – it clearly wouldn’t be enough – we seek equality – we want to share in the full loaf, not settle for half a loaf. But even with just that much change, tens of thousands of lives would be touched, families strengthened, opportunities created.

When I think of Senator Harris being on the ballot my mind goes to a shirt made by HGC Apparel that says, “Respect, Protect, Love the Black Woman”. Thinking of the backlash that Secretary Hillary Clinton faced when running for President; was 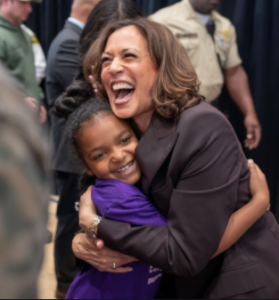 she feminine enough, was she too aggressive, was she too emotional all these things came to question because she was a woman. I also think about President Obama having to face the question was he Black enough, did he have enough experience, and the ludicrous birther issue and so much more because he is a Black man. Without a doubt, Senator Harris has and will continue to face challenges simply because of her gender, race and ethnicity, credentials, and her leadership.

For people seeking to be good allies in this historic moment of attention to racial disparities in health care, policing, and employment here’s an opportunity. It can’t be only Black women, HBCU graduates, and Black Greek Letter Organizations that respect and protect Senator Harris, it is the duty of the American people to take the focus off of race, ethnicity, and gender — things that have nothing to do with being qualified to fulfill the role of vice president and examine her character, policies, and what she wants to achieve in office.

It is exciting to know that Black girls growing up in 2020 will grow up with the knowledge that they can one day be a candidate for president or vice president because Senator Kamala Harris is showing them anything is possible if you put your mind to it.

Why You Should Go on a Tuition Strike Fall 2020