A Good Day for Pennsylvania

A Good Day for Pennsylvania

Good news today from Pennsylvania, where thanks to the U.S. Supreme Court it looks like millions of people will have a chance to elect representatives of their choice this fall.

Justice Samuel Alito has declined to stay a Pennsylvania Supreme Court order that will require state lawmakers and Gov. Tom Wolf to draw new and fair boundaries for the state’s 18 congressional districts by Feb. 15, or risk having the court do it for them. The legislature must act on new districts by Friday, giving Wolf six more days to approve or veto them.

“We can now move forward with restoring confidence to voters that for the first time this decade votes cast will be in constitutional and not gerrymandered districts,” said Micah Sims, executive director of Common Cause Pennsylvania.

“The Pennsylvania Supreme Court rightly decided that the Pennsylvania Constitution protects its citizens from voting in congressional districts that legislators manipulated for political advantage after the 2010 redistricting cycle,” said Common Cause President Karen Hobert Flynn.

The Pennsylvania court struck down the districts last month, ruling that the Republican majority in the legislature had gerrymandered them to lock in a 13-5 GOP majority in the state’s delegation to the House of Representatives. 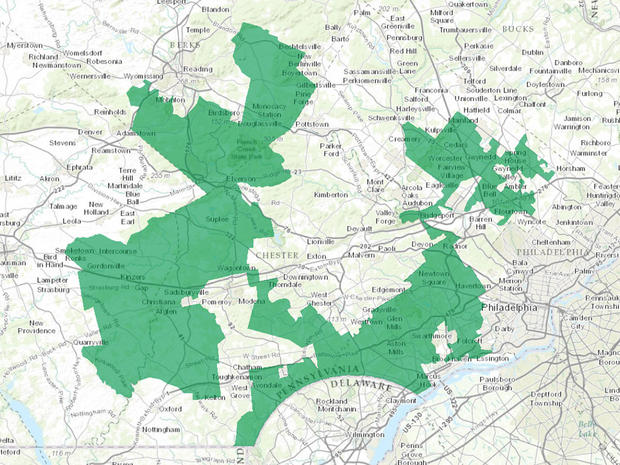 Registered Democrats outnumber Republicans in Pennsylvania by about 800,000 and Democrats hold four of the five statewide elected offices, but GOP lawmakers in Harrisburg have fashioned congressional and legislative districts that give them control of the legislature and – until the court intervened – the redistricting process.

The Pennsylvania court’s ruling was based on its reading of the state’s constitution; the U.S. Supreme Court rarely intervenes in such cases, and Justice Alito, who is assigned to do the court’s initial review of cases from Pennsylvania, did not issue an opinion in denying the stay.