The truth is too often in short supply in our politics, so when a candidate provides it – and with no punches pulled – it’s worth paying attention.

Fundraising Pressures Drove Him Away from Politics; It Didn't Have to Happen

The truth is too often in short supply in our politics, so when a candidate provides it – and with no punches pulled – it’s worth paying attention.

In that spirit, please take a minute to reflect on the observations of Paul Perry, until recently a candidate for Congress in Pennsylvania’s 7th Congressional District, a suburban enclave west of Philadelphia.

Perry, who ended his campaign in frustration over the challenges involved in raising the money he needed to succeed, recounts his experience in an essay posted today by  The Intercept, an online news site. The entire piece is worth a read, but this excerpt captures the heart of it.

“I left in part because the money game rules every part of the process. It shapes the types of candidates, even progressives like myself, into becoming the types of politicians we should be fighting against. The time spent courting donors disconnects you from voters by design. The process itself de facto disqualifies millions of Americans — based on wealth, connections, economic class — from realistically seeking elected office to represent their communities. I came to realize that no matter how good my intentions were, getting elected wouldn’t fix that broader problem gnawing away at our democracy.”

Perry’s right; by itself, his election wouldn’t have fixed the problem of money in politics. But the problem is eminently fixable. Indeed, solutions already are in place in states and localities across the country.

The most-proven of those, including some that Common Cause had a hand in creating, give candidates a path to victory through a combination of small dollar gifts from individuals and matching grants from special, tax-supported funds. You find them in states like Arizona, Maine and Connecticut and localities like New York, Los Angeles, and Howard County MD.

Here’s how it works: Participating candidates swear-off big money gifts, whether from individuals, corporations or political action groups. In return, they get grants of public money, generally $5 or $6 for every $1 raised in small dollar donations from individuals. 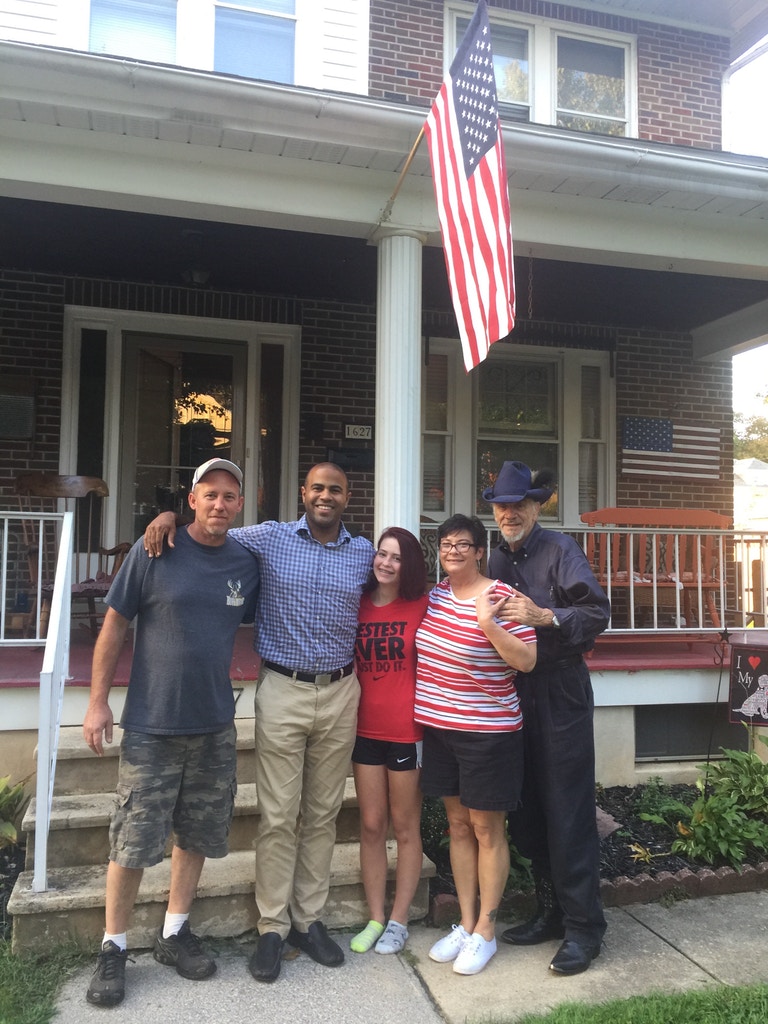 Paul Perry, second from left, gave up politics because of struggles in fundraising

Depending on the gift-to-grant ratio, a $100 or $200 gift can be worth as much as $700 or $1,400. That’s a strong incentive for the candidate to pay attention to everyday folks and their concerns rather than focusing on a handful of well-heeled contributors. The setup also encourages people who aren’t independently wealthy or lack wealthy friends to get into politics anyway.

Some programs pursue the same goals by offering taxpayers vouchers or tax credits to offset their campaign contributions. Seattle, WA provides every taxpayer with a voucher that can be spent to support candidates for local office. In Washington, DC, a proposed “Government by the People Act” introduced by Rep. John Sarbanes, D-MD, would give a $25 tax credit to anyone donating up to $150 to a participating congressional candidate; the candidate would get $6 in public funds for every $1 donated, so a $150 gift would be worth $1,050.

Almost all of these programs were brought to life through citizen action. Their success is a reminder that even in today’s toxic political atmosphere, people are getting things done.

Ignoring the Bear in the Room