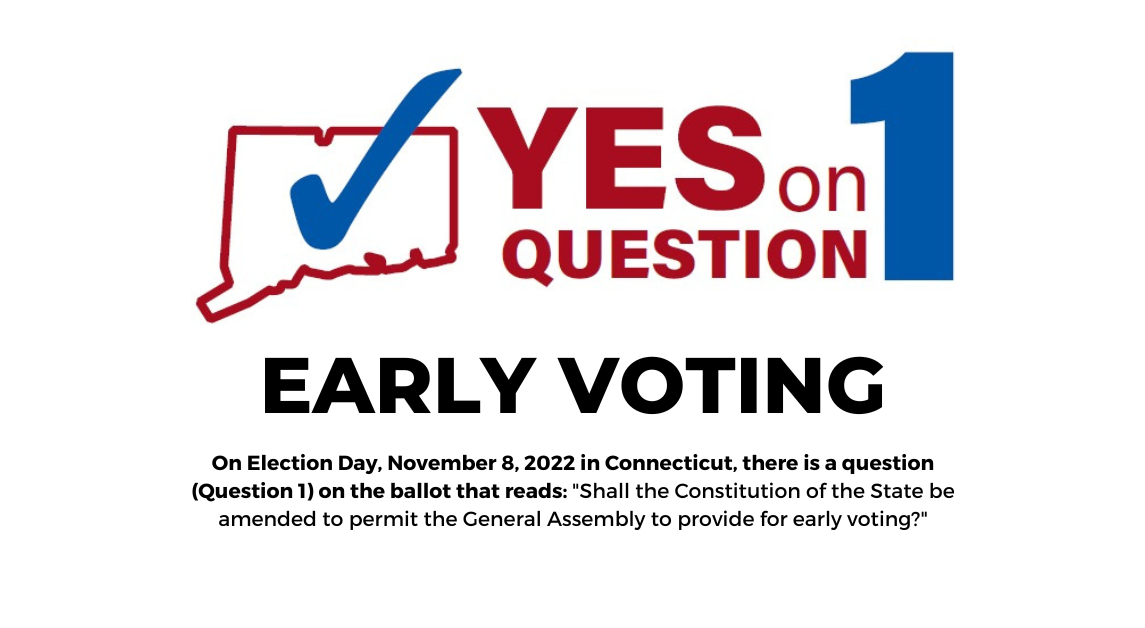 CONNECTICUT—Tonight, Common Cause Connecticut and a coalition of voting rights advocates celebrated the positive early returns of election results for Question 1, a major step in establishing early voting in the state.

“When faced with the opportunity to strengthen our freedom to vote, people are resoundingly answering in the affirmative,” said Cheri Quickmire, executive director of Common Cause Connecticut. “We will continue to wait for every vote to be counted and for every voice to be heard, but we are pleased to see such strong support for early voting. These early returns show people from all corners of this state believe everyone should have options when it comes to casting our ballots.”

Connecticut is one of four states that does not allow early voting. Early voting allows all hardworking voters to cast a ballot, especially nurses, firefighters, parents, and teachers, who can’t always make it to the polls on Election Day.

“Voter approval of the early voting amendment is a huge win for Connecticut. Voting should never be an ordeal for any citizen; on November 8 Connecticut made it much easier for citizens to exercise their most fundamental democratic right,” said Diana Evans, Common Cause in Connecticut Advisory Board member.

Question 1 asked voters to allow the state legislature to amend the Constitution to provide early voting in future elections.