Colorado Common Cause was busy during the 2018 legislative session, working on bills to protect voting rights and fair elections, reduce the influence of money in politics, and promote government ethics. 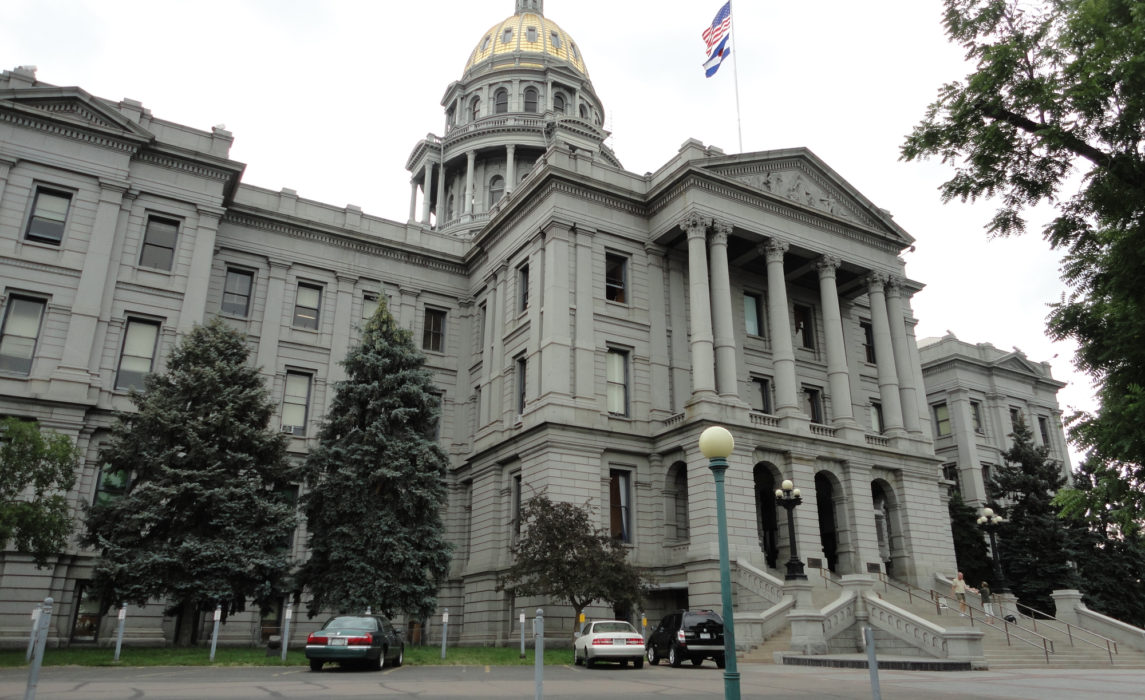 Colorado’s 2018 legislative session adjourned sine die on Wednesday, May 9 – ending the four months each year when state bills are introduced, debated and voted on in Colorado.
We were busy during this time, working on legislation to protect voting rights and fair elections, reduce the influence of money in politics, and promote government ethics.

Below are just a few of the bills we advocated for or against this year. Our complete 2018 Legislative Summary is available here.

Perhaps the most exciting bills we worked on this session were SCR18-004 and 005, which put initiatives on the 2018 ballot proposing to create two independent redistricting commissions in Colorado: one related to US congressional districts and one related to state legislative districts.
These bills were passed unanimously in both houses of the Colorado legislature, and are excited to bring the issue of redistricting to the voters of Colorado this November.

We also supported SB18-150, which created measures to facilitate voter registration of individuals in the criminal justice system. The bill allows a person on parole to pre-register to vote, so that they are automatically registered to vote after completing their sentence. It also requires parole and probation officers to provide information about registering, voting, and other election activities to Coloradans completing parole and entering probation.

While highly technical, SB18-233 makes important changes to Colorado’s election law. This includes a new requirement that the statewide voter registration system (SCORE) “talks to” the DMV’s database, so that both will be more up to date.

Not only did we support bills to guarantee fair voting and elections, but we opposed bills that threatened to harm it. We opposed HB18-1213, a bill that would have permitted school board candidates running in Colorado to choose to indicate on the ballot the political party with which they are affiliated. The reason why we opposed this bill is because school board elections are by law nonpartisan. Allowing a candidate to indicate their party affiliation on the ballot would have created inconsistency in how candidates would appear and would have incentivized political parties to put even more money into these elections. This bill died in committee.

We also successfully defeated HJR18-1015 and SJM18-005, which would have made an application to Congress under Article V of the U.S. Constitution to call for a nationwide constitutional convention to reverse the U.S. Supreme Court decision in Citizens United. We oppose calling an Article V convention for any issue, as there are no protections to limit the convention’s scope, guard against special interest influence, or protect fundamental civil rights and liberties.

After the FCC reversed net neutrality protections last December, states across the country took it upon themselves to introduce legislation to protect a free and open internet. This is what we did in Colorado through HB18-1312. This bill would have encouraged the protection of open internet by incentivizing Internet Service Providers (ISPs) providing service in rural Colorado to abide by net neutrality rules. These rules would have prohibited ISPs from blocking or throttling lawful content or engaging in paid prioritization of internet content. Unfortunately, this bill was killed in Senate State Affairs.

This legislative session, we also fought to keep money out of politics. We supported two bills that unfortunately did not pass the legislature.

The first bill (HB18-1403) would have expanded the requirements for political ads that are run on TV and radio to online advertisements. Currently, these ads – which run on websites like Facebook and Google – are not required to publicly disclose the funders who are paying for these ads. We hope that the Federal Elections Commission will establish strict disclosure rules at the federal level in coming months.

We continue to fight to keep your public sector ethical. That’s why we opposed SB18-116, a bill that would have authorized the Colorado State Patrol to issue ID cards allowing members of the public to enter the Capitol building without a security screening. The cards would have cost $100 and would require a fingerprint-based criminal history record check. We opposed this bill because we believe that everyone should have equal access to the state capitol, and that priority should not be given to lobbyists or others who can afford an identification card. Fortunately, this bill was not passed.

While we may have had some defeats this legislative session, we also had many victories. We fight for a fair, equal, and transparent democracy for Coloradan citizens, and we plan on continuing to fight in future sessions.

Support for Amendments Y and Z