A New Frontier in Voting Rights

America’s history is one of pioneering democracy: as time has marched forward, the country has reinvented representation to include African-Americans, women, and other marginalized populations. In the arc of America’s history, political rights have continuously expanded to include and protect more people as we’ve recognized that expanding the right to participate makes representation better and democracy stronger.

It is also a fact of America’s democracy that our elections have among the lowest participation rates in the developed world. Despite its status as the oldest existing democracy, the United States is 26th out of 32 in voter turnout among developed nations. In the face of this embarrassment, there is an unorthodox solution: granting minors ages 16 and older the right to vote could be a step in the right direction to foster better voting habits in the next generation.

Voter turnout is often an indicator of a democracy’s health; the more participation a democracy has, the more democratic it is. Although young people often have lower turnout rates, 16-year-old voting has actually been a remedy in the cities that have passed it. In Takoma Park, Maryland, voters under the age of 18 turned out at quadruple the rate of other voters for their first election in 2013. Four years later, the novelty of voting still hasn’t worn off; in 2017 16-and-17-year-olds turned out to vote at just over double the rate of all other voters.

Establishing a right to vote for young people creates a more informed and engaged generation, which is why several countries including Argentina, Austria, Brazil, and Cuba have already lowered their minimum voting age to 16. While no U.S. state has legalized 16-year-old voting and not every U.S. state allows municipalities to set their voting laws, multiple cities have led the charge for youth enfranchisement by young people to vote in local elections along Route 1 in Maryland and in Berkley, California.

Although lowering the voting age may sound drastic, we’ve done it before—and not that far ago. In the wake of the Vietnam War, the 26th Amendment lowered the voting age from 21 to 18 to match the age of conscription for the draft. Besides the moral and philosophical argument that young soldiers were “old enough to fight, old enough to vote,” the other and more politically relevant force behind youth suffrage was growing activism that some read as a threat to national peace. In testimony to the Ninety-First Congress, Dr. W. Walter Menninger of the National Commission on the Causes and Prevention of Violence offered the perspective that limiting the vote for youth “tends to alienate them from systematic political processes and to drive them into a search for an alternative, sometimes violent, means to express their frustrations.”

Youth suffrage in 1971 represented both an opportunity to validate the frustrations of servicemen and to channel the anger of protestors. People below the age of 18 aren’t serving in the military in meaningful numbers today, but much like the young people of the 1960s and 70s, many have taken to civic dissent. In the face of youth-led protests over treatment of young DACA recipients, the long-term effects of climate change, and the safety of schools from mass shooters, the simplest response is to acknowledge young people’s political voices and give them the vote.

Beyond the benefit to society, 16-year-old voting also helps develop good voting habits for young people. According to research by Vivian Hamilton of William & Mary Law School, instituting voting early on can promote “lifelong participatory habits and reduce the likelihood of apathy at later ages.” We understand the importance of education to every child, so why shouldn’t we embrace a practical opportunity for civic education—to learn by doing?

Some respond by claiming that young people aren’t mature enough to exercise the right to vote, but scholarly work on the difference in maturity between 18 -year-olds and 16-year-olds typically falls into the conclusion that the difference is either insignificant or has only a small significance.

Regardless of how organized and informed our youth are, the general American populace does not support giving 16 and 17-year-olds the right to vote, as seen below in a poll conducted by Hill-HarrisX. Although expanding the franchise is inherently democratic, some would argue that a democracy isn’t representative if policy doesn’t reflect the majority opinion. However, in Takoma Park, Maryland—one of the first cities to lower the voting age of municipal elections—after one year 72% of voters supported the change in voting laws.for young people While there isn’t baseline polling to see changes since implementation of 16-year-old voting, this may demonstrate that public opinion could improve and ‘catch up’ with policy.

Coloradans have made a few policy attempts over the past several years to try and bring young people into the political sphere. The most relevant is 2018’s Ballot Question 2E in the city of Golden, proposing 16-year-old voting for local elections, but that measure failed with less than 40% of the vote.

However, the state legislature is currently considering the far more comprehensive ‘Student Voice Student Vote Act’ or HB20-1149, which would allow all 16-year-olds in Colorado to vote in local school board elections and mill levy decisions. Proponents of the bill argue that while this isn’t full enfranchisement, of all elected offices, students most deserve a voice in the school districts that educate them. If passed, this bill would make history and Colorado would become the first state in the nation to allow 16-year-olds to vote.

Colorado Common Cause has an obligation to help all people participate in democracy, and enfranchisement for 16-year-olds is an long-overlooked frontier of civil rights. Colorado Common Cause is supporting the Student Voice Student Vote Act because 16-year-olds are organized, informed, and mature, and we encourage you to stay engaged in the fight for voting rights in Colorado. 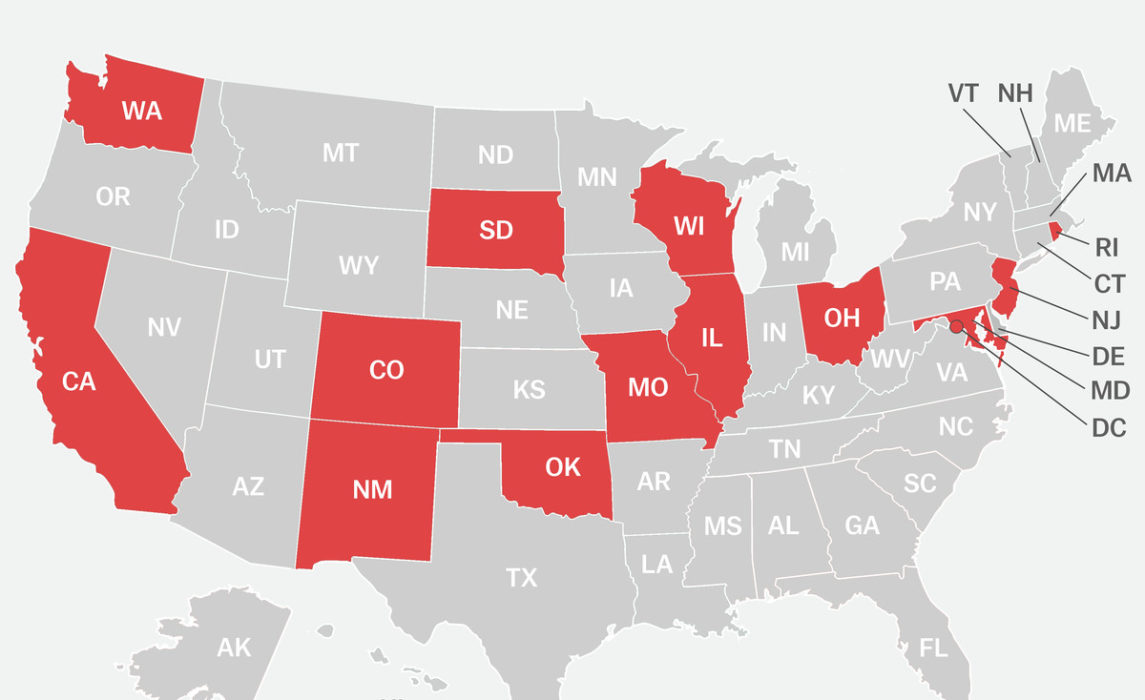 I Count Census Kick Off