Broken power grid a product of a broken democracy 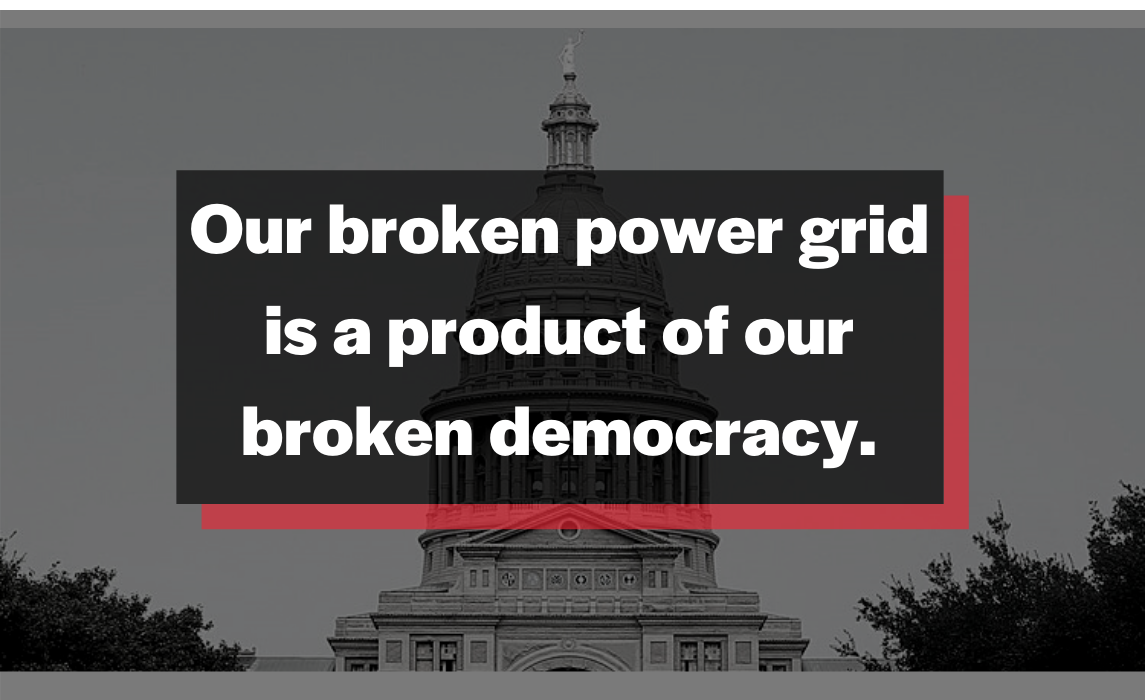 Following the aftermath of a devastating winter storm that left millions of Texans without power or water due to critical failures in life-sustaining infrastructure—a crisis that resulted in an incalculable loss of life and an estimated $50 billion in economic damages— a joint legislative hearing will be held this Thursday to determine what went wrong.

It must be noted, a similar process happened in 2011 following a severe winter storm, where Texas lawmakers learned what needed to be done to avoid a repeat and did nothing.

What happened last week was not unexpected or unprecedented. For years the politicians in power have refused to fix known vulnerabilities in our power grid to sustain the myth that deregulation benefits our state while lining their campaign coffers with industry money and advocating on behalf of special interests instead of the people they serve.

Simply put – our broken power grid is a product of our broken democracy. 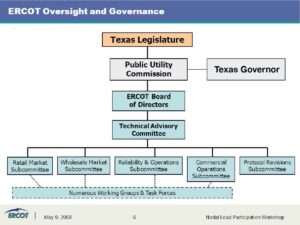 system, Governor Abbott, his political patrons at the Public Utilities Commission and others gambled with the lives and livelihoods of Texans by refusing to fix the problems they themselves exacerbated with their negligence.

And when those problems turned into a deadly crisis, we saw a number of oil and gas-funded politicians quick to blame sustainable wind energy that performed above expectations during the blackout and slow to answer the urgent needs of their constituents.

This while so many of their constituents were unable to heat their homes, access safe drinking water, or find useful information from their elected representatives.

True accountability for what happened last week begins at the ballot box, but Texas leadership makes it harder to vote than anywhere else in the country, undermines fair representation with gerrymandered maps, and allows unlimited campaign contributions from industry interests to state officeholders tasked with regulating those industries, including the oil and gas and energy industries.

That Governor Abbott and other political leaders have cynically and falsely assigned blame to renewable wind energy to score political points and evade accountability while more than 4 million Texans were actively suffering only underscores the power that special interests hold over our political system. Until the people have power over our democracy in Texas, we cannot fully hold those in power accountable or rely on state leadership to make necessary and equitable investments in our aging, poorly regulated infrastructure that will certainly face more tests in the future due to extreme weather events caused by climate change.

However, instead of focusing on these urgent priorities at the legislature, Governor Abbott and the politicians in charge have clearly signaled they are committed to making it even harder to vote with proposed legislation that would unfairly create more barriers to democratic participation for historically marginalized communities.

These are the same Texans who bear disproportionate harms from disasters like we experienced last week. We saw countless examples of that across the state.

Thankfully, while many politicians failed us last week, there were countless stories of Texans stepping up to care for family members, neighbors and even complete strangers to help keep people warm and safe.

Holding power accountable is a huge part of the work we do at Common Cause, and we cannot have accountability without participation from everyone impacted by the state’s ongoing crisis of leadership and service.

We welcome Thursday’s hearing as a crucial first step toward accountability but we won’t get far unless we begin to empower voices of marginalized communities, increase civic participation, advance voting rights and reform our corrupt campaign finance system at the same time.